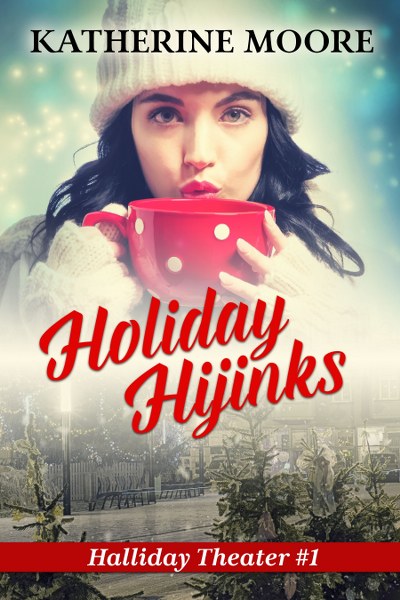 It’s Christmas, and this year Emily Halliday is trying something new at the struggling revival movie theater she runs for her great-grandmother. After all, how many times can you show It’s a Wonderful Life?
Emily was hoping to make a little profit on “Holiday Hijinks,” her “counter-programming Christmas” event. What she never expected—plot twist—is that an unexpected guest will turn her own life into a romantic comedy.
Holiday Hijinks is the first in a new series of cozy romances set in the small Pacific Northwest town of Silver Birch, Washington. A short read (15K) for a busy time, Holiday Hijinks introduces a whole new cast of characters while bringing back “cameos” from the “Meredith Manor Hotel” books, which are also set in Silver Birch.
If you love movies and food and romance as cozy as flannel jammies, Holiday Hijinks is the Christmas read for you.

“Christmas counter-programming,” Nella said slowly, and I could tell she wasn’t buying it.
“I know it’s something different,” I said, “but how many times can we show It’s a Wonderful Life?” “Everybody loves It’s a Wonderful Life,” she said. “Except you.” It’s true. I hate that movie. I watched it once when I was a little kid and thought it was so sad I turned it off before the end and have never watched it again. I know my dislike of the beloved classic is a minority opinion, but I stand firm in my belief that the best Christmas movie ever is The Muppet Christmas Carol. Because…Muppets! And Michael Caine!! “The Halliday holiday showing of It’s a Wonderful Life has been a Christmas tradition for decades,” Nella said in her “It’s-always-been-done-this-way” voice. Which to be fair, she hardly ever uses. For a woman in her late nineties, she’s surprisingly open to trying new things. She even booked The Brown Bunny into the Halliday Theatre back when the only person willing to stand up for the film was the late Roger Ebert—and even he wasn’t onboard until he saw the director’s cut. Still, my great-grandmother can be stubborn about some things and the Halliday Theater belongs to her, so if I want to do anything too radical, I have to run it past her first. Hence my sales pitch. “Exactly my point.” I said. “We always screen the movie, but so does every single basic cable channel. I think we had a grand total of ten people show up last year, and most of them just came for the Christmas stockings we handed out.” Actually, two of our patrons had been teenagers who just needed a place where they could have some privacy to make out. I sympathized. It isn’t easy getting alone time during the holidays with all those family members around, so I’d steered them to the seldom-used second floor balcony and told them to clean up after themselves and gave them a stern warning that if I found any empty beer cans, smoked-up joints, or used condoms on the floor they’d be banned from the Halliday for life. Not only that, I’d threatened, but I’d sic Nella on them. Silver Birch is a small town and my great-grandmother knows everybody. Everybody and their grandmother. If you get on Nella Halliday’s bad side, you might as well leave town. Even then you might not be beyond her reach. She has more than four thousand friends on Facebook and around thirty thousand people following her Instagram account (@nellathefilmgranny). Not that I’m competitive or anything, but that’s about twenty-nine thousand seven hundred more followers than I have. “Only ten patrons? Surely it wasn’t that bad,” Nella said. Oh yes, it was. The thing is, getting people out of the house to see a movie during the holidays when they can stay at home in their flannel jammie pants and binge-watch Christmas movies on the Hallmark Channel is a challenge. Everybody’s seen all the Bing Crosby films. Everybody owns their own DVD copy of A Christmas Story that’s collecting dust because everyone streams movies these days. Everyone knows all the words to the songs from How the Grinch Stole Christmas. Whether your taste is for edgy movies like Bad Santa or more traditional animated fare like Rudolph, chances are you’ve seen them all. Some of them twice. Some of them every single year since they came out. (And who didn’t love Peter Dinklage’s turn in Elf long before he swaggered across Westeros as Tyrion Lannister or crack up at the hilarious bit where Lee Majors saves Santa Claus in Scrooged?) And then there are all the movie-goers who don’t celebrate Christmas. By the time the actual holiday rolls around, they’re usually pretty sick of the whole Christmas-centric-ness of the winter celebrations. It’s even harder to coax them out of their houses. If you’ve spent a week stuffing yourself with latkes—because latkes are the best—and rugelach, you probably don’t feel like suiting up and heading out into the cold to celebrate a holiday that isn’t even your own by watching a movie that’s already in heavy rotation on Netflix and Hulu and the ABC Family Channel. If you’re like my friend Roz, you’d rather stay in and watch a marathon of Homicide Hunter and Forensic Files episodes. (Don’t judge. Baking shows aren’t for everyone.) All to say that showing It’s a Wonderful Life was not going to put butts in seats any more. 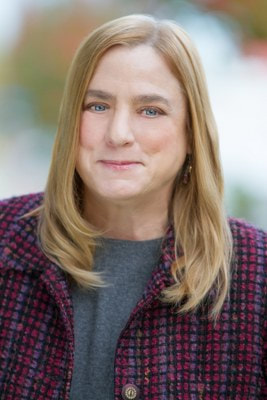 Born in Washington, D.C., Katherine Moore now lives in a small Pacific Northwest town very much like Silver Birch. She has worked as a food writer, a caterer, and a movie extra as well as a freelance lifestyle reporter and staff writer for magazines in Honolulu, Los Angeles, and Richmond, Virginia. 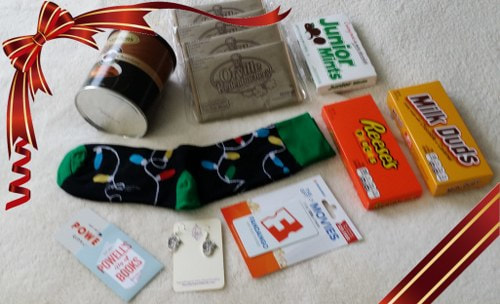