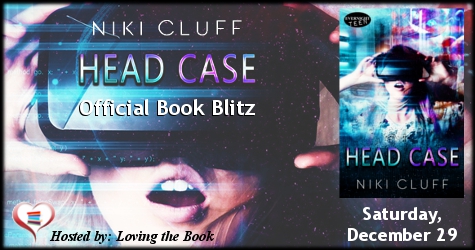 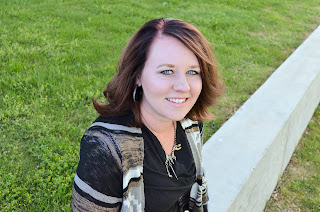 Niki Cluff lives in Northern Arizona with her husband, three children, and Great Dane who also doubles as a pony. For the last four years, she has worked as a literary intern sorting through queries while writing her own books. When she isn't writing or watching BIGBANG and EXO videos, she's sketching, playing video games (Legend of Zelda is her favorite), crocheting, and cooking. Copycat recipes are her specialty. She's also a massive anime fan (Sailor Moon forever!) and hopes to visit Tokyo some day. 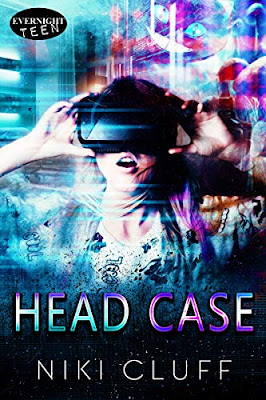 Allyson has been in a coma for the last nine months. What’s worse, she can hear everything the doctors say. She knows they’re keeping her in a coma and that she’s at the mercy of the hospital's First-in-Human trial—a VR system implanted in her brain for a second chance at life.

Attached to the VR, Ally discovers worlds unlike home. She can do whatever she wants, but she misses her parents. With help from Harrison, a rabbit-eared boy, they work together to free themselves from Aishwarya, the mad queen of the world.

But when Harrison wakes up and doesn’t come for Ally, she’ll split her soul to the brink of death to save herself.

No one answers my calls. I’m overwhelmed by the sinking sensation that I’m alone in this world too. Always alone. I let out a frustrated puff of breath. I look at my hands, my body. Everything appears normal, but the grafts on my skin, the itchy scarring and bandages, they’re all gone. My chest tightens, but I don’t know if it’s out of fear or relief. In this world, I’m perfect. I’m barefoot as I glance at the ground. A dirt path stretches in front of me and behind me. It’s smooth without large rocks or divots. I don’t know where the path leads. To the left is a blank space of darkness and to the right, the forest stretches on. I head right since it’s the only direction I have.

This is the virtual reality system again. It has to be. My mind hasn’t created elaborate visions like this since I first arrived. Everything I knew became blurry over time. But I don’t know why it’s put me in this world and not the home I’d built before. Or the school like Doctor Zain had promised my parents. Clearly, I don’t have control over where I travel in the VR. Along the path, I spy drops of dew larger than my head clinging to long leaves. I take a moment to look at my reflection. My hair is a light shade of blonde, almost white, the same as it was before I entered the hospital, but my dark roots haven’t grown in yet. They should have after nine months. It’s longer than I remember it being, hanging well past my chest. I don’t know if it’s an exaggerated version of myself or the way I look after nine months of not seeing my own reflection in the mirror. I still don’t know what I look like.

I continue moving down the path as strange birds, or what I think are birds, possibly pieces of toast covered in jam, maybe both, pass overhead. Lightning crackles in the sky. A sense of awe and wonder overwhelms me. A thrill travels down my spine and I shiver. “Well, well,” a voice purrs, but I can’t tell where it’s coming from. There are so many places in the thick leaves and heavy overgrown grass to hide. “Looks like we have a newbie.” “Who’s there?” I ask, squinting my eyes to see the body behind the voice. I turn in circles, taking in the shadows and umbrella-like leaves and petals. “You’ll never see if you don’t look up.” The voice chuckles.