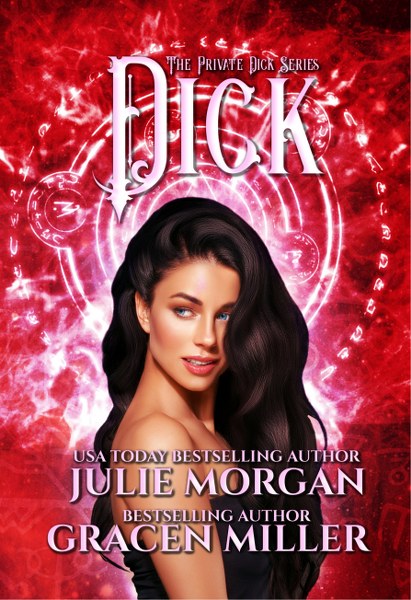 KING
Phuck is the king of New Orleans. A demon who offers immortality for loyalty and respect. As president of the Voodoo Dawgs MC, he's become as iconic to Nawlins' citizens as the French Quarter. With Voodoo Mama and his brothers at his side, he's untouchable, his power limitless. But when one of his demon brothers is discovered murdered, his life is about to be shaken up in ways he could've never anticipated.


Enzo is a sheriff, a shifter with a badge, who's lost his power and the respect of the citizens of New Orleans. Betrayed by those he trusted, he's fallen into disgrace, unable to remain sober long enough to pull himself together. When one of Phuck's men is found dead, Enzo calls in the big guns to help solve the murder.

DICK
Panther shifter Detective Natalia Cortes arrives to investigate a demonic killing in NOLA. It's not just any homicide, but the murder of a demon who happens to be part of the Voodoo Dawgs MC. The self-appointed King of New Orleans doesn't want her there, but she feels his heated gaze. The sheriff needs her help to solve the case, but the more time he spends with her, the more he wants to claim her as his mate.

Welcome to the Dark Days and Voodoo Nights of New Orleans!

Some days were sunshine and fucking rainbows. Today was not one of those days. The midday sun was hot like a whore who’d just fucked for her next hit, or the drunk who scored their next drink. Then again it was fall in NOLA. Living farther north in Louisiana had its perks. The humidity was still god-awful, but at least Shreveport didn’t have the smell of puke around every corner. Home sweet home. Natalia sipped her water and set down the glass while she stared at the knife given to her. When Maul handed it over, she didn’t expect that to happen. Then again, if he was guilty, he’d just laid out his losing hand. He wasn’t an idiot. It was obvious he didn’t do it. Why give up the murder weapon? Someone passed by her office door, and she looked up. It was a new female detective, someone who’d transferred to New Orleans. Natalia smiled whilst staring at her plate of food. “Hey, Enzo.” Her partner looked up. She glanced over to him and frowned. “Drop the puppy-dog eyes. We’re working here.” He chuckled. “Sorry, can’t help it. You’re gorgeous.” A slight smirk turned up the right side of her mouth. “Thank you. Now seriously. The new chick who just joined the unit.” “Yeah? What about her?” Enzo stood and crossed the room, hands on his hips. He looked out her office window and pointed. “Yeah, I see her. You need her?” “No, but I have a question.” “Not sure I can answer it. I don’t know much about her,” he said and went back to his desk. He picked up his coffee cup and took a sip. “She’s vegan, right?” He shrugged and took another sip. “Hmm, now I’m curious. You think she swallows? You know, since she’s vegan?” Enzo coughed and dropped his mug. It shattered on the floor, and he busted out laughing. No, scratch that. The man openly howled with laughter. She raised her brow, sat back in her chair, and crossed her arms over her chest. “I’ll let you catch your breath and clean up your mess before we dare continue.” He swiped his arm across his mouth, then laughed a little harder. “I cannot believe”—he laughed again, his eyes producing tears—“you asked that.” “It’s a valid fucking question! I mean, come on. It’s protein!” 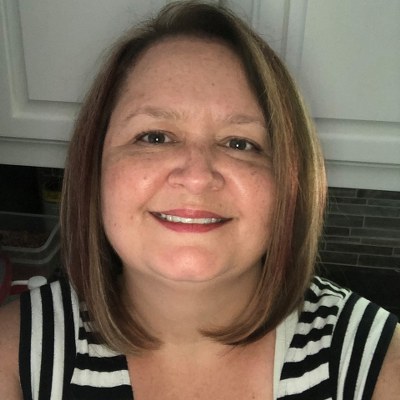 Gracen Miller is a hopeless daydreamer masquerading as a "normal" person in southern society. When not writing, she's a full-time mom for her two sons and a devoted wife to her real-life hero-husband. She has an unusual relationship with her muse, Dom, but credits all her creative success to his brilliant mind. She's addicted to writing, paranormal romance novels and movies, Alabama football and coffee...addictions are not necessarily in order of priority. She's convinced coffee is nectar from the gods and when blending coffee and writing together it generates the perfect creative merger. Many of her creative worlds are spawned from coffee highs and Dom's aggressive demands. 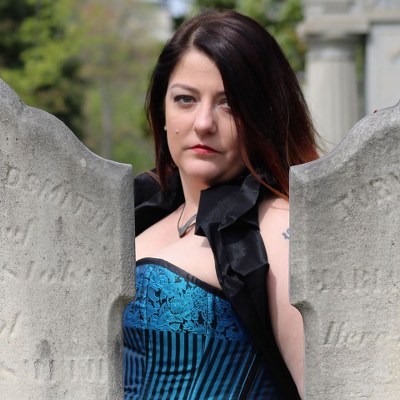 Originally from Burleson, Texas Julie Morgan always had a love of books, especially paranormal stories. Julie finally took the leap to begin writing with encouragement from her family.

Having worked in IT her entire career, Julie now spends her free time writing. Living in Central Florida with her husband and daughter, her favorite pastime is reading children's stories to her daughter, especially those around animals.


The brains behind DICK…

Authors are adaptable creatures. We look for story ideas from a variety of places and they often come at us from unintentional places. It can be a joke on a cruise ship that provides inspiration, a song lyric can spark creativity, and a newscast can provide fodder. Even a dream spawned my Road to Hell series and my anthology story, Hex (from A Darker Shade of Evil). Random conversation can lead to magical moments when the course of a story is revealed to the author in precise detail. That’s what happened in the case of The Private Dick series.

Dick started off as a silly conversation between friends (Julie and me) about our love of the characters Loki and Thor. We both love Loki and his mischievousness, but neither of us would kick the righteousness that is Thor out of bed. It’s not their looks, although *fans self* both are eye-candy, but it’s their personalities that seduce us into loving them. Loki’s devilish wickedness is incorrigibly engaging and Thor’s honor cuddles with my sense of loyalty to family and friends.

It was that silly conversation that sparked a storyline full of characters. Each was crafted with a unique blend of honor and loyalty, on divergent journeys, and all of them broken in different ways. One random chat breathed life into The Private Dick series.

One chat inspired a book signing full of “dick” jokes…
“Do you want Dick?”
“I sure like that Dick you’re holding!”
“How much is your Dick?”
“Grab me that box of Dick.”
“Who wants some Dick?”
“Dick will be coming on July 11th.”
And my personal favorite, “As a card carrying lesbian, I just didn’t think Dick would be for me… boy was I wrong!”

One chat united two lives on a quest to discover The Private Dick series together.

One random conversation brings you the slogan, “This Dick needs a demon, Phuck.”


The power of silly chats and random consequence is responsible for Dick (The Private Dick series #1).