Hell On the Highway by Stephanie Nichole Book Tour and Giveaway :) 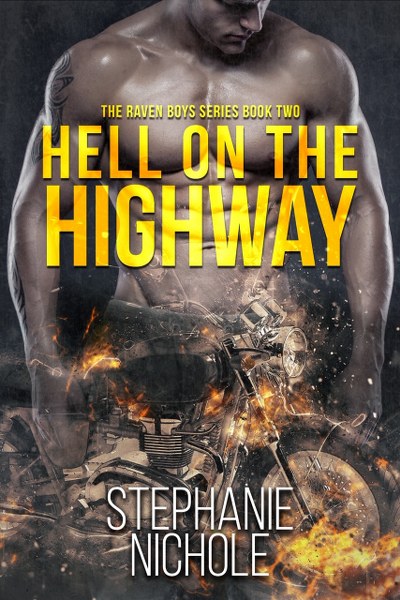 Jude is used to doing everything on her own. There are two people that she knows she can rely on, her father and best friend Kai. However, her father’s failing health has her barely managing financially. Between nursing school, medial bill co-pays and everyday life she’s struggling. Her only saving grace is racing. When she gets an inside invite to the elusive Brody Raven drag races she knows she can’t refuse.
Brody Raven is the youngest and wildest of the Raven brothers. They own and operate a local bar as well as the Raven MC. However, Brody loves to drag race and it’s no secret that he runs an illegal drag racing set up behind the bar.
Brody isn’t prepared for Jude and his cocky, undefeated attitude catches up to him behind the wheel of his car. However, losing is the last thing on his mind once he lays eyes on Jude but she has a secret, a big secret, that could completely tear them apart.

“It’s gorgeous,” she says, but for the first time, my eyes aren’t on the water. They’re drawn to her and the way the moon above casts a halo of light around part of her. The other part still hid in the shadows of the night and trees.

“It is,” I say, and when she looks at me, she knows I’m referring to her and not the scene in front of us.

She laughs and shakes her head, before turning to face me, her arms crossed over her chest as she leans back against the tree trunk. “Does that actually work?” I raise my eyebrows in question. “This,” she replies, waving her hands around. “Bringing a girl out here, the moonlight, the water, the cheesy line while you stare at her. Is this your game, Brody?”

She has no idea what she’s talking about. I step forward, eliminating the space between us and notice the small hitch in her breathing. “This isn’t a game. I don’t play games,” I tell her in a husky whisper, as the floral scent she wears hits my nose. Jude rolls her eyes like she doesn’t believe me, but the blush on her cheeks tells me otherwise. Another step toward her. “You don’t believe me?”

“Brody, I grew up with the boys. I know how you all work. I’m not some dumb girl that falls for sweet words whispered under the moonlight.”

One step and I’m directly in front of her. “I never thought you were that girl.” Shaking my head I tell her, “You’re different from every girl I’ve ever met Jude. That’s why I brought you here. I’ve never brought anyone here…not even my brothers. I don’t play games because I don’t need to. I see no sense in them and let’s be honest, we both know my reputation and that I don’t need to play games to get what I want-- but you’re different.” I reach out and trace her jaw bone and notice another hitch of breath. “I know what I want. What do you want, Jude?”

She bites down on her bottom lip for a moment, but that moment feels like forever. The crickets sing in the background along with the thunder rolling in the distance. The breeze dances in the air. It’s just like the movies where everything is in slow motion and it’s exciting and torturous, all at the same time. I’m waiting for her to make a move and finally, ever so slowly, she reaches her hands out and fists them into my shirt, pulling me into her. I lean down and hover just above her lips, my entire body humming with anticipation. Just when I think she’s not going to make a move and I’m about to give in, she closes the space between us.

Her lips on mine, the slight citrus taste of Mountain Dew lingers on her tongue, her hands moving up my chest to wrap around my neck; all of it is intoxicating and addicting and completely terrifying. 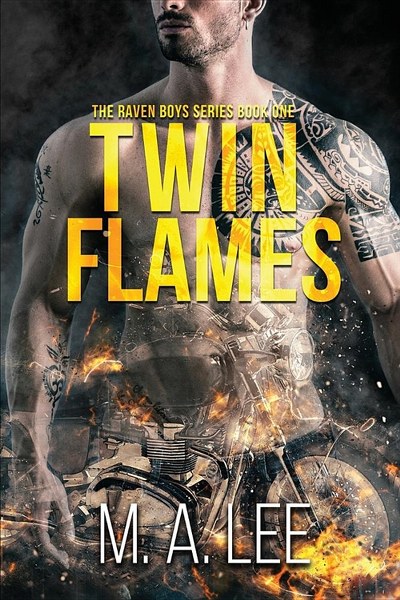 Ivy Allan left home and never looked back. Ivy believes she has enough distance between her dark past to be able to live as the new Ivy- the girl no one knows. However, when she arrives at college and befriends wild-child Lacy, her journey to a new life is distracted by a Raven Boy.
Jameson Raven only loved one thing; his motorcycle. Being every girls wet dream, Jameson  is a legend in the motorcycle club world. Never taking life too seriously, this cocky bad boy didn't care about anything or anyone other than his clubhouse. But, that all changed the day he met Ivy.
After a chance encounter with Ivy, Jameson finds himself intrigued by the mysterious girl who seems unaffected by his appeal. Only, Jameson won't take no for an answer when it comes to Ivy.
What begins as a troubled friendship quickly evolves into a wild and steamy romance. With an enemy of the Raven Boys set out to destroy the Raven Clubhouse Jameson and his brothers will stop at nothing to save their clubhouse and their family name. With Ivy's help, Jameson discovers what is really worth fighting for. And both Jameson and Ivy are willing to get burned in the process of finding love. 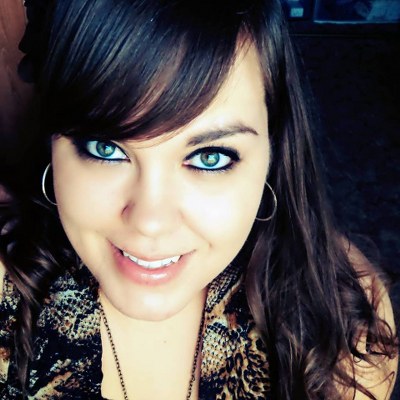 Stephanie Nichole lives in a small town with her family in New Mexico. She graduated college in 2010 with a degree in business and accounting. However, her true passion is all things book related. As a student English and Literature were her favorite subjects. Weekly library trips with her mother also helped instill her love for books. Stephanie would look forward to summer most of all, not because she was out of school but for the summer reading groups at her local library. After a friend's encouragement she started her author journey in 2016.

Stephanie also loves to connect with her readers on social media.