The Last Flag by Wren Cavanagh Book Tour and Giveaway :) 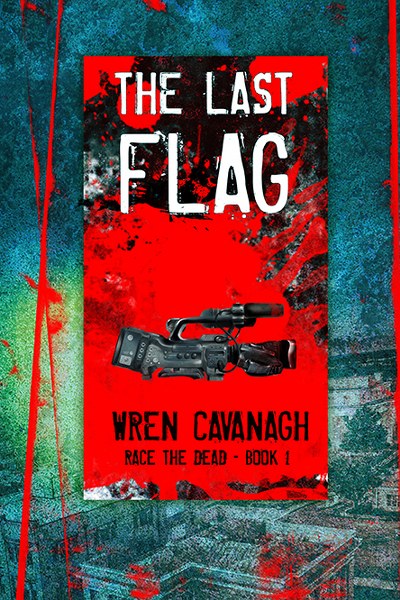 What would you do to pay the bills; to survive, or to just get rich, would you compete against other teams in a quarantined town filthy with zombies wanting to bite out your throat?


Emma and Lewis sign up for the race, they need the money to save his life. But they won't just be racing the dead, the surprise blizzard or the other contestants.

Because anger and vengeance know no bounds and like everyone in the blighted town they become pawns in a game of retribution.

The contestants become nothing more than live entertainment to viewers who watch and judge their every move in the town of Prideful as they race each other to arrive alive to a final flag. The team that makes will get airlifted out alive and go back home richer for it, the others walk back to a pittance and if they are not careful. They won't get out at all.


The three women looked at each other, shrugged and resumed their run with none of the arrogance and levity they displayed at the start of the race. The dead man began to follow them, but slow and unsteady, he was soon left behind. 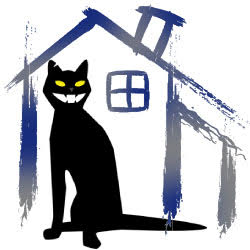 Wren Cavanagh, that would be me. Also writes under the pen name Junior Sokolov.


An artist and writer from great North West.

I am grateful that I have this opportunity to share my work and imagination with you. Growing up my head was always stuck in a book or a comic book (before they got fancy and got the moniker "graphic novels").

More often than not those books were filled with monsters, werewolves and vampires.
Then the likes of Godzilla showed up along with their brethren, born from the very justified fear of the atomic bomb and its consequences.

And that is what I love. Escaping into worlds of monsters and heroes, and sometimes they are one and the same!
Letting my imagination run along and bring into the narrative what I see around me everyday.

I hope that you will enjoy my stories. Find in them a temporary and enjoyable escape of your own.

• What is Notch Publishing House?
I created it when I started as an indie writer using the pen name of Wren Cavanagh. But I’ve always wanted to add more writers. I love reading, love hearing different voices and interpretations on established mythologies and of course, love being entertained as a reader. It’s why I have just launched our first anthology / contest event.
So that we may hear new voices and establish a relationships talented writers.
• What is the anthology event about?
It’s built on Lovecratian Mythos. But I wanted fiction that transports that mythology to a recent world. Nowadays we wear fitness trackers or phones that know where we are. Can remember and anticipate our habits. We connect and access our devices across networks on multiple platforms. Cameras are everywhere. Can old monsters keep their mystery? Do they have any more privacy that we do? We could have space stations on faraway planets in decades.
And as for humans, things and attitudes have changed since the times Lovecraft created his works. How many people would slap a video of Innsmouth odd citizen waddling into the ocean faster than you could say Dagon. Vlog ghouls or do or maybe use AIs to trap an elder God. Or are we too jaded for them, who cares about Cthulu when are off to an hospital visit without insurance. When you see climate changes take out your farms.
• What are the payment, or prizes?
The anthology pays out anyweher from $10 to $25, depending on length and quality. I’d like to assume the quality will be good all around. So it’ll be down to length and originality. I hope we’ll have a lot of diverse voice. And there’s no charge to submit the fiction.
https://nphzone.com/anthologies-and-contests/darkness-wired-anthology-2019/
• The Contest?
The contest has multiple awards:
1st place: $500, 2 paperbacks and a digital copy of the book.
2nd Place: $200, 2 paperbacks and a digital copy of the book.
3rd place: $100, 2 paperbacks and a digital copy of the book.
4th place: $50, 2 paperbacks and a digital copy of the book.
5th place: $30, 2 paperbacks and a digital copy of the book.
All others: $25.00 and 1 paperback, a digital copy of the book.
https://nphzone.com/anthologies-and-contests/darkness-wired-contest-2019/
• But it has a fee.
Yes it does. Notch Publishing House it still a small business and it’ll help defray some of the costs. I kept the fee as low as I could to allow as many people as possible to enter the contest. Realistically a couple of fancy Starbucks drink could be more expensive than submitting a manuscript to us. And I think the prizes make it worth it.
Some writers are not fans of the fees. And I understand that point of view. I have entered contest that had fees. You really feel like you’re putting yourself on the line. Conversely, I read comments from other writers who say it motivates them.
• Who do you hope will contribute, to the contest or the anthology?
Anyone with talent and a love for the genre of course. But I’d love to read fiction from folks who are not commonly heard. Minorities, artists and writers from underserved communities. Straight as well as LGBTQ writers. I’d love to hear their take on the Lovecraftian mythos.
For the contest contributors we have special prompts.
• What are Notch’s Publishing House’s next projects?
We have coming up the Honeycomb novel. Sci-fi horror, combined with plantary colonization. The sequel to “The Last Flag” a zombie novel. And of course Jericho the cat from heaven who fights the supernatural in a quaint Oregon coastal town will make a comeback later in the year.
• Who is Notch?
A feral cat I rescued some years back. He loves to read.