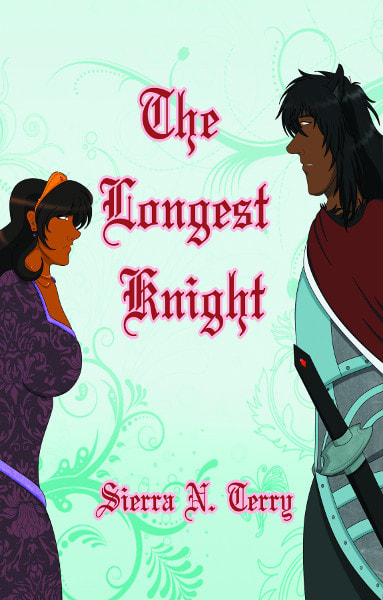 The Longest knight is an erotic romantic fantasy Illustrated novel about Princess Milena and the love she carries for the one and only Werewolf knight in her kingdom. After three long years of war with the Borras Kingdom, Princess Milena is sent away in secret by her father to her grandparent's house for her personal safety and she gets to bring none other than the wolf that holds her affections. With the road full of enemy soldiers, wild animals and the threat of being discovered, can the pair make the three day long ride there unharmed? Or will the dangers of war tear them apart before Milena ever has a chance to tell her knight her heart's desire? 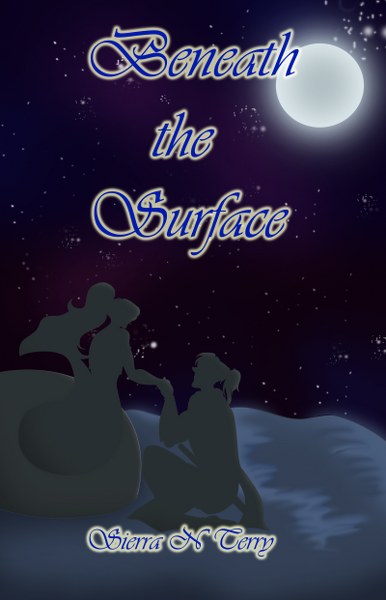 Beneath the Surface
The Four Kingdoms Book 2

On a seemingly normal night, Jonas, a kind-hearted knight, saves a beautiful young woman from a vicious attack. He quickly finds out the young woman is actually a mermaid and as she disappears into the water Jonas vows to find her again, so taken by her mere presence. However, ever since they crossed paths Jonas began having strange ominous dreams about her, making him want to see her again even more. What do these dreams mean and why is he having them all the time? These are just some of the questions Jonas seeks answers to but all he really wants is a chance to make her his special lady.
The Four Kingdoms series is a series of novels that are loosely based on one another. Most are romantic but not all, one is erotic but none of the others are quite as intense. Each story takes place in one of the four kingdoms but each individual novel can be read as a stand-alone story(but it is highly recommended that you read the first one, The Longest Knight first). Every story has its own strange uniqueness that I hope you will stay with me until the very last one is released!

A scream
Jonas hears a scream ring out in the quiet night. First one he has heard of in a very long time. Every time he gets night patrol, like today, he always prays to the 4 Gods that it's a boring night. A lot never really happened in his oceanside town and Jonas likes it that way. 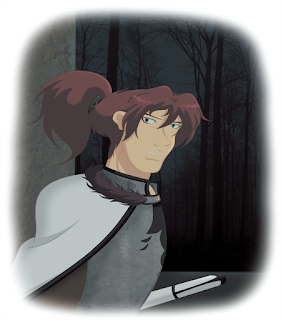 Nonetheless, someone needs help and as a knight, he's there to protect and serve so he must go investigate what the problem is. He quietly jogs through the trees towards where the scream came from and as he drew closer to the spot, he can hear more people talking and grunting in agitation. In a clearing in front of a large clear lake Jonas spots the disturbance: two men have gotten ahold of a young woman. One holds her on the ground and the other is trying to get a good grip on her legs to pry them apart. The man at her legs is largely unsuccessful since the woman is thrashing so hard under him, he can't get a good grip. "What are you doing?? Hurry up and get her legs open!!" The man holding her arms down yells at the other. "Can't you see I'm trying?! This bitch won't quit!" Suddenly one of the woman's legs hits the man in the face and he topples backward, blood quickly staining his lips. Jonas is impressed, her legs are nice to look at AND strong. "Hey, you there!! Let her go!!" Jonas yells out as he reveals himself and rushes towards the scene. The one man that was kicked is holding his nose in pain still and the other isn't doing a lot better. Jonas didn't see how it happened, but suddenly, the woman's thick hair is wrapped around the man's head and now he's screaming and trying desperately to get it off.
Instead of getting the hair off, Jonas knocks the man out with the hilt of his sword, so he will at least stop screaming and stop hurting everyone's ears. The other man gets away in all the commotion, but Jonas is certain if he has that guy's buddy in custody, then he can track the other one down later. Right now, he must tend to the woman and make sure she's okay. The woman's hair untangles itself from the man's head and returns to normal but after watching it's obvious it's not normal hair. He slowly kneels next to the woman that is now panting softly on the ground. "Hey, are you alright? Did they hurt you?" Jonas asks, placing a hand on her shoulder. The woman lies there not responding right away but this gives Jonas a chance to look her over completely and realizes her beauty. She's slender with large hips and smooth porcelain skin. Her hair is full of big thick curls that would make any woman jealous. However, it appeared to be multicolored, not something he has seen very often. 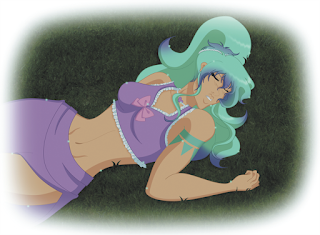 Jonas is amazed, he'd never seen such a color on a lady or anyone else. It's mostly a blueish green then changes to a shade of purple at the tips. Even with this strange color, it's still stunning. No, it's because of its color it's stunning. Her whole body looks like it's glistening in the moonlight, even her clothes. She wears a short top that showed off her nicely toned stomach and her long skirt has just as long slits on both sides, leaving nothing to the imagination with her legs. Jonas gulps. Those legs are looking more and more tempting the longer he looks at them. He just wanted to touch them, maybe rub them for a moment but after what he just saved her from, she probably wouldn't appreciate that. Suddenly, she appears to remember Jonas' presence and the unconscious man, then bolts upright, shoving her body out of Jonas' reach. "It's okay miss! I won't hurt you, I'm here to help!" He tries to calm her, but she scrambles to her feet to run anyway. Her footing is off, her legs wobble and she begins to fall face first back to the ground. Jonas rushes to her and catches the woman before she hits the ground. Her body is light and incredibly soft to touch. If she let him hold her longer, he'd gladly do it all night. With her so close to him he can take in her amazing scent: honeydew mixed with the ocean breeze. She reminds him of the sea in the early morning and good thing for him he loves the sea. "Please, don't!" She finally says to him. She stares up at him, terror in her soft eyes. Her pink colored soft eyes. There's no doubt in his mind now, this woman can't be human. "I told you, I'm not going to hurt you! You're safe. Are you feeling ok?" Jonas feels he must ask that last question. She was doing just fine earlier, thrashing and kicking her legs at her attackers but now she seems weak and tired like all her energy was drained at once. This beautiful woman is even shaking in his arms and Jonas has, at this moment, no other wants but to calm her and make her feel safe again. "No! Let me go! I need to be in the water!!" She yells at him, shaking her head. Her hair brushes against his face and it feels like silk. "The water? OK, ok, I'll put you in the lake." Jonas slips his other arm under her legs and thanked the Gods in his mind that he got a chance to touch them without appearing creepy. 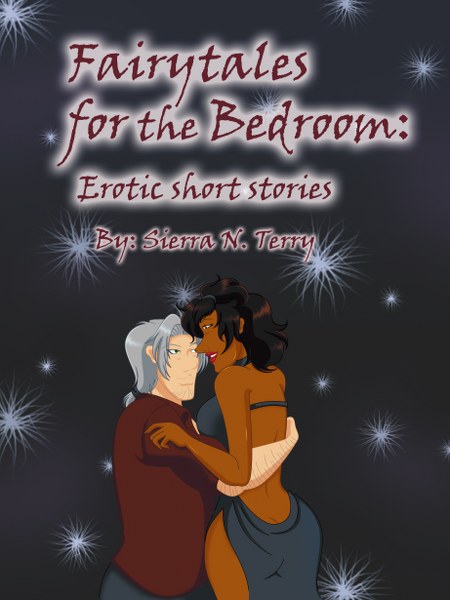 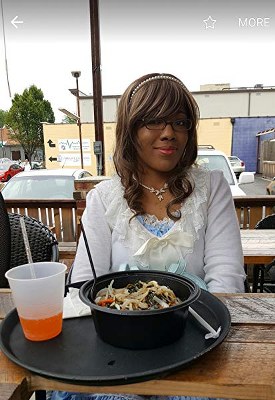 Born and raised in Central Virginia, there was almost no chance Sierra Terry could have grown up NOT being creative. Her mother was and still is, highly creative with her drawings and poetry and she always encouraged Sierra to pursue her work even if she didn’t always like the subject matter!


Sierra realized pretty young she loved to draw and read and despite all the encouragement she had, she somewhat put her creativity on the back burner until a few years ago. No job ever interested her like art and storytelling did, so in her mid-20s she started her comic again and worked on it like a second job! Since then she has finished drawing the comic, wrote 5 fantasy novels and more recently put all her works under the business name Sailorfrill Studio as well as started selling at anime, book or comic conventions. 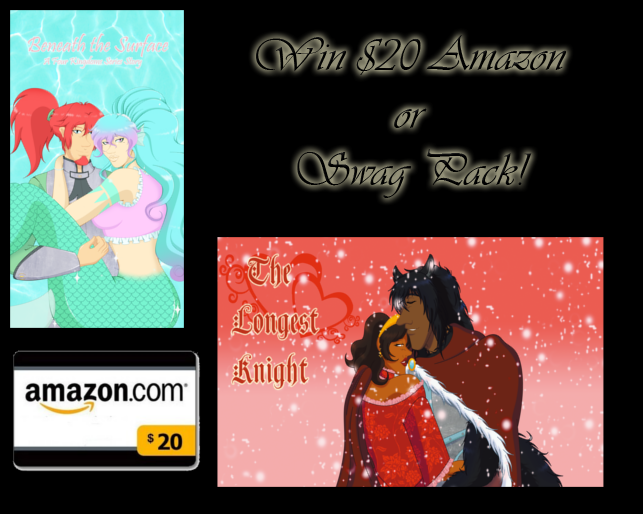