A Lady's Guide to Gossip and Murder by Dianne Freeman Blog Tour! 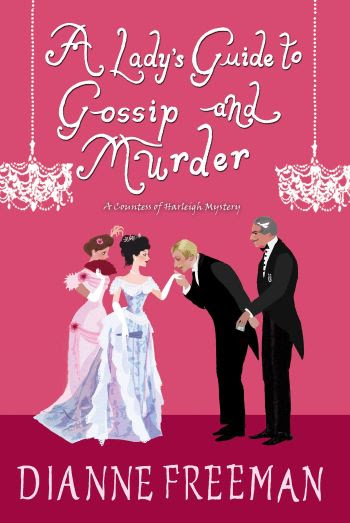 A Lady's Guide to Gossip and Murder by Dianne Freeman

How far will some go to safeguard a secret? In the latest novel in Dianne Freeman’s witty and delightful historical mystery series, the adventurous Countess Harleigh finds out... Though American by birth, Frances Wynn, the now-widowed Countess of Harleigh, has adapted admirably to the quirks and traditions of the British aristocracy. On August twelfth each year, otherwise known as the Glorious Twelfth, most members of the upper class retire to their country estates for grouse-shooting season. Frances has little interest in hunting—for birds or a second husband—and is expecting to spend a quiet few months in London with her almost-engaged sister, Lily, until the throng returns. Instead, she’s immersed in a shocking mystery when a friend, Mary Archer, is found murdered. Frances had hoped Mary might make a suitable bride for her cousin, Charles, but their courtship recently fizzled out. Unfortunately, this puts Charles in the spotlight—along with dozens of others. It seems Mary had countless notes hidden in her home, detailing the private indiscretions of society’s elite. Frances can hardly believe that the genteel and genial Mary was a blackmailer, yet why else would she horde such juicy tidbits? Aided by her gallant friend and neighbor, George Hazelton, Frances begins assisting the police in this highly sensitive case, learning more about her peers than she ever wished to know. Too many suspects may be worse than none at all—but even more worrying is that the number of victims is increasing too. And unless Frances takes care, she’ll soon find herself among them...

Advance praise for A Lady’s Guide to Gossip and Murder

“Readers will enjoy playing amateur sleuth as they learn what really might be going on behind closed doors in 1899’s best British homes.” —Heather Redmond, author of A Tale of Two Murders “The full cast of talkative aristocrats, the lighthearted tone, and the fast pace will keep readers actively engaged. This would make a wonderful introduction to cozy mysteries for fans of Regency or Victorian romance, and it will also hit the mark for followers of Elizabeth Peters and Deanna Raybourn.” —Booklist “A charming period mystery with enough sexual tension and credible suspects to keep the reader guessing.” –Kirkus


Praise for A Lady's Guide to Etiquette and Murder

“Fans of Georgette Heyer will appreciate the hints of romance, while aficionados of Deanna Raybourn or D.M. Quincy will delight in the banter-filled dialog and period details.”—Library Journal, Starred Review “Fans of witty, lighthearted Victorian mysteries will be enthralled.”- Publishers Weekly Starred Review “This lighthearted debut tale of mystery, love, and a delightful sleuth will leave you wanting more—which is presumably just what Freeman has in mind.”– Kirkus Reviews “A delightful tale of shenanigans among the British aristocracy. Lady Frances feels very real—not too smart and spunky but no shrinking violet either.” —Rhys Bowen, New York Times bestselling author 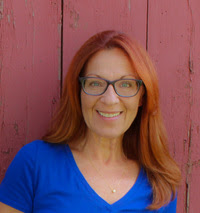 Dianne Freeman is a life-long book lover who left the world of corporate finance to pursue her passion for writing. After co-authoring the non-fiction book, Haunted Highway, The Spirits of Route 66, she realized her true love was fiction, historical mystery in particular. She also realized she didn’t like winter very much so now she and her husband pursue the endless summer by splitting their time between Michigan and Arizona. She's been nominated for an Agatha and the prestigious Mary Higgins Clark Award, and won the 2019 Lefty Award for Best Debut Mystery.

Do you try more to be original or to deliver to readers what they want?
I spent most of my adult life writing as a hobby and I wrote whatever I pleased. Every now and then, I tried to write to a specific genre and it always came out sounded tortured and forced. Because I write mystery, there are specific elements that must be included—a crime, and a victim, and suspects, but otherwise, I tend to let my head and my heart guide the plot, rather than try to imagine what readers expect.

Do you think someone could be a writer if they don’t feel emotions strongly?
Definitely. A writer tells a story and if we readers connect with the characters, we’ll bring all the emotional reactions.

Do you want each book to stand on its own, or are you trying to build a body of work with connections between each book?
Currently, I’m working on the Countess of Harleigh Mystery series so each book is definitely intended to be connected. The main character, Frances, has a lot of room for growth, and I’m enjoying watching her come into her own over the course of each book. Having said that, over the course of the series, I have no idea which book a reader will pick up first, so each book still has to stand alone.

How did publishing your first book change your process of writing?
I had a three-book contract and I had to produce an outline for books 2 and 3. I never wrote an outline for the first book and thought an outline was just going to ruin the creative flow. Instead, it allowed me to eliminate plot holes before writing a single word. Seeing the whole story in the smaller structure of the outline also allowed me to play “What if?” with the plot much easier. If I made one little change, the story could go in a completely different direction. I love it. Now I would never write a novel without an outline.

How many unpublished and half-finished books do you have?
Back when I was just writing for my own amusement, I probably produced half a dozen first drafts, but I don’t still have them. I did try to write two romance novels. They were so awful, I buried them in the back yard—then I moved.

What does literary success look like to you?
To me, literary success is finishing a book. Having a publisher want to publish it and having readers who enjoy it. When readers email or message me to tell me they loved my book, that’s success.

What kind of research do you do, and how long do you spend researching before beginning a book?
My series is set in London in 1899, so I spend a lot of time in the British newspaper archives. In addition to making sure the premise to the story is even possible, I like to find out what events took place during the week or so I’m using for the story. If there was a newsworthy event, my characters should have some reaction to it. Otherwise, I make notes as I go through the first draft and come across items or issues I need to research further. So, I do about half of my research up front, and half between the fist and second drafts.

What did you edit out of this book?
In the first Lady’s Guide book I had to edit out a lot of backstory. It was interesting, but it didn’t move the plot along. I didn’t edit anything out of this book, but I tend to write a very spare first draft, so rather than editing things out, I often have to fill things out.

How do you select the names of your characters?
I’m something of a name collector. I’ve heard so many names that are just begging to be a character in a book—not necessarily my book, but some book. When I’m writing a particular type of character, I often have a name ready and waiting for them. If the name still suits them after the first draft, I’m in luck. If not, it’s back to my little file of names, or I’ll sometimes search through books written in this era. Sooner or later, I’ll find one that works.

Do you read your book reviews? How do you deal with bad or good ones?
I don’t read reviews unless the reviewer tags me. I think people write reviews for readers not for the authors.

During the Blog Tour, one winner will receive a paperback copy of A Lady's Guide to Gossip and Murder and a $10 Amazon Gift Card! To enter, please use the Gleam form below. Giveaway Rules – Giveaway ends at 11:59 pm EST on July 6th. You must be 18 or older to enter. – Giveaway is open to the US only. – Only one entry per household. – All giveaway entrants agree to be honest and not cheat the systems; any suspicion of fraud is decided upon by blog/site owner and the sponsor, and entrants may be disqualified at our discretion. – The winner has 48 hours to claim prize or a new winner is chosen. Lady's Guide to Gossip and Murder