Summer in Scotland by Laurel A. Rockefeller Book Tour and Giveaway :)

Mary Queen of the Scots: The Forgotten Reign
The Legendary Women of World History Book 3
by Laurel A. Rockefeller
Genre: Historical Fiction

Queen Mary Stuart was one of the most beloved and controversial women in Scottish history. The granddaughter of King James IV and his wife Margaret Tudor, Queen Mary's status as heiress-apparent to Queen Elizabeth's throne in England paired with the violence of the Scottish Reformation set the stage for one of the most dramatic and poorly understood lives of the 16th century.

Mary Queen of the Scots tells Mary's true story, focusing primarily on her reign as queen of Scotland, celebrating her life more than her death and showing us all why she was truly a woman ahead of her time.

Features a detailed timeline, a list of Latin prayers with their English translations, and the lyrics to all four featured period songs performed in the book.

First off, I have to say that getting to read this book was AMAZING!  I am obsessed with anything Tudor and Mary Queen of Scots - I watch anything I can, read anything I can find whether it be historical or fictional, and love it all :)  So this was awesome for me!

I have not been able to finish reading the book, I am working on it and will have my review up within a day or so :)  It is REALLY good though and so far I recommend it!!!

Born, raised, and educated in Lincoln, Nebraska USA Laurel A. Rockefeller is author of over twenty-five books published and self-published since August, 2012 with editions spanning across ten languages and counting. A dedicated scholar and biographical historian, Ms. Rockefeller is passionate about education and improving history literacy worldwide.

With her lyrical writing style, Laurel's books are as beautiful to read as they are informative.


Laurel proudly supports Health in Harmony, The Arbor Day Foundation, and other charities working to protect and re-plant forests globally.

Walking in Queen Mary’s Footsteps: Palaces and Castles
By Laurel A. Rockefeller

Welcome to “Summer in Scotland,” our month-long celebration of Scotland and in particular the Scotland known and loved by its most famous queen, Mary Stuart, better known simply as “Mary Queen of Scots.”

Across Queen Mary’s forty-four years she lived in France, reigned in Scotland, and died in England. Though not all of the places she guested at, lived at, and/or worked from still exist (notably Fotheringhay Castle where she was executed in 1587), these six palaces and castles are not only still standing, but they are open to the public for you to visit this summer. 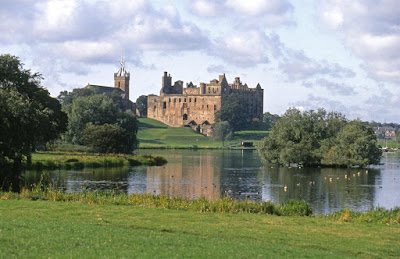 Linlithgow Palace (West Lothian, Scotland)
Built as a retreat from court life at Edinburgh Castle by the Stewarts, the peace and quiet of Linlithgow makes it the perfect getaway for royals and modern visitors alike. Overlooking Loch Linlithgow, there is scenic beauty and waterfowl aplenty to melt away whatever stress comes your way. No wonder it was the Stewarts preferred place to give birth and is Queen Mary Stuart’s birth place.

Open year round except on 25 December, 26 December, 1 January, and 2 January. Tickets start at £7.20 and are available at https://tickets.historic-scotland.gov.uk/webstore/shop/viewItems.aspx?cg=TKTS&c=WSLOTHIANS. 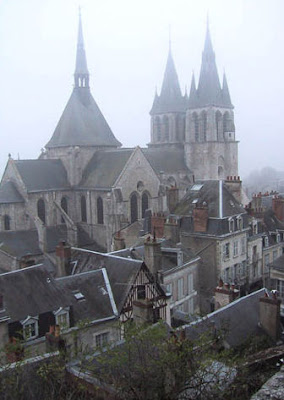 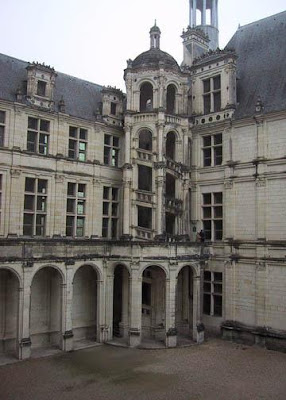 Château de Chambord (Loire Valley, France)
Favoured by Queen Mary’s father-in-law Henri II and designed in part by Leonardo da Vinci, Chambord is an architectural masterpiece that takes you into the mind of its creator. Features a unique double-helix staircase designed by da Vinci so that no one going up can meet anyone going down on it.

Open year-round except on 25 December and 1 January, you can stroll the outside grounds for free. Tickets to visit the castle and private gardens start at €14,50. Go to https://www.chambord.org/en/plan-your-visit/opening-hours/ for more information. 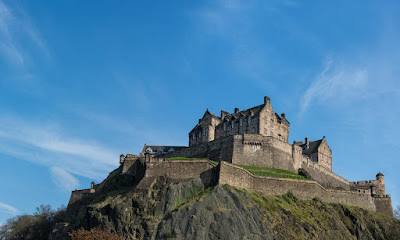 Edinburgh Castle (Edinburgh, Scotland)
At the heart of Queen Mary’s reign stands Edinburgh Castle which, appropriately, dominates the Edinburgh skyline. Situated on a cliff high above the rest of the city, it is easy to see why King David I (son of Margaret of Wessex and brother to Empress Matilda of England) chose the site for his castle. Queen Mary and her parliament ruled from here and on 19 June 1566 she gave birth to King James VI in the same bedroom you can visit today. Queen Mary herself made several improvements to the castle which intially she found dark and cold compared to the airy grandeur of the French court, adding wall-coverings and art to warm both body and soul, especially in winter. 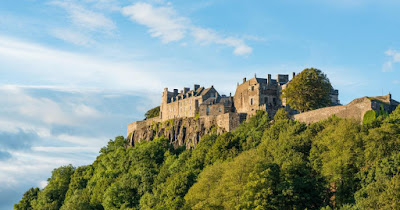 Stirling Castle (Stirling, Scotland)
Built in 1107, Stirling Castle is one of the historically most significant landmarks in Scotland’s long pursuit of freedom and independence from English conquest. William Wallace and Andrew Moray famously fought the Battle of Stirling Bridge near here in 1297 to retake the castle from England. Robert the Bruce’s 1304 victory at Bannockburn likewise returned it to Scotland. In 1503, King James IV built its Great Hall. Queen Mary held her baptism service for her son James (VI) here in 1566. When it was James VI’s turn to baptise his son Henry in 1594, he also held the baptism and its celebrations at Stirling Castle.

Open year-round except on 25th and 26th December. Tickets start at £15 if you purchase online or £16 at the gate. 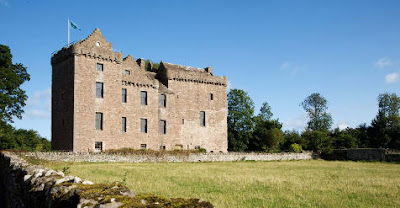 Lochleven Castle (Kinross, Scotland)
Built in the 14th Century, Queen Mary guested at Lochleven before its tower turned into her prison in 1567. This is where she miscarried or aborted James Hepburn’s baby, and where she abdicated her throne in favour of her son James.

Open 1 April to 31 October. Closed from 1 November to 31 March. Access by boat only. Tickets start at £9.00 which includes boat fare. Go to https://www.historicenvironment.scot/visit-a-place/places/lochleven-castle/prices-and-opening-times/ to purchase advance tickets (strongly recommended).

Wherever your summer takes you, I hope you will spend part of it with Queen Mary Stuart and will make “Mary Queen of the Scots: the Forgotten Reign” your first and best introduction to Scotland’s most tragic and famous queen. Available at your favourite bookstore world-wide in English, Chinese, French, Spanish, German, and Italian. See http//www.laurelarockefeller.com for complete links to all editions.