The Poet of the Heart by LaNona Walker Book Tour and Giveaway :) 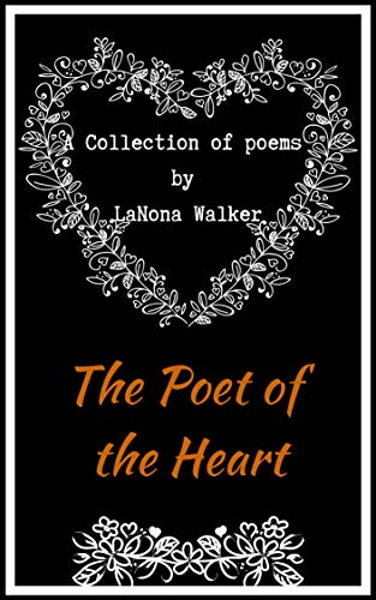 The Poet of the Heart
by LaNona Walker
Genre: Poetry

People can fade away, rose petals can be crushed and things can be lost, but at least you’ll remember how it was. The Poet of The Heart is a poetry collection that touches everything the heart can feel, hope for, cherish, and even regret. In a collection of poems ranging from romantic to heart-wrenching, LaNona Walker dives into her passions and writes from the heart. Fragmented pieces of dreams and losses combine to bring you a touching series of stories that have deeper meanings in their rhymes and lyrics.

There were two of them,
And they were everything between sailors and astronauts.
Always together, never separate.

Which one was real, no one knew.
One or the other?
Harder to pick, than you would think.

The better part of the other:
He the body, and she the heart.

The brother, the oldest of the two,
Was the strong and willful one.
The one that stood up,
That lead and protected, that spoke for the two of them.

The sister, the frailer of the two,
Was the quiet and kind one.
The one that was patient,
That followed and cared, that cared for both of them.

Twins with different minds,
But both one half of the other.

Which was which?
No one could tell.

But regardless, soon one would leave the other behind-
To be whole by themselves. 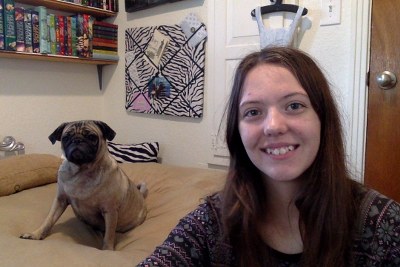 LaNona Walker is a book-aholic and major coffee drinker. When she’s not jotting stories down or getting lost in books, she can be found baking delicious treats while jamming to music or re-watching movies (mostly Marvel) with her Pug. Or getting dragged away from a bookstore by family members and friends.

The Writer & The Book
I have been seriously writing for about six years now. I'd always enjoyed it on the side, but then I had one writing idea after the other... and I just started pouring myself into it. I didn't expect The Poet of The Heartto be out in the world first; mainly because something as personal as a collection of poems is not something I ever planned to actually share or let others read. But writing is baring your soul, it's letting the words flow out of you.
I poured myself into the writing, I made myself go insane with the editing and revising (believe me, it's best for everyone that some of that nonsense came out). And it turned out for the best, it made the poems better for everyone to understand and connect with! Making sure the readers can feel any kind of connection to the stories was my main goal when I went back to make it all understandable. Before that though, all the poems had been strictly my poems- thoughts, fears, hopes- that I expressed from all of my heart. I switched to a lot of symbolism for that reason, that way it wasn't just my story anymore- but it could be the reader's too.

After I finished all the editing and revising, I designed the cover for The Poet of The Heart and then set it up for pre-order through Amazon. Now, I have my soul bared through my first book released into the world. So if anyone wants to know what it's like in my head, they can see my thoughts on a page (edited thoughts of course). And now that that's out, I'm doing the finishing touches of my sci-fi YA novel and then I'll be moving onto another writing project!

Thank you for reading!!
~LaNona Walker