A World Torn Down by Rebecca Fernfield Book Tour and Giveaway :) 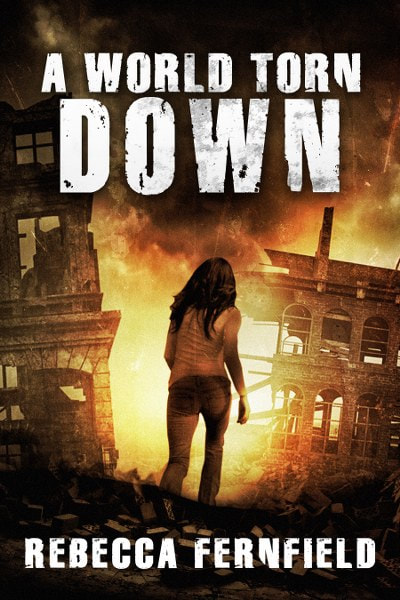 A World Torn Down
A Novel of Survival After the Apocalypse
by Rebecca Fernfield
Genre: Post-Apocalyptic

An extinction-level plague is only the beginning.

Cassie Morgan watched the world die from the comfort of her penthouse suite. She never expected her life of privilege to come to an end but, with all food gone, she has to face the survivors in the city alone.

Sometimes, when the SHTF, you have to kick off your strappy sandals, let your fake tan fade, your Brazilian grow out, and become the woman you are meant to be.

Rick Carter is the last of his unit to survive. To stay alive he must escape the disease infested city and head north to his prepper friend's self-sufficient farm. The last thing he needs is to rescue a woman with zero survival skills.

When the apocalypse arrives, most will die, some will survive, whilst others will thrive.

With most of the city dead, and no sign of rescue, Cassie and Rick have to rely on their own ingenuity to deal with the end of the world. Working together wasn’t what either had planned, but these are desperate times.

Does Rick have what it takes to get them to the farm?

Can Cassie rise to the challenge of survival?

Will Rick have the stomach to help when he discovers Cassie's secret?

'A World Torn Down' is an epic tale of the apocalypse with a fresh take on TEOTWAWKI.

Previously published as six books: 'The Road to Ruin', 'The Savage Road', 'The Outcast's Journey', 'The Path to Despair', 'The Route to Justice', and 'The Road to Redemption'.

The series gave me a very Walking Dead comic feel. I loved it, and the characters were all very well written. The detail that went into all the characters was brilliant.

It was fast paced and kept you interested right to the last sentence.

I loved the strong female characters, Cassie being my absolute favourite, I love how she just gets things done and doesn't let the male characters walk over her.

This series kept me on the edge of my seat the whole time I was reading. I would have to stop to go to work, and all I could think of was the book and getting back to finding out what would happen next. 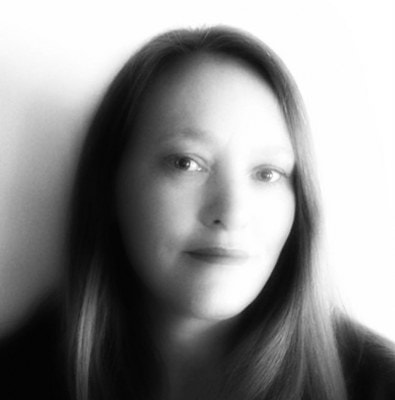 British author, Rebecca Fernfield, is a lapsed medievalist, and former research fellow, given to flights of fancy about the end of the world and what she'd do if the supermarkets suddenly ran out of chocolate, wine, and other essentials!

A full-time novelist, she lives with her numerous children among the flatlands of the Humber estuary where Vikings and Saxons once fought and where, sometimes, on foggy mornings, you can still hear the echoes of clashing swords.

She writes action-packed, suspenseful tales of horror, the supernatural, and the apocalypse.

She can't stop writing because the voices in her head just won't shut up and there are SO many stories to tell.

Don't lose touch! You can join her newsletter for the latest updates about new releases and the bribe of a free book.

Where were you born/grew up at?
I was born in Lincolnshire, England, and grew up in a small market town. The town lies beside a major river and I’ve grown up with a need to be near boundaries and coastlines. I love the landscape with its marshlands and reedbeds, and feel very much at home when the fog rolls in across the flat lands of the river’s flood plains and the boats’ warning fog horns sound. On those days, I often imagine what it would have been like to live here when the Anglo Saxons, Vikings, and Danes made their settlements.

When did you first consider yourself a writer?
The first time I considered myself a writer was when I made my very first sale. Honestly, I get a thrill each time I make a book sale, or someone borrows a copy through Amazon’s Kindle Unlimited programme.

Do you have a favorite movie?
I don’t have a favourite movie, although I do have a favourite genre, and that is stories of alien invasion. The first time I was blown away by a story, was listening to Jeff Wayne’s ‘War of the Worlds’ on a camping holiday down in Cornwall. I was truly overawed, and that sense of wonder and fear has stayed with me since. In that genre I love the movie ‘War of the World’s’ starring Tom Cruise. A movie that I was enthralled by recently was ‘A Quiet Place’. I went to the cinema twice to watch it and it captivated me both times.

Which of your novels can you imagine made into a movie?
Readers have often mentioned that they’d love to see my books as movies. I’d love to see ‘A World Torn Down’ made into a television series, but it is my version of the alien invasion story, ‘Mortal Skies’ that I could see as a blockbuster film. Also, ‘The Kielder Strain’ with its story of a secretive experiment gone wrong and the creation a new kind of monster, that would make a terrifying horror film.

What inspired you to write this book?
I’m fascinated by disaster and seeing how people react in difficult situations. I wanted to put somebody that you wouldn’t ordinarily find in a post-apocalyptic book or film, in the story and take them through the apocalypse. Cassie, the leading lady in ‘A World Torn Down’, is a beautiful but neglected trophy wife and seems completely unsuited to a life of survival but, like most of us, she has hidden depths as well as some dark secrets. I had a lot of fun taking her, and her billionaire husband Dan, through the apocalypse and beyond.

What can we expect from you in the future?
In the future I plan to write a lot more in the disaster/apocalypse/survival genre as I have so many stories to tell. I love to write big CGI style scenes and the apocalyptic genre is the perfect genre to indulge myself there. I also like to put my characters into difficult and terrifying situations and see how they cope and overcome their problems, so again, the apocalyptic genre is a wonderful space to write in.

I’d love to write another post-apocalyptic series, and have started a sequel series to ‘A World Torn Down’ and set sixteen years after the extinction-level plague wiped out most of humanity.

I also love writing horror, so you can expect some fast-paced horror novels from me. I’d like to try my hand at modern gothic too and have the bare bones of a story plotted.

Can you tell us a little bit about the characters in ‘A World Torn Down’?
‘A World Torn Down’ spans a three-year timeline and features a number of different characters. The main ones are Cassie Morgan, the beautiful but neglected trophy wife of Dan Morgan. Dan is CEO of Morgan Industries, the company that created the plague bacterium. Dan and Cassie watch the world die from the comfort of their penthouse suite and hope that their dark secret dies with the victims.

Alongside those main characters are Deacon Carlisle, and Rick Carter. Deacon is a man with enormous physical presence (I imagine him as a Jason Mamoa figure) who is devoured by anger at the death of his wife and soul-mate Jules. He clings to life, driven by the need to punish the man who caused the plague, Dan Morgan. Rick Carter is a rather cynical soldier, the sole survivor of a team of men sent into the city to help with the evacuation. He never expected everyone to die so quickly and has a low opinion of those who have survived. At the beginning of the book he is headed north to his friend’s farm to escape the diseases that are festering in the city. The last thing he needs are survivors without a clue how to survive relying on him and hindering his journey.

What did you enjoy most about writing this book?
I enjoyed writing the mean characters in this book the most. Making them do and say horrible things was enormous fun. Also seeing them get their just desserts was cathartic too.

Who designed your book covers?
I’ve used a variety of cover designers. All of them are amazingly talented, but here’s a run down of those I’ve used:

If you had to do it all over again, would you change anything in your latest book?
I don’t think there’s anything I would change about ‘A World Torn Down’ although I wish I had started the sequel series far sooner than I have.

Did you learn anything during the writing of your recent book?
In the writing of my most recent book, ‘The Alaska Strain’, I learnt that sometimes the books that your readers rave about the most, may not be your best sellers. I’ve also learnt that with each book my craft evolves and, I hope, improves.

How did you come up with name of this book?


I wanted the title to reflect the epic nature of the story and how the world within its pages lies in a ruined state, destroyed by man, so ‘A World Torn Down’ seemed like a natural fit.