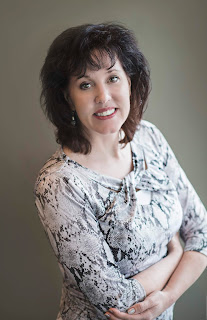 USA Today, bestselling author, Janette Rallison/ CJ Hill writes books because writing is much more fun than cleaning bathrooms. Her avoidance of housework has led her to writing thirty novels that have sold over 1,000,000 print copies and have been on many reading and state lists. Her books are fantasy, sci-fi, and romantic comedy because hey, there is enough angst in real life, but there’s a drastic shortage of humor, romance and hot guys who fight dragons. She lives in Chandler, Arizona with her husband, kids, and enough cats to classify her as eccentric. 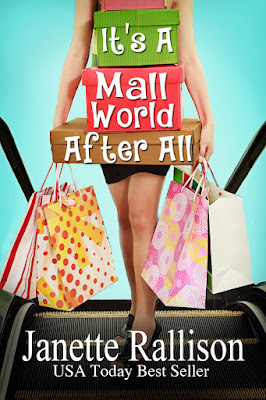 If they gave out diplomas for what you learn at the mall, Charlotte could graduate with honors. Ever since she got a job as a perfume spritzer, she's become an expert on all things shopping related―oh, and she's getting really good at spying on her classmates who hang out there. What she hasn't mastered is the art of convincing her best friend Brianna to dump her boyfriend Bryant. After Charlotte caught him flirting with a mysterious, blond-haired girl, she knows he's up to no good. Worse still, now Brianna is taking his side. Charlotte must prove who is right, once and for all, and that means catching Bryant in the act. This is where her mall roaming skills will come in handy. Perfume anyone?

Fans of Sophie Kinsella will love this book!

Colton peered over my shoulder at Greg again, shook his head, then leaned closer to me. “Explain this to me. You dislike me for being an elitist but dated Mr. Snob over there. What’s the difference between the two of us besides the fact that I’m taller, better looking, and can actually bench-press more than my own weight?” “He asked me out and you didn’t.” Colton let out a grunt of disbelief. “I don’t ask out girls who have a policy of not dating guys from my school.” “Well, there you have it,” I said. “Have what?” “Your explanation.” “What explanation? Are you saying you’d go out with me if I asked?” I wasn’t about to answer that question. If I said yes and then he never asked me out, it would be totally humiliating. Besides, if I said yes, it would make me sound like I just went out with anyone who had enough money. But I didn’t want to say no. Standing there with my hands resting on his shoulders and looking into his eyes, well, dating Colton didn’t sound like such a bad idea. And okay, I was beginning to see an advantage to the whole wrestling thing because I could feel the muscles in his shoulders. Wrestlers are totally buff. “Well?” he asked. “Are you actually asking me out on a date, or is this a theoretical question?” “Are you saying you’d make an exception to your dating policy if I did?” “Maybe,” I said. “Then maybe I’m asking you out.” “Well then, maybe you should tell me a date and time so I’ll be ready.” He looked upward, considering. “Maybe we could do dinner and a movie next Friday. Around six o’ clock.” “I might be ready then.” He laughed and pulled me closer. “It was a stupid policy anyway, Charlotte.” “I’m not abandoning the policy, just making an exception in your case. Besides, if I really like you, then that means I didn’t lie to Candy, so I still have the moral high ground.” He laughed again. “You just want the moral high ground, don’t you?” “Maybe.” Over Colton’s shoulder I saw Bryant and Shelby come into the room. They stood close together, but his arms were folded—perhaps so she wouldn’t take hold of his hand. In a moment Colton would notice them, and then he’d leave me. After all, he’d told me he was going to keep an eye on them. I’d told Colton I wanted him to keep an eye on them. Only, now I wanted Colton to keep dancing with me and totally ignore them. See how quickly a person can go from being a good friend to a totally soulless individual?“