The Librarian Picks Her Poison by Amber Gilchrist Official Book Blitz and Giveaway :) 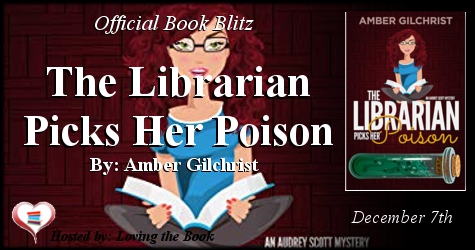 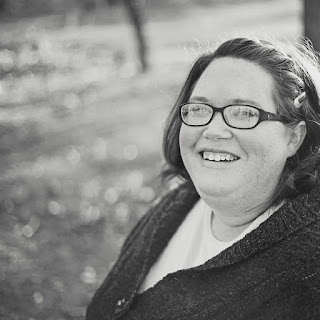 Amber Gilchrist lives in New Mexico with her husband and six children. She writes YA , Romantic Comedies, and series mysteries. She calls her lifetime of jumping from one job to another 'experience' for her books and not an inability to settle down. Amber loves mysteries and a good, happy romance. She also loves to laugh. Sometimes she likes all of them together.

A fan of quirky movies and indie books, Amber likes to be with her family, is socially inept, and fears strangers and small yippy dogs. She alternates between writing and being a mom. She tries to do both at the same time but her kids don't appreciate being served lunch and told, "This is the hot dog of your discontent." So mostly she writes when everyone else is in bed. 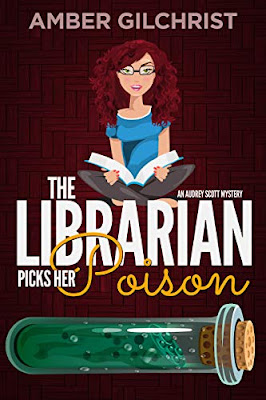 Audrey Scott might be a children’s librarian, but that isn’t all she can do. When her best friend, Gretchen Holden, stands accused of a murder, Audrey can’t handle doing nothing more than bailing Gretchen out of jail. She has to figure out who really killed Gretchen’s step-father, a universally hated federal judge.


With a not small list of potential people the judge has wronged, Audrey and her friends have a rough ride ahead of them trying to decide who had a motive, means, and opportunity to put the judge in an early grave. With the help of Derek Hennessy, erstwhile enemy turned very good friend, and her normal crew of cohorts, Audrey won’t stop until the threat no longer looms.

1.  I've been to lots of foreign countries, including Germany, China, and Mexico among others.

4.  I used to pretend I was a fox/mermaid combination whenever my friends pretended to be superheroes.

5.  My first book was written in the 80s and the heroes name was Marvin.  I don't know why I thought this was a good idea.  Thankfully, it was lost many years ago.

6.  I have a weird autoimmune disorder that makes me potentally allergic to literally almost anything.  And then then the next day I won't be allergic to that particular thing anymore.  It's sounds fake, but it's not.  It's called MCAS.

7.  I was a musical theater major my freshman year of college.

8.  I don't really have a bucket list.  But if I did the only thing that would be on it is going places.

9.  I don't really watch TV or movies.  They require a lot of attention for me and it always ends up feeling like a chore.  There's probably only half a dozen shows I've actually seen every episode of, my favorite being Chuck.

10.  I LOVE true crime.  Like in a way that is maybe slightly unhealthy 😂.  I listen to so many true crime podcasts.