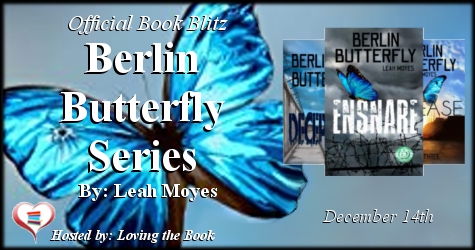 Did you know that Berlin Butterfly: Ensnare recently won Honorable Mention for Historical Fiction in the Reader's Favorite International Book Contest? Check it out!
https://readersfavorite.com/2019-award-contest-winners.htm 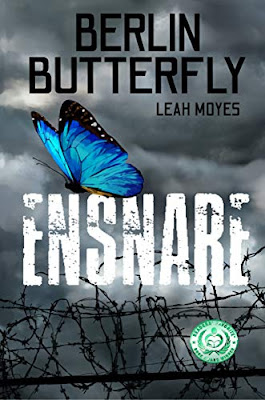 Book 1
Treachery, heartache, and loneliness led Ella Kühn to take her first drink of alcohol ten years ago. When the delusions begin, images from her past threaten to challenge her state of mind. Ironically, the very thing that haunts her, is the thing that has kept her alive—the butterfly tattoo covering the gunshot wound to her right shoulder. It’s physical and emotional reminder not only symbolizes her courage, but also signifies Stefan’s absence . . . which now spans twelve years. 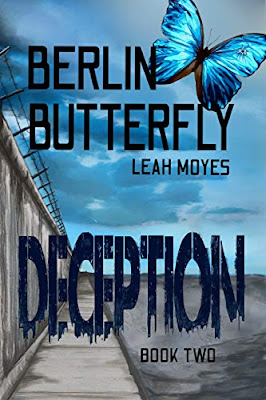 Book 2
It’s 1983 in the Deutsch Democratic Republic. Trust remains a fragile ally as the Communist Bloc begins to crumble. Ella’s involvement in the rising opposition and underground punk movement, puts her more at risk than any escape plan ever could. She is followed, watched and hunted . . .  but by whom? An old enemy? The Secret Police? Or her new employer? 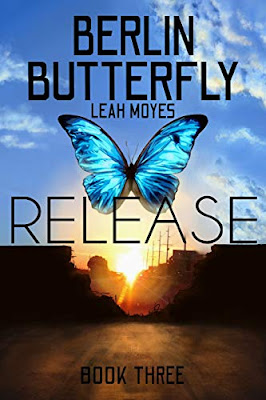 Book 3
In Release, the third and final installment of the Berlin Butterfly Series, Ella battles her inner demons as she struggles to survive the ever-growing darkness in the East. Will she regain her former strength and find a way to flee to the thinning borders of Czechoslovakia and join Anton and Josef? Or will ties to her precarious past keep her bound—her only release found in the freedom of pain and guilt while embracing life without her family in East Berlin?

*Top 10 Fun facts
1. Married to one amazing man, who influences many through teaching and coaching
2. Mom of four, grandma to two, and Mama Moyes to many.
3. I am studying to be an archaeologist, currently working with the top Mesoamerican professors at Arizona State University
3. I Love to travel! This year I went to France, Germany, Czech Republic, Austria, Switzerland, Spain and Italy. Some for Archaeology and some for writing!
4. I have a bucket list with over three hundred items on it. Half were written by friends.
5. I Love the outdoors, especially the mountains and beach (none of which are really in Arizona) but we have lakes and hills that come close
6. I love popcorn!
7. I have driven a race car, bungee jumped, ziplined, cliff jumped and parasailed.
8. Coached the boys High School Varsity Soccer team for 5 years.
9. Will be climbing to Mt Everest Base Camp with my family next March!
10. When I touched the Berlin Wall I cried!