The Twelve Days of Christmas Day 12 Book Blitz and Giveaway :) 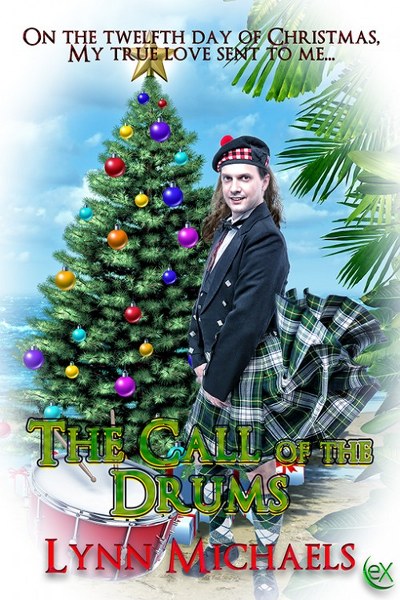 Christmas magic comes in strange packages when the Battle of the Bands heats up.
Twelve Rock Bands were invited to participate in this year's Battle of the Bands. It’s being held at Cambria Bay, a resort town that brings in tourism by having over the top events. Daryl Keeley, drummer for the wild metal band, Lythium Madness, is excited not only for the competition but for the opportunity to stay at one of the world's best vacation spots for the holiday. It's Christmas, but there won't be any snow in tropical Cambria Bay, and that's fine with Daryl, since every other aspect of his life is too cold. No lover. A family that disowned him for being a rock drummer rather than his sexuality. His bandmates are his only real home.

During the competition he meets Micah Bray, a bassist from another band, Jungle Lake Riot. They're not very good, but Micah pulls them up with his unusual talent. He's a quiet force to be reckoned with, and when he plays with Daryl…sparks fly.

Daryl Keeley suspected this trip would change his life before he even stepped out of the airport and to the shuttle bus that would take them to the hotel. The bus was decorated with garland around the outside, even though the weather was sweltering and didn’t feel anything like Christmas. The entertainment company, Marble Bay Promotions, had shipped their equipment, but he had two pairs of his drum sticks in the suitcase that he was shoving in the compartment at the bottom of the bus. He could beat on anything, but he never took chances with the sticks. Daryl peeled off his jacket and tossed it to his best friend, Reed. “Man, what’s the temperature here anyway?” Reed tucked the jacket under his arm and pulled out his phone. He tapped at the screen as he got on the bus. “Ninety,” he called over his shoulder. His long hair fell in his face, but when they got on stage, he would pull it back and fasten it. Underneath was shaved to show his Viking longship tattoos on both sides of his head. So fierce! Typical Christmas weather for Daryl meant the thirties and forties with ice and snow and sometimes dirty, brown slush piled on the sidewalks and sides of the road, and salt that marked his boots. He’d take the hot tropical sun over that mess any day. Daryl slammed the storage compartment shut, thinking about all the crappy weather he was happily missing, then turned to join his bandmates and bumped right into someone else. The guy had short, dark hair and soulful brown eyes set in a handsome face. He stood close enough to Daryl that they could kiss. He smelled of salty sweat and warm cinnamon. Daryl’s heart thumped a little harder in his presence. The cute guy held up a suitcase. “We’re sharing the bus.” The expensive leather of his bag clashed with his jeans—powder blue and fading into the white strands of the rips—and his loose tank top with Cambria Bay emblazed across the front. Daryl’s eyes dropped down to his feet, and cute guy wiggled his toes in his flip flops. Even his toes are adorable! “Oh! Right.” Daryl opened the compartment again. “Should be room.” Daryl helped him shove his bag in beside Daryl’s. When their shoulders brushed, he looked up at Daryl. “I’m Micah. I’m with Jungle Lake Riot.” “What the hell is that?” Micah pulled the door and shut it. “A band. Aren’t you here for the Battle of the Bands?” “Oh, yeah, I’m with Lythium Madness. Are you staying at Palm Oasis, too?” Daryl crossed his internal imaginary fingers, hoping Micah would be staying at the same hotel. Hoping for a yes. “Oh, I know your band, but no, we’re at Surf and Sand Resort. The bus stops there first.” Daryl stood there staring at Micah like a dumbass. He wanted to say more. Or simply look at him all day. He was triple-dog-dare-you attracted to this man, and when Micah blatantly stared back, that zing of mutual attraction ripped through his body. He bounced on the balls of his feet in his old worn combat boots and smiled brightly. Micah smiled back. And he knew of Lythium Madness! The driver honked the horn. “We have to go.” Daryl pointed to the doors of the bus. “Sure, lead the way, man.” “Right.” Daryl practically jumped through the doors and plopped down in the first open seat. He patted the space beside him, hoping Micah would join him. He was fascinating. Daryl hadn’t been this attracted to a guy in a long damn time. Maybe ever. Micah slid in beside him, all smooth and elegant even in his tattered clothes. The complete opposite of Daryl who wore a nice pair of cargo shorts and a collared, golf shirt. Daryl’s long hair cascaded over his shoulders and down his back—he might have that rocker look, but he still tried to dress nice and not come off as a heathen. Though his mannerisms lacked finesse. Micah though…he simply looked…like a rock star. “So what’s your name?” Micah asked. “Oh, yeah, sorry. It’s Daryl.” He pointed at Reed across the aisle. “That’s our guitarist and my best friend, Reed. Jim and Packer are back there.” He thumbed to the back of the bus where the rest of his band were laughing and carrying on with other people he didn’t know. “Yeah, my mates are back there, too. You don’t want to know them.” Micah crinkled his nose. Reed stretched his hand out across the aisle. “Nice to meet you, though.” He glared toward Micah’s rowdy bandmates. “I’m Micah.” He shook Reed’s hand. “Bassist.” Daryl tapped his fingers on the back of the seat in front of them. “Drums.” “I guessed.” Micah laughed, then put his hand over Daryl’s. “You’re full of energy.” That was the truth. Daryl was almost always humming with a zest as if he could barely hold still. Micah’s warm hands on his settled that nest of bees inside of him. Daryl’s normal setting was a bit of going to explode mixed with lightning, but with Micah touching him, the lighting pooled into a shimmering puddle, and the explosive dynamite fizzled out. He met Micah’s gaze and exhaled loudly. “Your eyes are as wild as you are,” Micah said, then immediately blushed and pulled away. Micah was right about Daryl’s crazy hazel eyes. “The better to look at you with, my dear.” Micah bumped into his shoulder. They were totally flirting. Reed covered his mouth. Was he trying not to laugh? That was so like Reed, and Daryl could be super corny, but Micah seemed to like it since he was flirting back. They chatted more until the bus came to a stop at the Surf and Sand Resort. Micah’s bandmates exited with a riot of noise, but Micah took his time getting up as if he were stalling. Daryl didn’t want him to leave either. 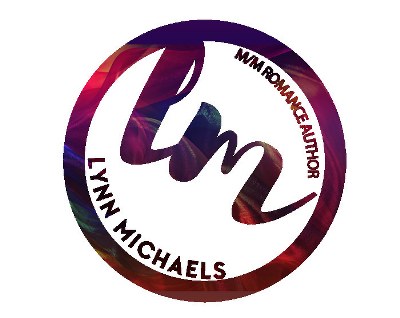 Lynn Michaels lives and writes in Tampa, Florida where the sun is hot and the Sangria is cold. When she’s not writing she’s kayaking, hanging with her husband, or reading by the pool. Lynn writes Male/Male romance because she believes everyone deserves a happy ending and the dynamics of male characters can be intriguing, vulnerable, and exciting. She has both contemporary and paranormal titles and has been writing since 2014. Her stories don’t follow any set guidelines or ideas, but come from her heart and contain love in many forms.