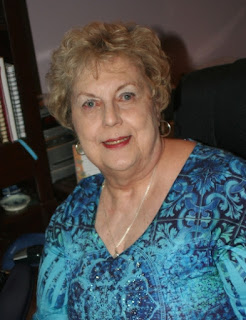 Through a crazy twist of fate, Caroline Clemmons was not born on a Texas ranch. To compensate for this illogical error, she writes about handsome cowboys, feisty ranch women, and scheming villains in a tiny office her family calls her pink cave. She and her Hero live in North Central Texas cowboy country where they ride herd on their dog and three rescued indoor cats as well as providing nourishment outdoors for squirrels, birds, and other critters.


The over fifty titles she has created in her pink cave have made her an Amazon bestselling author and won several awards. She writes sweet to sensual romances about the West, both historical and contemporary as well as time travel and mystery. Her series include the Kincaids, McClintocks, Stone Mountain Texas, Bride Brigade, Texas Time Travel, Texas Caprock Tales, Loving A Rancher, and Pearson Grove as well as numerous single titles and contributions to multi-author sets. When she’s not writing, she loves spending time with her family, reading her friends’ books, lunching with friends, browsing antique malls, checking Facebook, and taking the occasional nap.

Such a tiny lie…


She couldn’t know the risk… 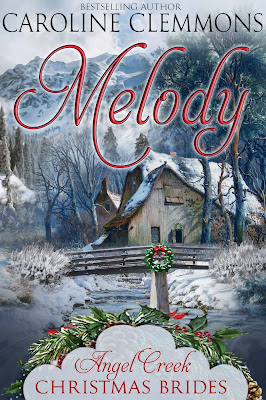 After the death of her grandmother, Melody Fraser must quickly leave what has been her home in South Carolina. There are those who think she murdered her Nana Fraser. She’s innocent but there’s talk about arrest and prosecution. To escape, this Southern Belle agrees to become a mail-order bride in far away Montana. Several of her friends will be living in the same town. Traveling so far to marry a man she’s never met is daunting. Surely things will work out, won’t they?
Nicholas “Nick” Walker is a doctor from Gettysburg whose wife and children were killed when mortar fire destroyed their home. Eager to escape the memories and ravages of the Civil War, he buys a medical practice in Montana Territory. He wants a competent nurse who can assist him with operations and care for patients as his plans expand for a hospital. He wants a well-organized wife to keep him company and start a family. With his usual efficiency, he combines the two into one job description when he requests a mail-order bride. What will it take to teach Nick that—although she isn’t what he expected—Melody is exactly what he needs?

She stepped down and smoothed the trip-worn skirt of her gray poplin travel suit. There was no way to brush off the grime from her travels.
She was grateful to her friends who had shared their clothes when her home burned. Even though this suit was nowhere as nice or well fitting as hers had been, she was lucky to have the costume. There she went again. No use thinking of the past—she was getting a fresh start.
Now that the stage had stopped, the crisp air was free of dust. A light breeze fanned her face. She hoped her groom was on hand to meet her.
Her stomach heaved and she feared she’d throw up from nerves. The church spire reminded her she’d soon be getting married—unless he’d changed his mind. After sending her all that money, she didn’t believe that would happen. A strong baritone asked, “Miss Fraser?”
She turned and locked gazes with a smiling, handsome man. “Yes, are you Dr. Walker?” His appearance shouldn’t matter, but she was glad he was nice looking.
“That’s correct, I’m Nick Walker. The minister is waiting for us. I hope you’ll agree to wed right away.” He picked up her valise with one hand and offered his arm for her to hold.