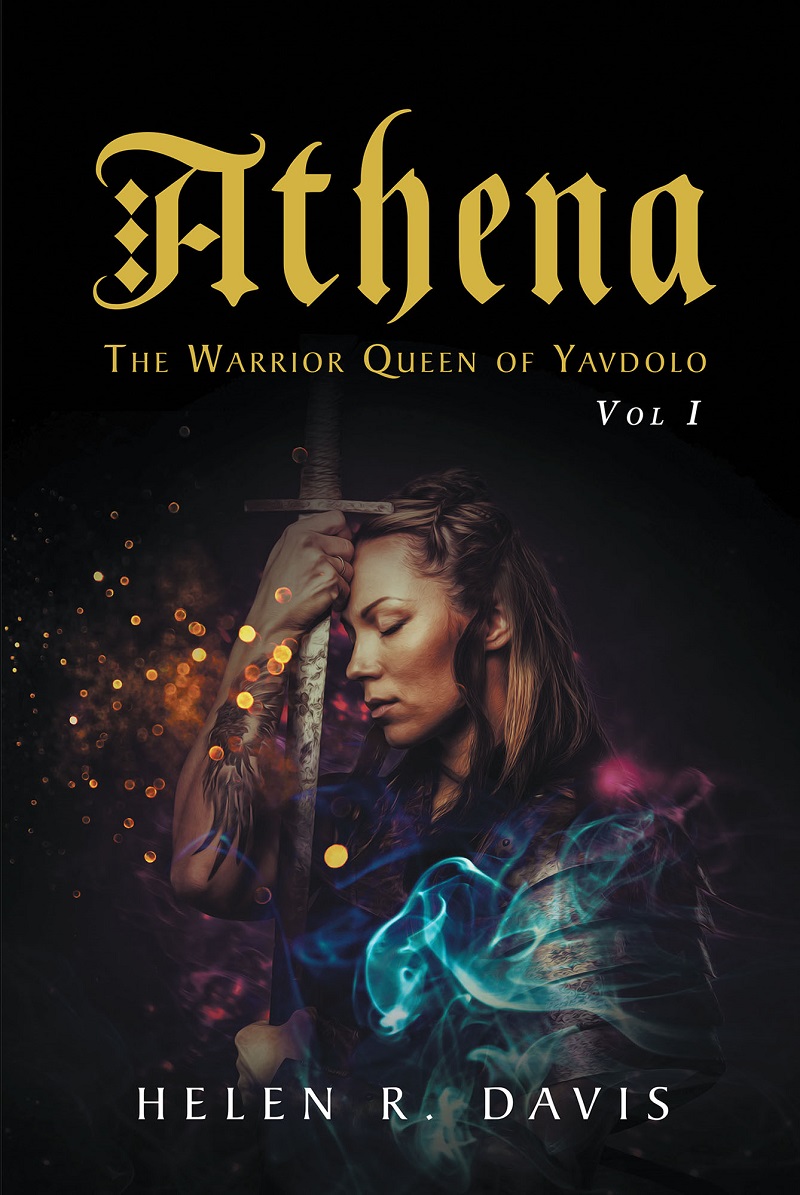 Athena: The Warrior Queen of Yavdolo by Helen R. Davis

Damlol is a planet located outside the reaches of Earth and the solar system, a peaceful world from which many colonists from Earth left centuries ago, fleeing a worldwide caliphate. But all is not as it seems. Athena, the princess of a country known as Yavdolo, is growing up in a turbulent time. The kingdom of Avodla desires to crush all other nations and cover the world in an oppressive dictatorship—similar to the one the colonists fled from so many centuries ago. This is the story of a girl of great courage and her many adventures, the first in a series.
"Fantasy and science fiction lovers will fall in love with Athena, rooting for her until the very end. In this, Helen R. Davis, like fantasy giants, has created a new world full of wonders and mystique which will leave you have stepped into another realm that by the end of it, you won't want to leave. A highly recommendable read!" - Carolina Casas, co-author Isabella Unashamed


I, Athena Cronos, the legendary queen of Yavdolo, was born in a time long ago. It seems so far away; now that I look back on my life. At that time, the kingdom of Avodla was expanding to take over our entire world of Damolo. All seemed almost lost. I was the lone heiress to the kingdom—or perhaps one should say queendom—to the matriarchal country of Yavdolo. When I speak of matriarchy I mean only that our government was a matriarchal line. And it was feared, at the time, we would not last much longer.

My mother had been kidnapped by the Avodlans not long after my birth as punishment for aiding what was called by the Avodlans "the rebellion". "The rebellion" took place after the evil King Barbaro began his expansion and annexation of Kavla. Kavla was then our ally, and was known as the ‘queen country’, and was destroyed by General Glenn FitzBarbaro acting under his father’s orders. My poor mother, Jeanne, along with the Kavlan queen, Camille, had led a raid on the kingdom of Avodla and was lost to contact with Yavdolo for many years. Mother and Camille were both concerned about the expansion of Avodla, a country which had had dicey relationships with both of our countries for many centuries, ever since we arrived on Damlol. I knew only that I was told as a child that my mother was "Gone."


Many rumors abounded about her fate—that she had been thrown into King Barbaro’s harem, that she had been beheaded with a sword as the Havlans, a neighboring country in which manhy of the people lived like it was earlier times, do to their noble traitors, that she had escaped and worked as a peddler, and that she had become an abbess in my own country and secretly sent the abbey offerings to my father and the other kingdoms conspiring to overthrow King Barbaro and his wicked reign. But I believed none of these. I believed my mother dead and I was trained from birth to take her place. And I learned very quickly, at the feet of my father, King Matthew, a prince who had been raised to be a knight. King Matthew was born in the kingdom of Jupiter, a kingdom not far to the north of Yavdolo, and long one of our allies. My story begins in a church dedicated to the saint Mary, mother of all saints, along with my father and my favorite aunt—my aunt Cecilia, my mother’s favorite sister…

Helen R. Davis has a long interest in history, religion, politics, and all nations. Author of "Evita, My Life," Ms. Davis has studied the ancient world through the gift of books since a very young age, her passion for Egypt and the era of Cleopatra kindled long ago. She has also researched and studied other times and eras and has a passion for strong women who have governed nations from the past to the present.
For more information, please visit Helen Davis’ website. You can also connect with her on Facebook and Twitter.

During the Blog Tour we will be giving away a paperback copy of Athena: Warrior Queen of Yavdolo! To enter, please enter via the Gleam form below.

– Giveaway ends at 11:59pm EST on June 8th. You must be 18 or older to enter. – Giveaway is open to residents in the US only. – Only one entry per household. – All giveaway entrants agree to be honest and not cheat the systems; any suspect of fraud is decided upon by blog/site owner and the sponsor, and entrants may be disqualified at our discretion. – Winner has 48 hours to claim prize or new winner is chosen.