Where Have All The Elves Gone? by Christian Warren Freed Book Tour and Giveaway :) 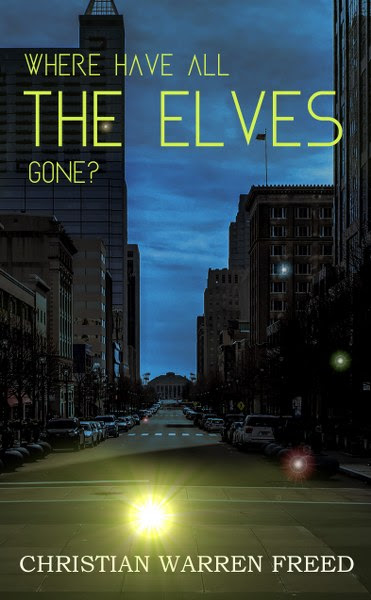 Where Have All the Elves Gone?
By Christian Warren Freed
Genre: Urban Fantasy

Everyone knows Elves don’t exist. Or do they? Daniel Thomas spent years making a career of turning his imagination into the reality of best selling fantasy novels. But times are tough. No one wants to read about elves and dragons anymore. Daniel learns this firsthand when his agent flatly says no to his latest and, what he deems, to be greatest novel yet. Dissatisfied with the turn to zombies and vampire lovers, he takes his manuscript and heads out to confront his agent.


His world changes when he finds his agent dying on the floor of her office. Too late to help, he watches as her dead body disintegrates into a pile of ash and dust. Daniel doesn’t have time to ponder what just happened as a band of assassins breaks in, forcing him to flee to the Citadel and the home of the king of the high elves in order to survive. Daniel soon discovers that all of the creatures he once thought he imagined actually exist and are living among us. His revelation comes at a price however, as he is drawn into a murder-mystery that will push him to the edge of sanity and show him things no human has witnessed in centuries.

“There is movement down the hill to the right,” Guilt interrupted.
“Where?” Daniel slipped the night vision over his eyes and followed where Guilt pointed. Nine figures, taller and bulkier than elves or dwarves, stalked through the planted bamboo grove running from the central plaza up to the aviary. Humans! He let the thought slide, finding it entirely too comfortable in making such a proclamation. Still, the question of what they were doing and who they were remained. “I didn’t think there were any humans involved.” “Xander has a few remaining. The ogres took care of most of them. There should not be any others here,” the gargoyle snarled. Unlike the other races, he could see perfectly at night, so he noticed their armor, their guns, and their distinct manner marking them as government agents. The temptation to fly away and not look back grew stronger. Dealing with the king and queen was one matter, one he had no qualms with facing, but the government took matters to new levels. Too many of his kind withered and died under federal interdiction while being blinded by false claims of protection. He had no trust in the men darting through the trees but didn’t want to risk a confrontation with them either. “It is DESA,” he said, backing deeper into the shadows. Sara asked, “What’s DESA?” “A clandestine government department answerable to no one,” the gargoyle divulged. “The Department of Extra Species Affairs. They hunt us, contain us, and regulate everything our species does. They are very bad people.” Daniel had never heard of them, but that didn’t really surprise him. In Afghanistan, he’d worked with more people that officially didn’t exist than he could have imagined. There were government departments by the dozens he’d never heard of before the war, and that frightened him. People that don’t exist can get away with anything. No wonder these guys hate humans so much. We’re still hunting them, still trying to be the overlords. “Do we engage, or will they ignore us?” he asked, suddenly more concerned with their chances of getting to the princess. Once again the tables had turned, leaving him with the wrong cards. “It is bad enough they are here; do not risk open confrontation with them unnecessarily. It is a fight we cannot win.” 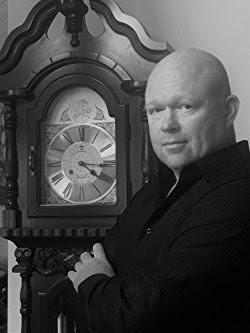