The Dead Game by Susanne Leist Book Tour and Giveaway :) 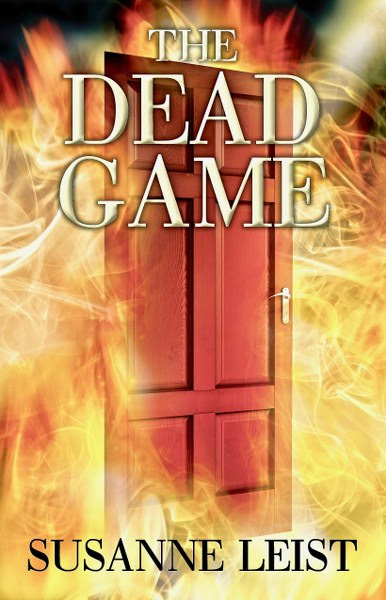 Linda Bennett leaves New York for the slower-paced lifestyle of Oasis, Florida. She opens a bookstore and makes new friends. Life is simple that is until the dead body washes up onshore. She is horrified to learn that dead bodies and disappearing tourists are typical for this small town. Rumors abound of secret parties held by the original residents in their secluded mansions. Once night falls, the tourist-friendly community becomes a haven for evil and dark shadows. However, this is only the beginning.
Linda and her group receive an unsigned invitation to a party at End House, the deserted house in the forest behind the town, a mansion with a violent history. They are pursued through revolving rooms and dangerous traps, barely escaping with their lives, leaving two of their friends trapped inside.
It is up to Linda and her friends to search out The Dead and find the evil one controlling their once peaceful community. Can they trust the Sheriff and his best friend, Todd?
THE DEAD GAME has begun.

Linda passed the empty tables by the tall windows when she felt her arm being tugged. Before she could react, she found herself being dragged through the open patio doors and onto the isolated garden path. She came face to face with the mighty Wolf and his trusted companion, Hayden. The grounds were deserted. Everyone had left the gardens, and she was all alone with the two wicked vampires.
Wolf glared at Hayden. “Please let go of her arm; we are not animals. We never force ourselves on women.”
“Chivalry among demons—I’m very impressed. Too bad your table manners and choice of dishes leave a lot to be desired,” Linda said. Her hatred of Wolf had just caused her to forget her low position in the food chain; she closed her mouth to stop herself from talking. In the future, she must remember that he was a vampire—the strongest one in the world—and that he could easily destroy her at any time.
Wolf didn’t seem the least bit focused on her. “I didn’t come here to play parlor games with you. I need you to convince Todd to join with us. He can never be human or will ever be accepted by them. He belongs with us. He must stick with his own kind.”
“He’s not like you in any way at all: he cares too deeply for people and is loyal to his friends. On the other hand, you and your kind enjoy killing too much and have no feelings whatsoever.”
“Todd will never be accepted by humans or by his own kind. He will be an outcast with nowhere to go. He must join with us.”
“Todd is human and will always be accepted by humans.”
“Let’s kill her now, boss. She’s going to be trouble. I could take her away and no one will ever see her again,” Hayden said, grabbing hold of her arm again.
Wolf strolled over to her with a wicked gleam surfacing in his eyes.
“I have a much better use for her in the future. When she finally comes to her senses, she’ll realize that she will be better off with a real vampire with limitless powers than with a pathetic human. She’ll learn about intoxicating love and passion—not the games that humans play that pale in comparison.
“Here comes the human. Let her go for now.”
Linda was horrified to find herself wrapped in Wolf’s strong, muscular arms. She became hypnotized by his black eyes and tempted by his deep voice. He seemed perfect in every way. She only wanted to be with him.
“I’ll be back for you.” Wolf held her tight against his body and whispered in her ear. “I love the way you stand up to me with your flashing blue eyes. Soon you’ll be mine, my beautiful ice queen.”
Linda couldn’t move her body. She was stuck in some kind of trance…she couldn’t leave, didn’t want to leave if given the choice. His voice soothed her and made her think of love, passion, and great need: a need that could be satisfied only by him with his expert hands and mouth. She knew that one day she was going to be with him, to be joined with him.
He lowered his mouth onto hers and drew her into a swirling haze of unexpected feelings and desires. His mouth fully covering hers introduced her to a new realm of pure pleasure. His powerful form enveloped her, making her feel feelings that were foreign and untried for her. She couldn’t get enough of him. Linda tentatively began touching his face and then his body with an eager and unrelenting hunger. She didn’t know what she needed, but she knew that she wanted and desired this beautiful man standing right before her. Her past life was washed out of her mind, never to be considered again. Linda begged him to take her with him tonight. In response, Wolf lifted her in his arms, as if she weighed nothing, and turned to leave the party. His beautiful face looked victorious and happy. His black eyes filled with passion. She hoped that it was because of her. He looked down into her small face and gave a hearty roar.
While Wolf carried her in his powerful arms, a dark shadow swooped out of the house and flew directly at them. Linda was knocked out of his arms, and Wolf was thrown across the patio.
She looked up to see who had attacked them. It was Todd, his eyes a deadly shade of green, standing there panting.
Linda backed away in horror. Todd’s eyes cleared and returned to their original dark color. Then he looked at her. “Don’t ever be afraid of me. I’m here to protect you.”


Then he was struck down by Wolf. 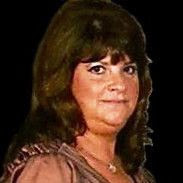 I have always loved to read. I grew up with Agatha Christie, Alistair Maclean and so many other authors who filled my imagination with intrigue and mystery. The TV show, Murder She Wrote, kept me entertained when I was not reading late into the night.


Over the years, my taste in books has expanded to include the supernatural and paranormal genres as reflected in my selection of shows, such as Supernatural, The Vampire Diaries, and The Originals.
My first book, The Dead Game, is a paranormal suspense/mystery. It brings fantasy and the surreal to the simple murder mystery. It has dead bodies and suspects. However, it also has vampires, vampire derivatives, and a touch of romance to spice up the mix.