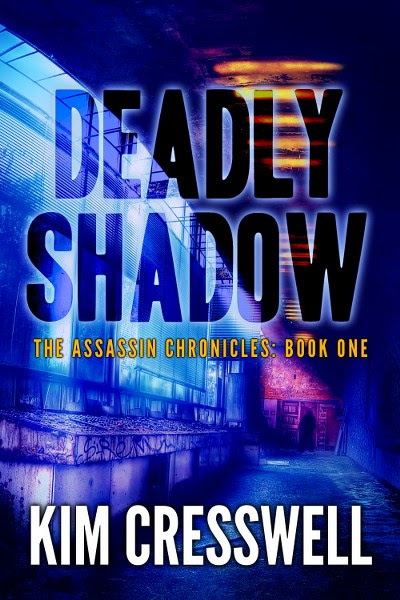 The Assassin Chronicles TV series is in development with Council Tree Productions.

Consumed with grief over the tragic death of her husband, FBI agent Victory McClane is obsessed with finding Ohio's serial killer, "The Wrapper".

When another young woman turns up dead and the victim is linked to Derrick Lynn, son of the Secretary of Defense, Victory finds Derrick has all the right answers and is a little too helpful.

Derrick has a secret: He's a government assassin who uses his unusual paranormal skills to eliminate targets. Determined to keep his own secrets buried, he offers to help find The Wrapper.

But can Victory trust him?

As the body count rises, Victory must cross a dangerous line--into a world of government cover-ups, murder, and betrayal--a decision that will test her limits. And everything she believes in.

The battle between good and evil begins! Deadly Shadow is the first book in the gripping paranormal/supernatural thriller series, an action-packed blend of suspense and mystery for detective and crime book lovers.

Within the hour, Derrick Lynn would kill his next target, a popular radio host known as ‘Big Mouth’ Bullington. He didn’t want or need any specifics about the target, only who and when. He’d learned a long time ago to keep that distance to make his job a lot easier to deal with. Never women or children. Never a non-target—which at times took an incredible amount of self-control. More than anyone could imagine.

Like his grandfather and father, he could move about in real-time, watching people and events while his physical body remained asleep. The paranormal freaks called it Etheric travel. But his real gift was psychokinesis, a gift very few in the world had. He used his mind to move objects. It came in damn handy, turning anything and everything into a deadly weapon.

For over twenty years he’d evaded the authorities—in particular FBI Agent Victory McClane. And he was hell-bent on keeping it that way, no matter the cost.

In the large soundproof bedroom, Derrick laid on his back in his king-size bed, looking up at the ceiling with his hands clasped behind his head. Silk sheets covered his legs and, barely, his groin. The only light in the room came from the eerie glow radiating from the cell phone cradled in its charger on the nightstand next to his laptop. He glanced at the studio headshot of Eddie Bullington filling the phone’s screen as the podcast of the man’s radio show played at mid-volume.

“... and while it's a bunch of bull that Republicans work to keep the Black man down...”

His eyes shifted to the bathroom doorway to his dinner companion, Alessandra, a thirty-something runway model with long blonde hair and voguish features. She straightened her white blouse over her black skirt then put her hoop earrings back on. Alessandra shot him a soft smile and grabbed the silver faux-fur coat laying on the end of the bed. Before leaving she bent and kissed him, her lips warm against his. Derrick closed his eyes as Bullington’s podcast droned on.

“... if you think the Dems are squeaky clean then I've got some prime Louisiana property for you. Those Limousine Liberals keep their boots pressed against the back of our necks, pretending to be on the side of equality and justice…”

He inhaled and exhaled slowly a dozen times and visualized his target’s bedroom. His body felt light, floating. Before losing consciousness, he jerked himself awake, then let himself go under again. Deeper into a half-sleep state, he felt as if he were bobbing in a boat. As the rocking intensified, high-pitched ringing sounded in his ears and his limbs vibrated and buzzed like a bee's nest. He left the physical plane, his astral body flying.

Eddie Bullington stood in the shower. Steaming hot water pulsated hard against the back of his shoulder blades. The “God Bless America” Muzak-like ringtone blasted from the phone sitting on the counter next to the double sink. He shut the water off, stepped out of the shower stall, and grabbed his regal-looking red and gold bathrobe from the back of the door. He quickly slipped it on and answered the call.

“Let me guess, Sid. You want to talk about last week’s show.”

“Sure do. Ratings are down five-percent from last quarter. That’s a cause for concern.”

“Just relax, okay? Anything else or are you going to keep on complaining about the same old thing?”

“Go to bed, Sid. I got this. I’ll be in a little earlier than usual for the show.” Eddie disconnected and shook his head.

His producer, Sid Moller, was a pain on a good day. Eddie didn’t feel like dealing with the man’s silliness. His ratings were fine. He was still the top radio host in the United States, his shows syndicated on four continents.

With the phone clutched in his hand, he strolled barefoot into the spacious antechamber located next to his bedroom and flopped down into the extra-wide recliner. After setting the phone on the end table he picked up the TV remote, along with a half bag of Cheetos. He flicked on the TV to watch the latest episode of “Tucker Carlson Tonight” and dug into the snack bag.

Derrick's eyelids fluttered. Blackness. Then a long, dark tunnel emerged and grew wider. Sounds, natural and alien, came and went as a frantic rush of lights, faces, and places blazed toward him. He bobbed and weaved. Images, some distinct, others not, warped and flew toward him, through him, past him. The sounds and images intensified. Then they stopped. He was in Bullington’s bedroom.

Derrick stood behind Eddie, his naked body blurry and silhouetted in shadow. The room was filled with over-stuffed antique furniture, gaudy gold and green patterned drapes, and a Victorian rug in various hideous shades of red and pink. A mounted rhinoceros head glared down at it all.

His eyes shifted to the end table, then to Eddie’s phone. He trembled. Sweat dripped from his forehead and ran down the sides of his face. His gaze moved to the colorful ad for gold on the TV screen while the male announcer excitedly implored viewers to act now because there has never been a better time to buy. Derrick directed his energy at the end table drawer. It quietly eased open. Inside was a Baby Glock. He concentrated harder, staring, focusing as much energy as he could at the weapon.

The gun twitched. And turned. And rose from the drawer. The barrel moved within an inch from Bullington’s right temple.

Eddie twisted his head as if sensing something was about to happen. “What the—”

Blood, bone, and brain matter splattered and sprayed across the room. Various colored fluids and small lumps ran down the TV from a splotch at the top of the screen.

Derrick grunted. The gun traveled back to the end table and the drawer slammed shut.

Derrick’s physical body and astral body snapped together like strong magnets, slamming him back into the bed. His body jerked. Intermittent banging and dinging invaded his head. Then the familiar headache kicked in. Like an elastic band tight around his forehead, traveling down the base of his skull. His eyes jolted open. He stared for a long moment, disoriented, before slowly sitting up in bed. Bullington’s podcast continued to play.

“... oh, yeah. Give them freedom then lock them up in prison cages for years. That's all I'm saying. Thanks for tuning in.”
Once he got his bearings, Derrick grabbed his laptop from the nightstand and opened the lid. The brilliant screen illuminated his tense face as it booted up.

He opened a new email and typed “task completed”, encrypted the data, then tapped the “send” button. It would only be a matter of seconds before he received confirmation that the payment had been transferred to his account at the Panama National Bank under the name, Miles McGrath. A million dollars. Not bad for less than two hours work including surveillance. A soft beep. Then a message popped up on the screen.

With a couple of keystrokes, he ran the special decryption software he’d been given, and within seconds the garbled message became readable.

He shut down the laptop and wondered why his contact had requested meeting in person. His face reflected on the black screen, yet his blue eyes shone. 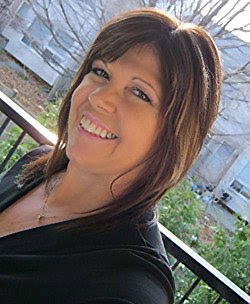 Kim Cresswell is the award-winning Canadian author of the action-packed Whitney Steel series. Kim recently signed a 3-book translation deal with LUZIFER Verlag for the first three books in the series: Reflection, Retribution and Resurrect. The popular series will be published in German beginning in 2018. Her novel, Reflection, has won numerous awards and the book trailer was featured online at USA Today.