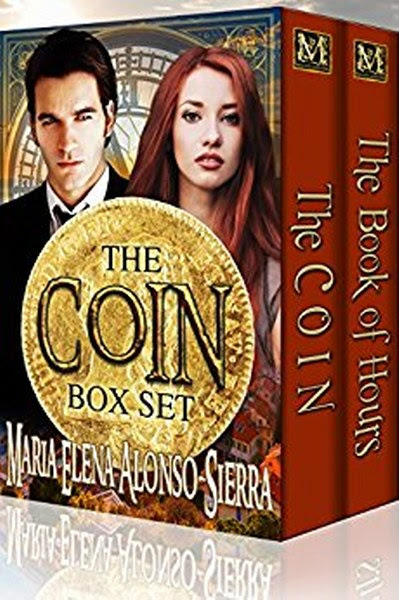 The thrilling, complete story of Gabriela Martinez and Richard Harrison, as they try to keep one step ahead from madmen who are trying to kill them.

THE COIN (Book One) - A coin found, a terrible secret, and a psychopath who will stop at nothing to keep that secret safe.
When Gabriela Martinez finds a French coin on one of her outings, she never thought the possession of it could get her killed. Only Richard Harrison, the intelligence operative sent to protect her, can save her from this madman, who will do everything to silence Gabriela. And when the psychological games to terrorize Gabriela escalate, Richard must find a solution, or it may be too late for both their lives and their love.
Set in the exotic French Riviera, The Coin is a story of hatred, betrayal, love and duty--terrible and painful choices that, nonetheless, bring about personal triumph.

THE BOOK OF HOURS (Book 2) - For Gabriela Martinez, psychopaths do hit twice.
Four years ago, when Gabriela Martinez almost lost her life to a sociopath's twisted vision, she never thought she'd be hunted again.
After catching a glimpse of Gabriela's new work, The Book of Hours, Arnold Wickeham has been like a man possessed. Now, he will do anything to claim it, and no one, especially not Gabriela, will stand in his way.
Now that her life is being threatened once more, Richard Harrison will risk everything, not only to protect her, but especially to get her back in his life. However, the stakes are higher this time around and there is much more to lose. Together, Gabriela and Richard must find a way to stay one step ahead of the danger, if not, Gabriela's life, but especially their future together, may very well go up in flames.

Set in California and in London, The Book of Hours is a story about greed, dangerous obsession, family duty, and, especially deserved second chances.

"Dare I say that The Book of Hours may have been better than The Coin? Along with the action, suspense, romance, and murder attempts, who wouldn't enjoy this book? - Books, Reviews, Links, and a Little Extra" 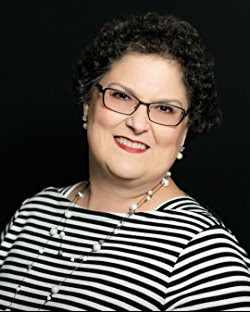 Maria Elena Alonso-Sierra is a romantic suspense author with a unique point of view. Her adventure novels take place in locales across Europe and the United States, reflecting her international upbringing and extensive time as a global traveler. In her duology, The Coin and The Book of Hours, her characters, Gabriela and Richard, walk the same paths as their creator, though her life was never in so much danger.

Her short story collection, The Fish Tank: And Other Short Stories, is an imaginative ride through various genres. One section in particular, “Soul Songs”, delves into the gut-wrenching experience of exile with Ms. Alonso-Sierra’s fictionalized Cuban Diaspora stories, based on her own experience of exile.

The author’s short story, “Retribution Served”, is featured in the anthology Book Dreams: Volume 1, and has been well received by readers.

Ms. Alonso-Sierra’s writing career began circa age thirteen with a very juvenile science fiction short story, but the writing bug hit, and she has been writing, in one capacity or another, ever since. She has worked as a professional dancer, singer, journalist, and literature teacher in both the university and middle school levels (and not necessarily in that order) and holds a Masters in English literature. She loves to hear from readers and, when not writing, roams around to discover new places to set her novels.

She is currently working on her fourth book, a Detective Nick Larson novel, and lives in North Carolina with her husband and her dog, Amber.