Within the Walls by Dre Keeton Book Tour and Giveaway :) 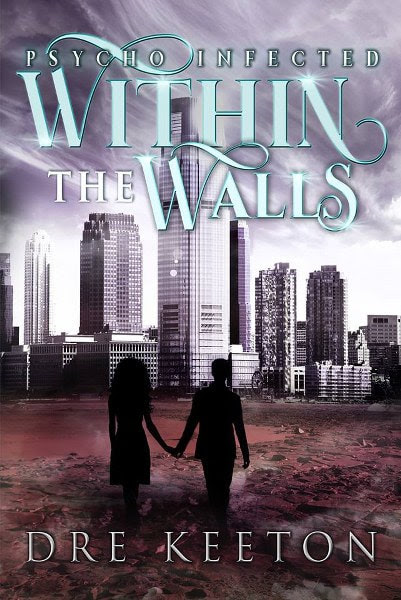 Within the Walls
by Dre Keeton
Genre: Paranormal Romance, Dystopian

Perfect opposites in a far from perfect world.

Jackson and Lenah are from two different worlds. Lenah is among the elite in Sundale City. Jackson, on the other hand, is broke, Psycho Infected and has a criminal record growing by the minute. It’s safe to say, in another life, the two would never have crossed paths.

But when Jackson is assigned to work for Lenah in an effort to use his PI abilities for something productive, things get complicated.

As their worlds collide, they realize how much they’ve both suffered and struggled with the darkness the infection brought the world.

But the closer they become, the more dangerous things get. It isn’t just that PI and human relationships are forbidden, but Lenah's powerful fiancé has no intention of letting her go. And as people in the American Walled Cities start disappearing, Jackson and Lenah discover there's something even more sinister at play than her pending nuptials.

Lenah Noseki strolled from the parking lot, bravely moving toward the cluster of protestors outside. They were a not-so-quiet ambush waiting for her as she made her way toward the hospital.
“Back off!” she yelled at a horde of men and women who pushed into her, trying to block her way to the front doors of the building. It wasn’t as if she wanted to be there. It wasn’t like she was thrilled to be signing away her brother’s life. Just like them, she longed for the days before the infection. But this was life now. “I said, ‘Back off!’” Lenah shouted again as a group of women linked arms in front of her. It had only taken her seven years to get the hang of it, but she’d finally grown accustomed to the pushy nature of selfrighteous protesters. She’d learned the hard way that niceties like “excuse me” didn’t work for these people. They were too blinded by their cause to extend common courtesy.
No, Lenah knew she had to wear her game face with this crowd. The irony was that she agreed with them, for the most part. She wasn’t a fanatic, but the infection sucked. Particularly on a day like today. But that didn’t mean she was going to stand in the street holding up traffic like a raving lunatic. Honestly, who had the time? Lenah wiped her hands down the sides of her pants, her palms sweating with anticipation as she moved further into the crowd, bursting through human fences and stepping over sitting protesters. The chaos was starting to get to her. She’d been a seesaw all morning—up and down on how confident she was with her choice. “Do you not believe in the sanctity of life, young lady?” A graying old man stepped into Lenah’s path. “Every life has the potential to bloom. Don’t give in to the will of the abominations. Protect your loved ones, and don’t offer them up on a silver platter!” he yelled at her as she tried to push past him. His wrinkled hands held on firmly to a sign that read “Don’t let our lives go over Psycho!” Lenah rolled her eyes and made an attempt to go around him, but he shifted, determined to complicate her morning. “Move it, old man, or the bloom of your life will end right here and now. No Psycho necessary.” Planting her feet, she narrowed her eyes at him, watching as surprise flickered across his features. He obviously hadn’t been expecting resistance. He stepped away, drifting back into the crowd, and she smiled after him, feeling like an accomplished badass. They didn’t usually run scared. Things typically turned into a screaming match, but she must have looked extra fierce that morning. Her high-puff ponytail and fitted overalls must have given all of the “don’t fuck with me” vibes she needed.
She wiped at beads of sweat forming on her forehead, and the corners of her smile inched downward. There was a reason she was extra fierce today. She had to be. Butterflies fluttered in her stomach as she approached the skyscraping hospital. It was the only one in Sundale, big enough to take up a city block, and it triple-functioned as hospital, feeding center, and mental institution.


She was already exhausted, and the hardest part of her visit hadn’t even started. She stopped in front of the large, PI-proof double doors and sucked in a deep breath. She shivered as she pulled them open and stepped inside. 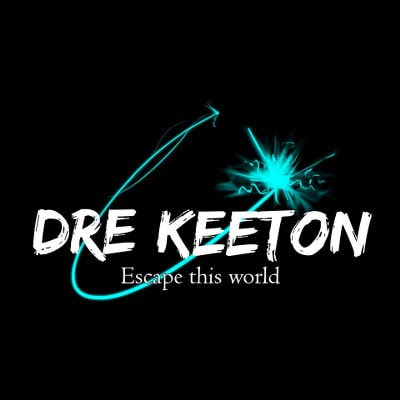 Dre Keeton is the oldest of three children, a tequila enthusiast, and fueled by plants. One of her favorite things, aside from chatting with her dog, is creating fictional worlds that seem likely. Dre is an avid promoter of diversity in literature and seeks to mirror that in her own work.