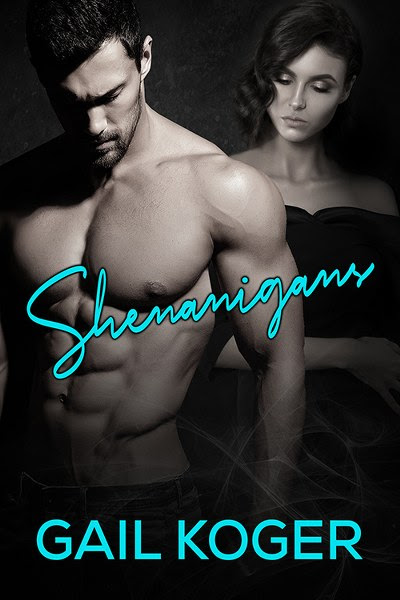 Kandi Cain inherited her Dr. Doolittle abilities from her grandmother and became a psychic pet detective. To her dismay, she just acquired the power to communicate with the spirit world, but dead people give her the willies.

Just when Kandi thought her life couldn’t get more complicated, the neighbor from hell moved in next door. The nasty guy’s name is Dutch Callaghan. How can someone so gorgeous be such a dick? Kandi could chalk some of it up to his job. Dutch is a Phoenix PD homicide cop.

Kandi’s current case is rescuing a Yorkie from a brutal dog fighting ring. Little does she know her dog napping suspect is involved in a series of brutal murders. Disguised as an elderly nun, Kandi rescues the Yorkie and, in the process, blows the hell out of Dutch’s undercover operation.

Kandi now finds herself a person of interest in her client’s murder and her sexy-as-hell, pain-in-the-butt neighbor is in hot pursuit of the Ninja Nun. Is Dutch about to slap the cuffs on? Only time will tell.

My name is Kandi Cain. How did I get stuck with this swell name? My mom, Margaret, is obsessed with Christmas. She even dresses as an elf in July. She had her ears surgically altered to be more elf-like. Ho. Ho. Ho.
I got into more fist fights than I could count in school defending mom’s quirkiness and my name. When I was eight, Dad decided enough was enough and gave me boxing and karate lessons. By the time I reached high school, no one dissed my mother or me anymore.
Our home is a shrine to Santa and his elves. The interior is a museum to rare and unique Christmas ornaments from the 19th century. The yard is decorated year-round with enormous Santas, giant candy canes and nutcracker statues. There’s an awe-inspiring amount of twinkling lights on the roof. They’re so bright, the astronauts complained.
I think my mother’s preoccupation with Christmas started when her father got drafted during the Vietnam war. Before he was sent on his second deployment, he took leave to spend Christmas with his family. He was killed in action six weeks later.
My father, Nick Cain, is a very large Santa look-a-like. He was a mob enforcer for the Gambino family until he met my mother at a Christmas party. It was love at first sight. To keep her safe, my Dad quit his job and they quietly moved from New York to Apache Junction, Arizona. Apache Junction is a small tourist town located at the base of the Superstition Mountains. The town caters to people interested in visiting the numerous ghost towns and hunting for the Lost Dutchman’s gold mine.
When Dad isn’t playing Santa, he’s a member of the Superstition Mountains Search and Rescue squad and a highly sought-after rattlesnake wrangler.
I was two when my parents found me in the backyard surrounded by birds, skunks, coyotes, jackrabbits, dogs, cats and a big ass mountain lion. I was giggling happily and petting them. My Dad said he almost crapped himself.
Mom wasn’t pleased I had inherited her mother’s psychic talents. She wanted me to have a “normal” childhood. As if. My ability to summon and communicate with critters grew until they were forced to ask Grandma Hester for help. They didn’t know how to deal with a miniature Doctor Doolittle.
My mother and Grandma Hester are poles apart. My grandmother always reminded me of the Queen of England with her crazy hats, brightly colored polyester suits, pearl necklaces and pristine white gloves. C’mon who still wears gloves? In the summer? In Phoenix?
My grandma lived her entire life in a dazzling pink gingerbread house located in the historic district of Phoenix. Her two acres of orange trees kept the neighbors supplied with fruit.
Overwhelmed by requests to find lost pets, and unable to live on the military’s survivor’s benefits, Grandma Hester started a pet detective agency called Finders. I was seven when I started helping her locate missing pets. I discovered I had a knack for it and once I started my hunt, I never failed to track down the lost dog, cat, horse, parakeet or pot-bellied pig. When I graduated from high school, I became a full-time pet detective. Since the pay wasn’t the greatest, I moved in with Grandma Hester and didn’t miss the Christmas music at all.
News of Grandma Hester’s ability to find missing pets spread and a movie star flew her to Hawaii to find his missing tiger. Her helicopter went down in a storm and the wreckage was never found. It felt like a piece of my heart had died with her.
She left me her house, the business and a bank account with the grand total of three thousand dollars in it. The bad news was, the house needed a new roof. The price tag was ten thousand dollars and our rainy season was rapidly approaching.
Two months after my grandmother died, the neighbor from hell moved in. One look at his muddy red aura and I knew he would be a problem. The asshole’s name is Dutch Callaghan. He reminds of that guy who plays Thor in the movies. How can someone so gorgeous be such a prick?
I could chalk some of it up to his job. Dutch is a Phoenix PD homicide detective. I know the long hours and the blood and gore would make me cranky. I even baked the ass some “welcome to the neighborhood” cookies. He took one bite and dumped them in the trash. I’ll admit I’m not the best cook in the world, but that was downright rude.
Then the bastard said, “I don’t do pity fucks.”
I was so stunned, I just stood there gaping at him. With a nasty smile Dutch stomped off.
Me a pity fuck? Did I look that desperate? My temper flared to life and I yelled, “I’m not a pity fuck.”
“And I don’t pay for sex either,” the asshole yelled back.


He thought I was a prostitute? Oh, hell no. This meant war. The jerk had spent hours washing his big, black, high-rider truck. I summoned a flock of pigeons and had them crap on it. Repeatedly. “Game on asshole.” 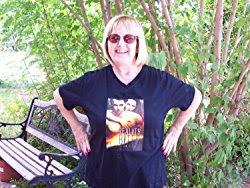 How do I come up with my stories? Being psychotic helps. I was a 9-1-1 dispatcher for way too long. All those years of wild requests, screwy questions, bizarre behavior and outrageous demands have left me with a permanent twitch and an uncontrollable craving for chocolate. Don’t get me wrong. Working as a 9-1-1 dispatcher can be very rewarding. BUT - some days I felt like the entire world was nuts. I mean, c’mon, who in their right mind calls 9-1-1 for the winning lottery numbers? To keep from hitting myself repeatedly in the head with my phone, I took up writing.

I made the Night Owl's Awesome Paranormal Romance Authors List.