Burning Bright (Going Down in Flames #5) by Chris Cannon Blog Tour with Giveaway :)

Burning Bright (Going Down in Flames #5) 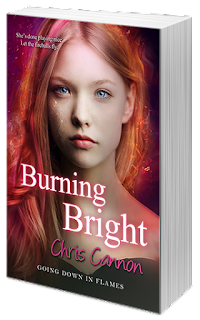 Bryn is back for her senior year at the Institute for Excellence, also known as shape-shifting dragon school. She isn’t sure which is scarier, the life-force sucking dragons stalking campus or the fact that she’s officially betrothed to Jaxon, a guy who will never love her. Not that she could ever love him, either… That’s just ridiculous.

Senior year should be fun. Her parents are alive, she’s finally fitting in, and she’s learning how to be a Medic. But what’s with Jaxon giving her strange looks? He runs hot and cold, and he doesn’t even have the excuse of being a hybrid fire-and-ice-breathing dragon like her. One minute they’re having a great time and the next, she wants to blast a fireball at his head. The marriage contract of doom looms over them--unless this match not made in heaven kindles a flame… 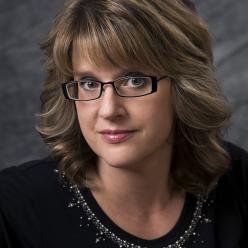 Chris Cannon is the award-winning author of the Going Down In Flames series and the Boyfriend Chronicles. She lives in Southern Illinois with her husband and several furry beasts. She believes coffee is the Elixir of Life. Most evenings after work, you can find her sucking down caffeine and writing fire-breathing paranormal adventures or romantic comedies. You can find her online at www.chriscannonauthor.com.

This scene takes place after Bryn shoots a fireball at Jaxon’s head because he’s being a total asshat. I ended up cutting it because it didn’t change her outcomes. It was more like a venting session with her grandmother. Since it didn’t move the story along, it had to go.


“Then you’ve given him fair warning,” her grandmother said. “And he should act accordingly or suffer the consequences.”