Doms of Decadence by Laylah Roberts Book Tour and Giveaway :) 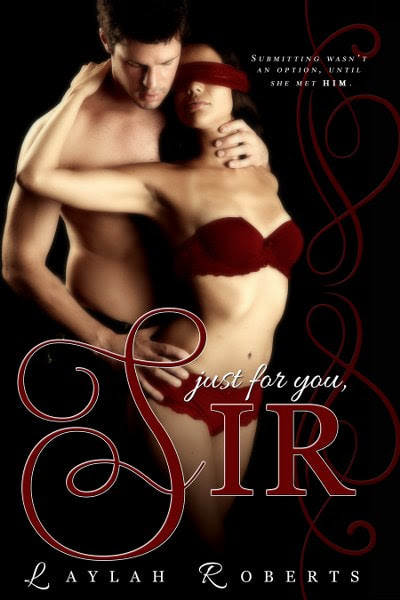 Since losing his wife, Derrick hasn’t been interested in another relationship. But lately, he's been growing bored playing with a different sub each weekend. He needs something more.

On the run from an abusive husband, the last thing Jacey needs a man. Yet, there is something about Derrick that calls to her, that makes her imagine impossible things…

Like having him touch her, taste her, take her, dominate her.

Excerpt from Just For You, Sir

“Come out to dinner with me,” he finally said.
“Umm.” She glanced down at her near-empty plate.
Derrick’s lips twitched. “Maybe not tonight. Tomorrow night. I’ll pick you up.”
“Derrick, we don’t even know each other.”
“Which is why we need to go out to dinner. To get to know each other. I wasn’t sure I’d find you so I couldn’t believe my luck when I walked into this diner and saw you. I haven’t been able to stop thinking about you. Jacey, I want to get to know you better.”
She stared at him in surprise and disappointment. In another time and place, she would gladly have jumped on his offer. But she couldn’t afford to get close to him. What if she trusted him and he ended up like Stephan? Obviously, her judgment when it came to men was crap.
Then there were all the secrets she was hiding. Even if he was as genuine as he appeared, she couldn’t lump him with all her issues. That’s assuming he didn’t run for the hills once he heard the whole sordid tale.
“Ahh, Derrick—”
He held up his hand. “I can tell you’re going to say no, so I want you to think about it. When’s your next shift?”
“I’m working the breakfast shift every day this week.” She was covering for one of the other waitresses. Shit. She probably shouldn’t have told him that. He could still be a psychopath trying to lure her into his damp, dark basement. Her fatigue was making it hard to guard her words.
She needed to end this now before either of their feelings got involved. As she opened her mouth to speak, he stood.
“Good.” He grinned. Pulling out his wallet, he grabbed some cash.
“That’s too much,” she protested.
“The service was excellent.” Standing, he leaned down and kissed her on the cheek.
“I’ll see you tomorrow.”


Oh God, what was she getting herself into? She placed her hand on her cheek as it tingled. 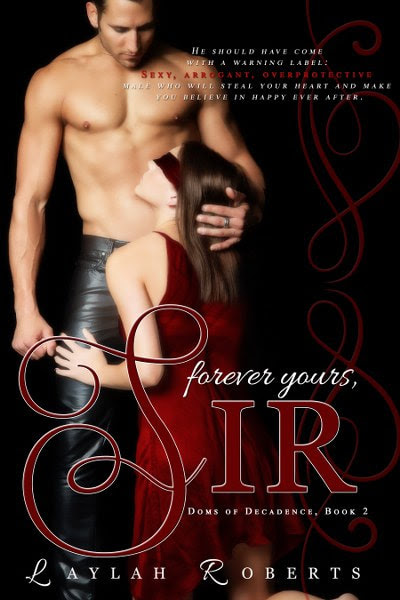 
But then circumstances throw her into the path of Hunter Black, a man who wasn’t used to hearing no. A Dom who sets her heart racing, has her craving his dominance, his touch, his love.
From the moment he meets Cady, Hunter can’t get her out of his mind. He offers her a job to get her off the streets and under his protection. He wants to dominate her, protect her, love her.
Now they just need to overcome their pasts and figure out that happily ever after really does exist. 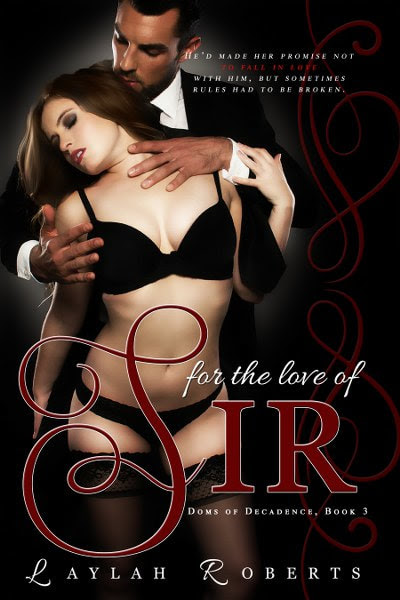 For the Love of Sir
Doms of Decadence Book 3

Despite being rejected once by Alex, Tara couldn’t help but lust after the sexy, sophisticated Dom. Rundown and exhausted, sometimes it felt like her fantasies were all that kept her going.


So what if part of her fantasy could become a reality?
Alex wasn’t looking for a relationship. He wasn’t about to trust another woman after his ex-wife cheated on him. But he couldn’t deny the attraction he felt towards Tara. But would the sweet sub be willing to accept his proposal?
He’d take care of her, protect her, dominate her and give her multiple, delicious orgasms. In return all she had to do was promise not to fall in love with him.
No emotions=no pain.
Simple right? 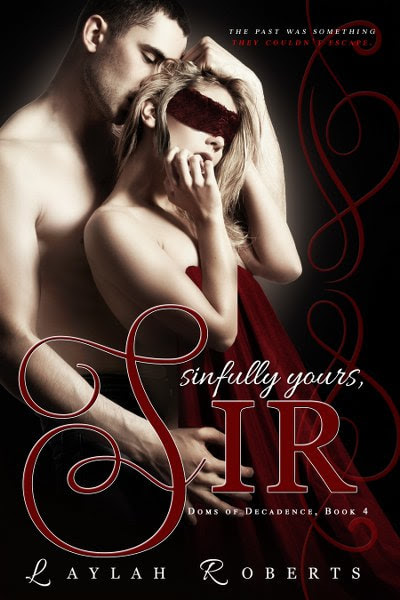 He was her every fantasy brought to life—protective, dominant, sweet and sexy. And he wanted her. Life was looking pretty good…

Until Tilly gets a phone call that flips her world upside down. Now there’s a gang breathing down her neck; she’s relying on a mob boss for help and she’s in a whole world of trouble.

Dylan wasn’t about to stand by and let anything come between him and the woman he intended to spend his life with. He would do whatever was necessary to protect her, no matter what secrets in his past he had to confront or what lines he had to cross… 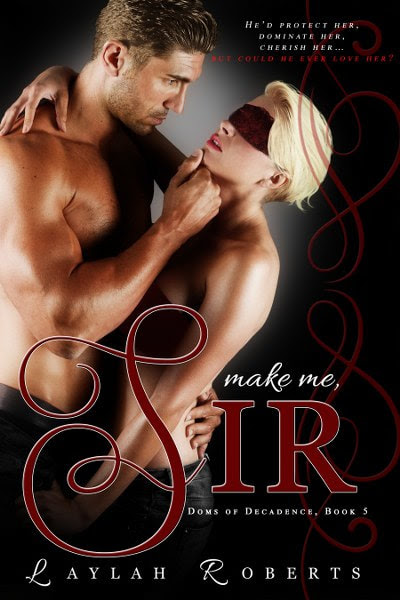 Reagan is smart. She’s successful.
She’s also in big trouble.
The cops think she’s crazy. But she knows someone is breaking into her apartment and messing with her mind. Luckily for her, the Doms of Club Decadence look after their own. They hire Black-Gray Investigations to look into her stalker.
They send in Tiny.
Sexy, confident, all male. He confuses her, arouses her and irritates her. He’s not turned off by her quirks. Instead, he embraces them.
Could he be the man for her? The Dom to make her truly submit? Or will he leave when the threat to Reagan is over, leaving her alone once more.
And even lonelier than before.

No cliffhanger. Happy ever after guaranteed. 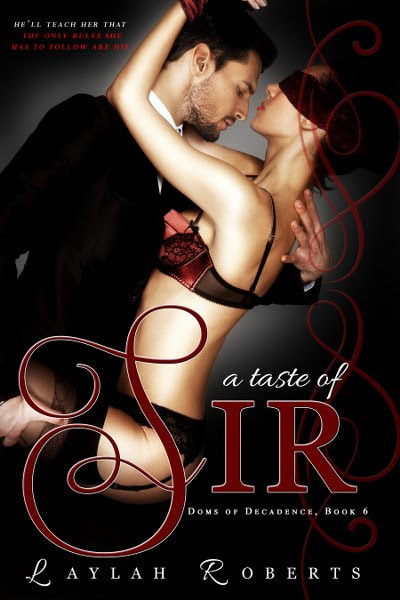 A Taste of Sir
Doms of Decadence Book 6

Lacey Andrews was confident, self-assured, successful…until the day she became one man’s twisted obsession and her life changed forever.

After quitting her job as a profiler at the FBI, she takes a job at Black-Gray Investigations. Surely, working at a small investigation firm is just what she needs to get herself back on track. Low stress, no pressure, a slower pace.

Her new work mates are intense, protective, and a little insane. Then there’s her boss. Gray Mathers. The man is sex on a stick, and she’d like to lick him. All over.

Low key? No stress? Nuh-uh, not her life.

Gray can't work out what he's done to offend their newest employee, but she practically runs the other way when she sees him coming. She could use a session at the club to help her relax.

And perhaps he was just the Dom to help her.

As Gray and Lacey discover, secrets have a way of breaking free. Even when you least expect it. 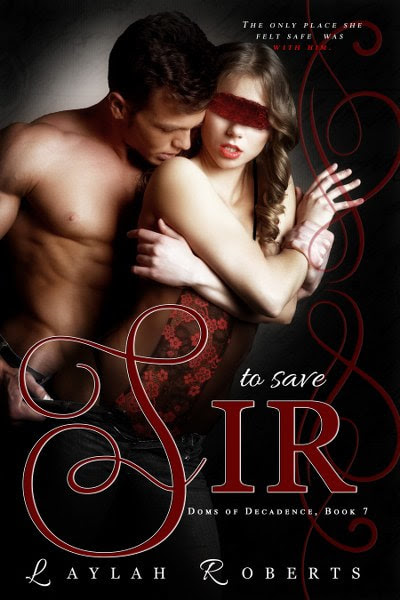 To Save Sir
Doms of Decadence Book 7


She just wanted to make the world a better place...
All Jenna wanted was to help people. That’s why she went to medical school. Why she joined Doctors Without Borders. She knew she could make a difference ...until the day her world is ripped apart.

He didn't think there was any good left in the world…
Curt Nolan didn't feel hope any more. He didn't feel much of anything. The only thing that got him out of bed was his job at Black-Gray Investigations. Until he is hired to rescue Jenna. She’s everything he isn’t. Good, kind, sweet.
And when he realizes the danger to Jenna isn’t over, Curt knows he’ll do whatever is necessary to protect her. 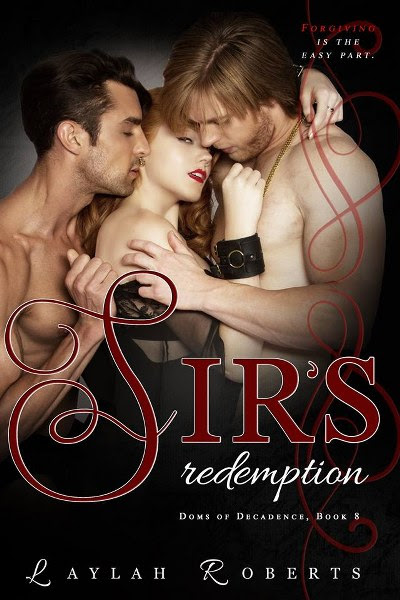 Kinley Stevens was in trouble.


Lying to your Dom is never a good idea. Not if you want to sit comfortably the next day.
But she had no other choice. She loved being dominated in the bedroom, but Sloan was the type of guy who would take over her life if she let him.
Mind you, he couldn’t do a worse job of managing her life than she was.
Sloan knows that Kinley is keeping something from him. And it’s totally unacceptable. If he has to take her in hand to show her then he will. Gladly.
But little does he realize that her secret is going to collide with his…in the form of the man he once shared a sub with.
The man he blamed for her death.
The man who now wants that same arrangement with Kinley. 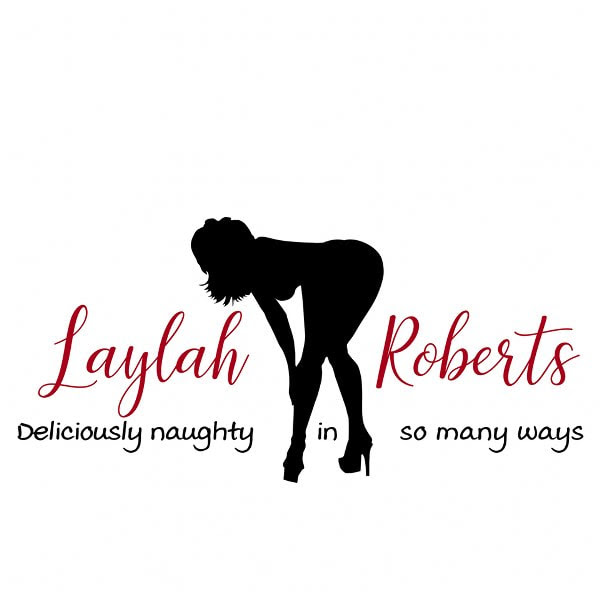 Laylah Roberts lives in New Zealand with her husband. She started writing a few years ago and hasn’t looked back since. Her other passion besides writing is traveling and the list of places she wants to visit gets bigger every year.