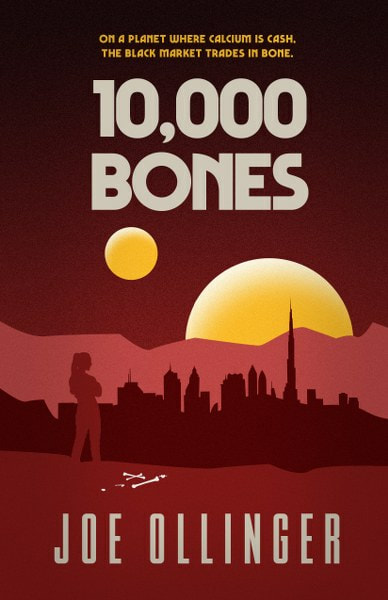 On the planet Brink, calcium is cash. The element's scarcity led the world's government to declare it the official currency. In the decades since, the governments of other colonized worlds have suppressed shipments of calcium in order to maintain favorable exchange rates, while Brink's Commerce Board has struggled to negotiate importation quotas to keep the population alive and growing.

Taryn Dare is a Collections Agent, a specialized detective tasked with finding black market calcium and recovering it, so that the Commerce Board can recycle it and distribute it as currency. Taryn is fueled by one goal: to save up enough currency units for a one-way ticket to a better world. But when a job recovering a human corpse uncovers a deadly conspiracy in the system, Taryn is drawn into an investigation that may threaten her life, and the very fabric of her society.

In the middle of a pursuit, it’s easy not to think about what I’m chasing. Remembering it, reminding myself how it all works and why, connecting all the dots that add up to a picture of a society that needs someone to do what I do—that’s the hard part. That comes later. Right now, I am focused. I need to be as inescapable as the harsh realities that put me here. I’ve followed the busboy since he left the restaurant, first from a distance on my quickbike, then another three blocks on foot, into this crumbling, stripped-bare tenement in the Dust Pit. He’s glanced back at me twice. He sees me, sees my blue-and-black Collections Agent uniform. I’m closing in on him as he enters the stairwell, and the tension is palpable in his stiff, quick pace, in the sweat stains on his white shirt, in how tightly he’s gripping the to-go bag he’s carrying. So far he’s been smart enough not to break into a run. I should have stopped him sooner, but I wanted to see where he was going. He’s gone far enough. Peeking into the stairwell, I don’t see an ambush, just the busboy’s feet hitting the stairs fast and light. I bolt after him. By the sixth floor I’m closing in. At the seventh, he throws open the door for the hallway. And then I’m on him. I lean a shoulder in and hammer him into the wall. He deflates and falls in a crumple, but he’s still clutching the to-go bag, trying to keep it and its precious contents away from me as he struggles to squirm free. I hit him with a deliberate but hard right elbow to the nose. There’s a crack, and his nostrils are smeared with blood. The fight goes out of him. I whip a zip-cuff out of a pouch on my belt, slip one end over his wrist and the other over the door handle, and pull them tight. Suddenly he’s not a fleeing criminal any longer, just another poor, malnourished kid who took a bad risk. Rising to my feet, I snatch the to-go bag away, open it up, and look inside. Just what I expected. The restaurant’s manager was right. The busboy was stealing. Inside the bag are little gray bones. Probably from chickens, or maybe ducks. Money. 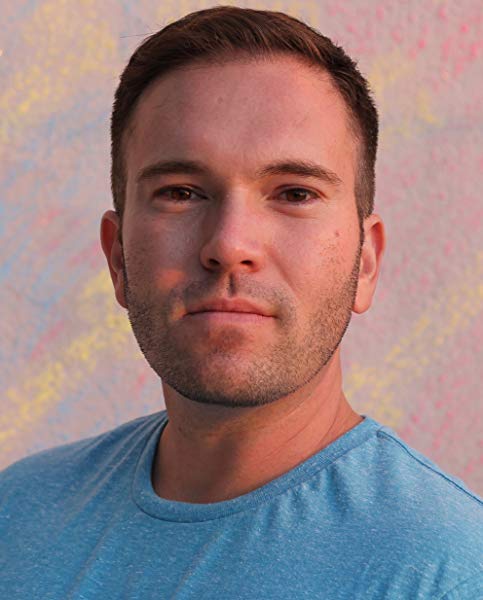 Joe Ollinger grew up in a small swamp town in Florida. After graduating from USC, he worked for several years as a reader and story analyst for Academy Award Winning Filmmaker Oliver Stone. Currently residing in Los Angeles, he was a semifinalist in the Nicholl Fellowships in screenwriting. He works as an attorney when he's not writing.