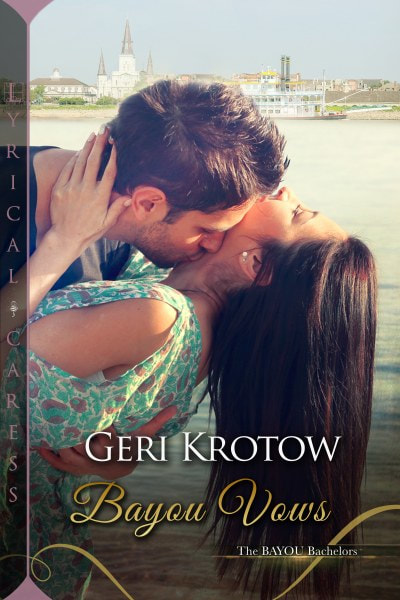 Not even the wildest Bayou Bachelor of all can resist the right woman.

Jeb DeVillier has a lot of explaining to do. True, he did steal millions from the sailboat business he ran with his partner, Brandon, and disappear to South America. But Jeb has a good reason—Brandon’s sister, Jena Boudreaux. A decade ago, she broke his heart when she chose career over their relationship. Still, when he learns she’s being held for ransom by drug dealers, he doesn’t hesitate. He’ll save her life, no matter what the danger.
When Jena called Jeb out of the blue, it was to ask him to give her last words to her family. She knew the risks when she took one final mission for the CIA. Suddenly, Jeb’s riding to the rescue like her own personal Cajun knight. Yet now that they’re both safe in New Orleans, he refuses to give her a second chance.
That’s not good enough for Jena. Because when you find someone crazy enough to risk everything for you, the only sane thing to do is to hang on tight . . . 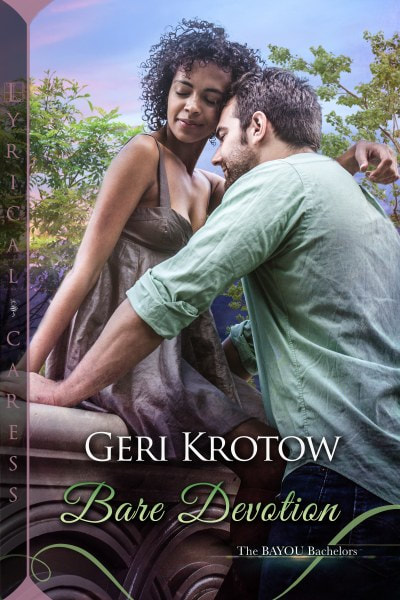 Sweet and sultry, hot and wild…that’s desire, Louisiana-style. And there’s no one better to explore it with than one of the Bayou Bachelors…
Returning to her flooded New Orleans home to face Henry Boudreaux, the man she jilted at the altar, is the hardest thing attorney Sonja Bosco has ever done—even before she discovers she’s pregnant. Sonja backed out of the marriage for Henry’s sake. He wants to be part of his father’s law firm, and his parents will never approve of an interracial marriage. Better to bruise his heart than ruin his life.
Henry can’t forgive Sonja, and doubts that he can trust her again. But learning that they’re going to be parents means there’s no avoiding each other. Springtime on the bayou is already steamy enough…now they’re living in the same small space while their damaged house is repaired. And with each passing day they’re getting a little more honest. A lot more real. And realizing that nothing—not even New Orleans at Mardi Gras—glows brighter than the desire they’re trying to deny… 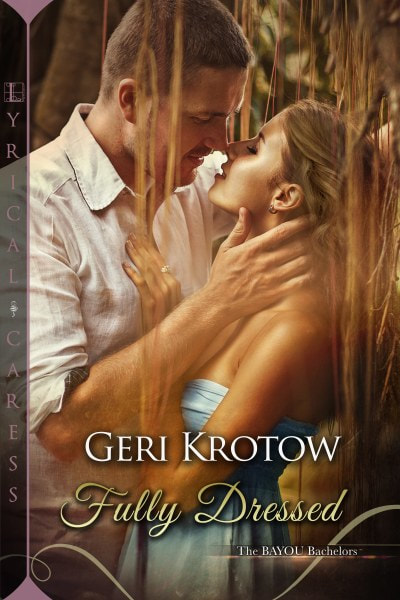 There’s nowhere hotter than the South, especially with three men who know how to make the good times roll. But one of the Bayou Bachelors is about to meet his match…
New York City stylist Poppy Kaminsky knows that image is everything, which is why she’s so devastated when hers is trashed on social media—after a very public meltdown over her cheating fiancé. Her best friend’s New Orleans society wedding gives her the chance hide out and lick her wounds...
Brandon Boudreaux is in no mood to party. His multi-million dollar sailboat business is in danger of sinking thanks to his partner’s sudden disappearance—with the company’s funds. And when he rolls up to his estranged brother’s pre-wedding bash in an airboat, a cold-as-ice friend of the bride looks at him like he’s so much swamp trash.
The last person Poppy should get involved with is the bad boy of the Boudreaux family. But they have more in common than she could ever imagine—and the steamy, sultry New Orleans nights are about to show her how fun letting loose can be…
“New Orleans serves as a strong supporting character in Fully Dressed as Krotow gives an inside view on the sights, sounds, and tastes of the bayou.” —RT Book Reviews 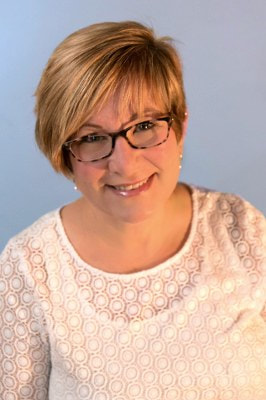 Geri Krotow is the award winning author of more than thirteen contemporary and romantic suspense novels (with a couple of WWII subplots thrown in!). While still unpublished Geri received the Daphne du Maurier Award for Romantic Suspense in Category Romance Fiction. Her 2007 Harlequin Everlasting debut A Rendezvous to Remember earned several awards, including the Yellow Rose of Texas Award for Excellence.
Prior to writing, Geri served for nine years as a Naval Intelligence Officer. Geri served as the Aviation/Anti-Submarine Warfare Intelligence officer for a P-3C squadron during which time she deployed to South America, Europe, and Greenland. She was the first female Intel officer on the East Coast to earn Naval Aviation Observer Wings. Geri also did a tour in the war on drugs, working with several different government and law enforcement agencies. Geri is grateful to be settled in south central Pennsylvania with her husband.

Where do your ideas come from?

I’ve asked my writer pals about this, and the answer is different for each of us. I have a friend who outlines her entire story before she even gets to know her hero or heroine. Another friend uses a cork board, and many make collages of their story before writing. My characters usually come to me first. They show up like snippets of films in different settings, and from there I start the hard work. Some stories find me writing like a mad woman, hour after hour, straight through the first draft. Others require months of research. My stories seem to be as varied as my friends!