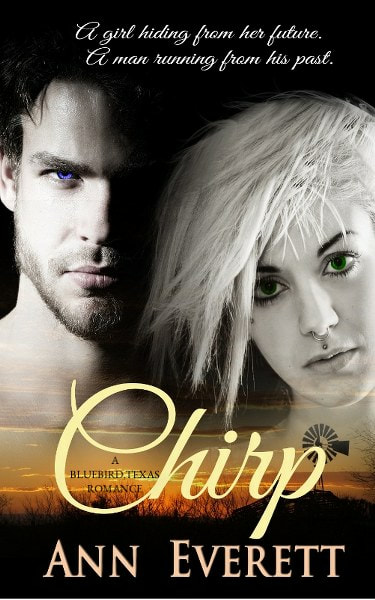 A woman hiding from her future…


Heiress to the largest steel company in America, twenty-year-old, socially awkward Blaze Bledsoe hides out at Dessie Bishop’s farm. For the last three years, Blaze has eluded one investigator after another, but just when she thinks she’s safe, a PI closes in. Her luck is about to run out in more ways than one.
A man running from his past…
Rance Keller, a tough, hard-living ex-con, fresh out of prison for a crime he didn’t commit, arrives to claim the house his grandmother left him. Finding a strange girl living there, his plans for a solitary life take a turn. Her lack of modesty, no filter, and word of the day fetish baffles him, but those big green eyes and sweet mouth have him losing sleep.
Welcome to Bluebird, Texas
Where two damaged people with secrets, discover trust can lead to passion.

The girl choked. “I haven’t done anything illegal. I swear. I’ll cook. Clean. Do your laundry.” He swiped his final bite through gravy and shoved it in his mouth. The kid’s cooking skills had to come from Gran’s instructions because everything had his grandmother’s touch. “I can do all that for myself,” he said. Yeah, he could, but after this meal, she had a good selling point. No, he had to scare her skinny ass away. “I’m horny as hell. Guess you could help me with that.” She swallowed hard, and for a minute he thought she might faint, but she pulled herself together. “I guess if that’s my only option, I could try.” Holy hell. Not the response he’d expected. He looked at her. Really looked at her. This sly little fox was on to him. She was odd, but not dumb. “That’s good news. I mean, I’ve already seen the merchandise and talk about convenient. Doesn’t get better than having available pussy on the premises.” She gasped. He’d called her bet, raised the wager, and backed her into a corner. Put out or get out. His eyes wandered to her breasts, then her face, which had lost all color. He belched and scratched his chest for effect. “So, you ready to get it on or do you want to clean the kitchen first?” She glared at him. “You’re not serious.” Leaning forward, he rested his arms on the table and gave his best evil grin. “I am.” She stood, reached for the hem of her shirt and in one quick motion, jerked it over her head. “If I have to have sex with you to stay, I will. But first, you need to take a bath and brush your teeth. You smell like an ashtray.” She turned and disappeared down the hallway. Rance froze in his chair. She’d called his bluff. Hell. Now what? 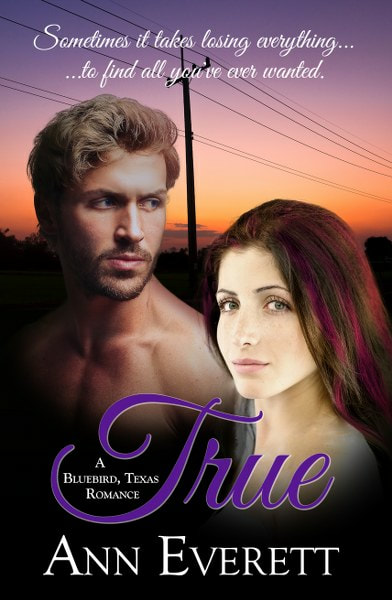 
Sometimes it takes losing everything…
True Shanahan must be the unluckiest woman in the world. Either that or she’s cursed. After another failed relationship, True leaves Dallas with a broken heart and new attitude. It’s time to walk on the wild side. But when she makes a wrong turn and ends up in Bluebird, Texas, the only man she wants is anything but reckless.
…to find all you’ve ever wanted.
Ritter Malone is the town’s favorite son and has the local hero awards to prove it. Seems he’s always in the right place at the right time. But when he crosses paths with True, his life takes a turn he never sees coming. Her songwriting skills may be questionable, but her ability to turn him inside out is indisputable.
Welcome to Bluebird, Texas.
Where a chance meeting gives two people a chance at love.

He gasped. “What have you done to me?” She rocked forward and buried her face in the hollow of his neck. “You’ve heard of the Seven Wonders of the World? I located your seven wondrous erogenous zones.” “Pretty sure I came close to dying.” She giggled. “If you weren’t in such good physical condition, I would have stopped at number four. But I was pretty sure you’d survive them all.” “Pretty sure?” “Yeah. It was a risk I was willing to take. And—it paid off. You seemed to enjoy it.” He laughed. “Not sure enjoy is the right word. Damn, True. You’re something.” She sat up straight. “I don’t want to be something. I want to be everything.” He pulled her close and whispered against her lips. “You’re all I want. Need. Ever dreamed of. You are my everything.” 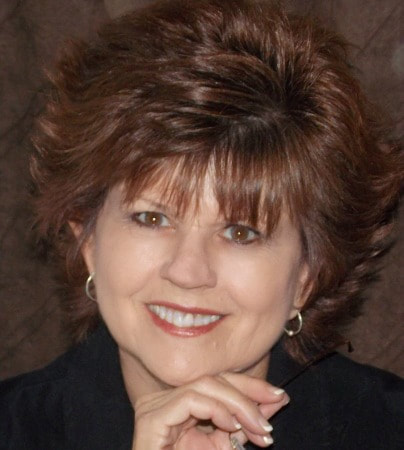 Award-winning author, Ann Everett embraces her small town upbringing and thinks Texans are some of the funniest people on earth. When speaking to writing groups, businesses, book clubs, and non-profit organizations, she incorporates her special brand of wit, making her programs on marketing, self-publishing, and the benefits of laughter, informative and fun.

Ten things you won't know about Ann by reading her bio:

She's married to her high school sweetheart.
She loves shopping at thrift stores.
She doesn't remember her first kiss.
She hates talking on the telephone.
A really sharp pencil makes her happy.
She secretly wants to get a tattoo.
She believes everyone should own at least one pair of cowboy boots.
She's thankful wrinkles aren't painful.
She sucks at math.