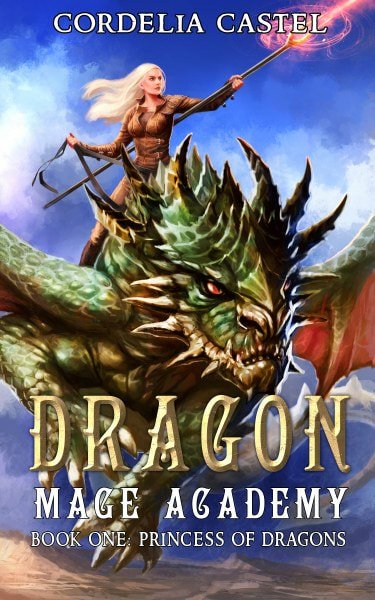 A disguised princess. A murder most malicious. A dragon condemned to death.

Her plans go wrong when a dragon accused of murder forms a telepathic link: the deepest possible bond between dragon and rider.

And it can only mean one thing:

If the dragon is executed, Alba will die.

With her fate intertwined with that of the condemned dragon, Alba must prove its innocence to save both their lives.

But can she achieve this before the Academy’s rigorous regime breaks Alba’s spirit?

If you like Eragon and Dragon Riders of Pern, you will love this page-turning fantasy adventure!

We stood on a grassy, outdoor terrace of verdant greens brightened by the afternoon sun. It stretched about twenty feet in width and ran all around the mountain. On our left was a grass-covered mountainside with the same vegetation growing beneath our feet. The terraces below were even wider, some growing fruit trees, others crops. They stretched out in an endless stream of green, and several levels below, stood cattle grazing on the grass. My breath caught. The landscape reminded me a little of home, but instead of an expanse of fields and forests stretching for leagues, we were on the side of a mountain in full view of the surrounding scrubland. 'This is level one of Mount Fornax'.€ He pointed upwards. '€œThe reception building is a level up.' It was difficult to see the surface of the mountain from where we stood, although I did catch glimpses of tree branches. Phoenix strode ahead, gesturing to the left wall. 'Each dragon has their own spacious stall, and everyone gets a good view of the skies. The stalls also link to a communal area in the hollow of the mountain.' I continued after him and stopped at a giant opening in the wall. A crocodile-green dragon lounged deep within a cavern, resting its head on folded arms. Shadows obscured most of its features except for a thick, serpentine scale adorned with horns. 'What a lovely dragon.' I reached my hand out, only to meet an invisible barrier. 'Ouch!' The tip of its tail flicked at me, and I hurried away. We continued over the terrace. 'How many dragons live in Mount Fornax?' Phoenix rubbed the back of his head. 'That depends on how you define a dragon. Including eggs and cocoons, I suppose we have about seven hundred.' I was about to ask what he meant about cocoons, but an ear-piercing roar shook me to the marrow. My head snapped to the side, and I stared into another stall. The dragon lying inside widened slitted, scarlet eyes that seemed to reach into my soul. Each eye was as big as my head, and the dragonâ€™s head was as high as I was tall. My breath caught, and I stilled, not taking my eyes off the massive predator. 'How friendly!' said Ivan from up ahead. This dragon looked nothing like Aunt Cendrillaâ€™s steed, Fogo. Its face was shaped like that of a lion, with a regal snout and emerald green scales instead of fur. Where there would have been a mane, scale-covered horns, each as long as my legs, curved back from the top of its head. Olive-colored horns protruded from its lower jaw. When the dragon rose to its feet, it did so with the grace of a giant cat, but its body reminded me of the iguanas that dwelled on the tropical forest region of Bluebeard Mountain. It stood on thick, muscular legs with forearm-length claws splayed out for balance. 'Ah,' replied Phoenix. 'That's the dragon I caught lurking around the courtyard.' 'The..'Words caught in my throat. I coughed. 'The one who killed Mr. Jankin?' '€œNo one else could have done it.' Phoenix walked back and stood next to Ivan. 'Madam Maritimus' security witches accounted for the whereabouts of all the others.' I shook my head. Although whatever caused the fire was hot enough to turn a man and his desk into char, something still didn't add up. 'This dragon could never have fit through the hallways, let alone the doors.' The green dragon tilted its head to the side, its eyes seeming to track our every word. 'Jankinâ€™s office had a skylight,' replied Phoenix. Ivan nodded. 'That makes sense. The dragon could have blasted poor Mr. Jankin from above.' Phoenix didnâ€™t reply for a long time, then he raised a shoulder. '€œI wouldnâ€™t exactly describe Jankin in such sympathetic terms, but I suppose even he didn'€™t deserve a fiery death.' A rush of anger filled my chest and seared my cheeks. How unfeeling! I was about to comment, when a female voice filled my ears. '€œI'm innocent!' 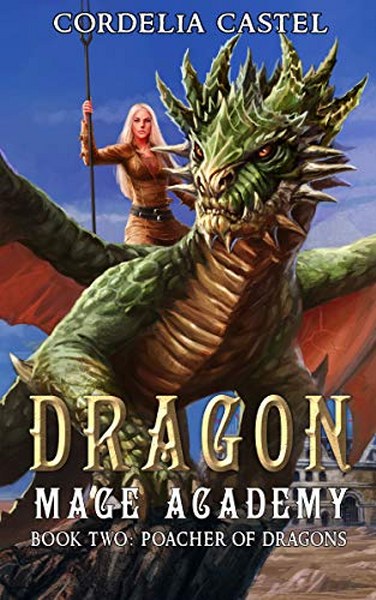 Alba and Fyrian face another challenge — all the dragon eggs vanish from a magically secured incubator, leading the dragons of Mount Fornax to revolt.

With the already country on the brink of civil war, an outbreak of furious dragons will leave it vulnerable to King Magnar’s army of invaders. Alba and Fyrian suspect the devious warlord of ordering the theft, but they cannot act without evidence.

They have twelve hours to retrieve the eggs, or the dragons will break through the wards of Mount Fornax and burn the country to ashes. Now, Alba and Fyrian must uncover King Magnar’s deception before he transports the eggs across the border. 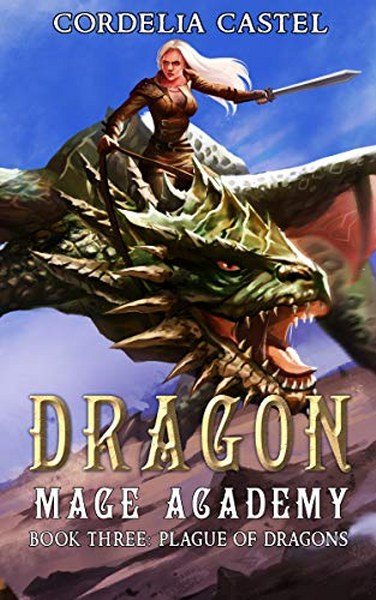 
But a twist of magic sends suspicion falling onto Alba, making her the target of unwelcome scrutiny. With Fyrian too weak to help, Alba must join forces with an old enemy to to uncover the truth behind the plague before it turns deadly. 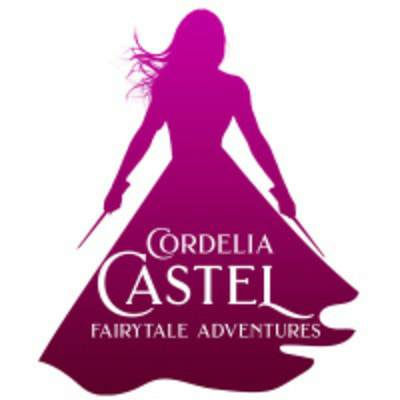 When Cordelia Castel isn't riding dragons or trying on glass slippers, she's writing tales about heroines who wield weapons, defeat the villain and save the prince all in time for the ball.


Cordelia is the author of two young adult series: The Seven Kingdoms: an action-packed, Young Adult series where all the fairytale heroes and villains exist, and it's next generation, Dragon Mage Academy, set in the same world. 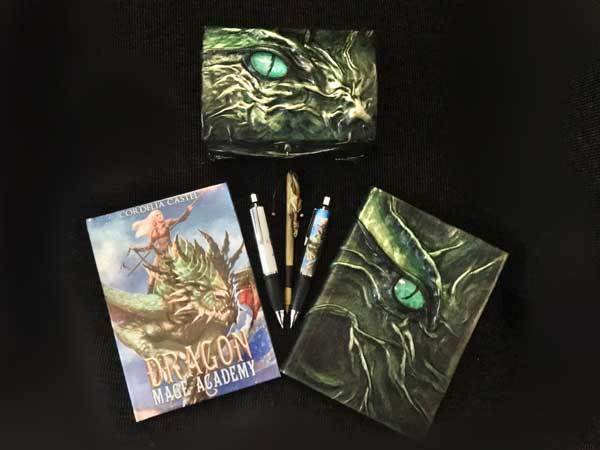