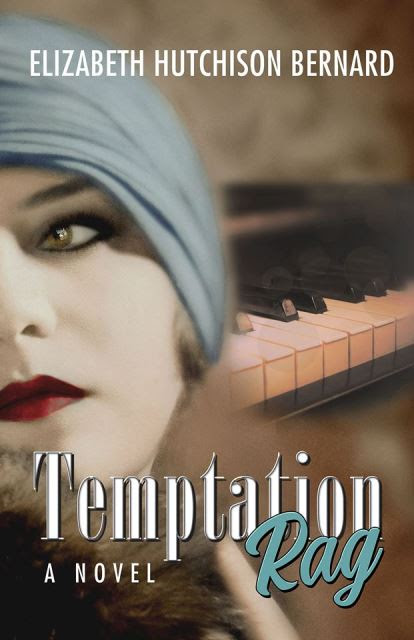 From the author of The Beauty Doctor, Finalist for the 2018 Eric Hoffer Book Award, 2017 AZ Literary Awards, and a Medallion Honoree of the Book Readers Appreciation Group. Seventeen-year-old May Convery, unhappy with her privileged life in turn-of-the-century New York City, dreams of becoming a poet. When she meets the talented young Mike Bernard, an aspiring concert pianist, she immediately falls in love. But after their secret liaison is discovered, neither is prepared for the far-reaching consequences that will haunt them for decades. As Mike abandons serious music to ruthlessly defend his hard-won title, Ragtime King of the World, May struggles to find her voice as an artist and a woman. It is not until years after their youthful romance, when they cross paths again, that they must finally confront the truth about themselves and each other. But is it too late? The world of ragtime is the backdrop for a remarkable story about the price of freedom, the longing for immortality, and the human need to find forgiveness. From vaudeville’s greatest stars to the geniuses of early African American musical theater, an unforgettable cast of real-life characters populates this richly-fictionalized historical saga.

It was late on a Wednesday afternoon when Mike hired a horse-drawn hansom to take him to Fifth Avenue and Forty-Ninth Street, at the last minute asking the driver to drop him off a couple of blocks shy of his destination. He needed a few minutes to think. A short walk and a touch of air, cooler now that it was near the end of September, should help to clear his head. And afford one final opportunity to change his mind. He had learned where May lived from Mrs. Wellington. It hadn’t been difficult. He merely told her that he’d run into his former student at the charity concert last April. Mr. and Mrs. Livingstone, he said, were in the process of redesigning their music room, and Mrs. Livingstone had asked whether he might be willing to consult with them on the particulars. Though it was not his usual line of work, he consented to help but then promptly misplaced Mrs. Livingstone’s card. He felt terrible, he said, for waiting five months to get in touch. That part, at least, was true. Ever since the night he and May saw each other at Mrs. Wellington’s, he’d been unable to put her out of his mind. Funny how, lately, he could remember only the good. How, from the beginning, May had a knack for making him feel important. Making him imagine himself better than he was. How she had given herself to him in a way no one else ever had—completely, without reservation. Thinking about it after all this time he had come to the conclusion that, in her naïve way, May had genuinely loved him. What astonished him most was that she loved him then—when he was nothing, nobody. He had wanted to love her in return. Or he thought so now. But when it came to the important people in his life, there had always been an uncomfortable disparity between what he wanted to feel and what he actually felt—which often seemed like not enough. Sometimes he wondered if he simply had no capacity for love. Maybe there was something missing, some basic component of a human being that he was born without. Or maybe it was simply that there could be no room in his life for any love but music, an explanation he found far easier to accept. He asked himself whether it was possible he really had loved her? It was too late, of course, to matter. But wouldn’t it be better if he knew? Before he felt entirely ready, he found himself in front of the massive limestone mansion where May and Teddy lived, a residence almost as palatial as the home in which May had grown up, where he used to give the Convery daughters their piano lessons. His self-confidence took a precipitous dive. Seen through the eyes of people like the Converys and the Livingstones, his accomplishments must seem little more than child’s play. What did they understand about musicianship and what it takes to become great? The talent, the dedication, the inspiration. To them, it was all small time, and he would never be anything more than a cheap music-hall entertainer. He hesitated at the edge of the driveway, pulling his hat low over his eyes. He had done fine without May’s forgiveness up to now. Why was he suddenly so in need of it? Could it be, despite his success, that he really hadn’t changed? That he still felt as insecure, as unworthy, as before? But that was ridiculous. Everything had changed, especially him. He was the Ragtime King of the World. The one nobody could beat. 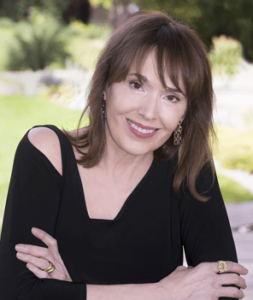 Elizabeth Hutchison Bernard is an award-winning author of historical fiction. Her novel The Beauty Doctor is a suspenseful tale that takes place in the early days of cosmetic surgery—when the world of medicine was a bit like the Wild West and beauty doctors were the newest breed of outlaw. Temptation Rag: A Novel immerses readers in the bawdy atmosphere of vaudeville and early twentieth-century African American musical theater in a story about the price of freedom, the longing for immortality, and the human need to find forgiveness. Elizabeth currently lives in Arizona with her husband and their much-loved and very spoiled black Lab.

During the Blog Tour we will be giving away copies of Bernard's other novel, The Beauty Doctor. One paperback and two eBooks are up for grabs. To enter, please use the Gleam form below. Giveaway Rules – Giveaway ends at 11:59pm EST on March 15th. You must be 18 or older to enter. – Giveaway is open to US only. – Only one entry per household. – All giveaway entrants agree to be honest and not cheat the systems; any suspect of fraud is decided upon by blog/site owner and the sponsor, and entrants may be disqualified at our discretion. – Winner has 48 hours to claim prize or new winner is chosen. Temptation Rag