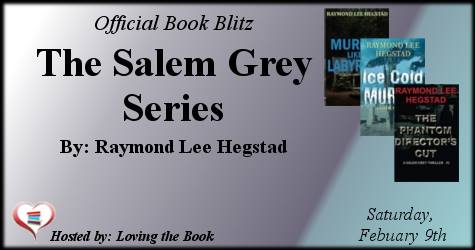 Raymond Hegsted was Born in Juneau, Alaska and raised by a truck driving Dad. Joined the Army on voluntary draft and served with 4th infantry Regimental Intelligence and Reconnaissance reaching the rank of corporal.

He spent time living and working in Italy where he also got the chance to travel to many other European countries. After returning to America he helped develop a computerized scheduling system for the Oklahoma Scheduling Department.

After ten years of marriage ended in divorce he was sent to Ohio to head up corporate scheduling. Here he married second wife, Dr. Glena Louise Hegstad (A Montessori teacher). He then took early retirement, started and managed 5 different Montessori Daycare Schools (three of them in Flagstaff, Arizona under the name of The GlenMar Corporation).

Raymond wrote his first book at the age of sixty-one.  His wife got her Doctorate in education and he wrote books. He love writing! One of the reasons he decided to write was "I got tired of seeing ever one else on TV; I was vicariously living their life and not my own. Everyone had a story...share yours." He and his wife and have enjoyed many years with their four+one children…one child adopted them. They have been happily married for many years. 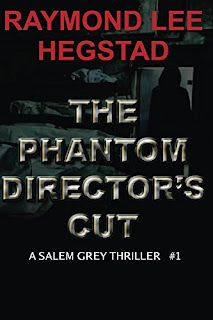 Obsessed with finding a serial killer whom he has chased for years, Salem Grey has moved to a small town in Littleton, Washington.

Operating as a police chief and from his compound home, he is finally closing in. With the help of his lady forensic M.E., A dangerous and shocking reality is being unveiled. 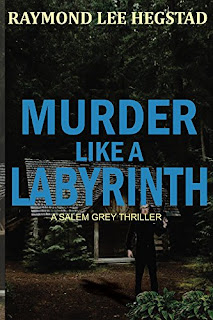 Dr. Riva Parker Grey, Md and Chief of Police Salem Grey go to Las Vegas where Riva is to be the Keynote Speaker at a forensic conference. They meet old friends, but quickly get drawn into a strange series of murders.

As the bodies begin piling up the twists and turns fueled by lies, deceit and unruly children make the investigators feel as though they keep making unneeded or wrong turns in a giant maze. 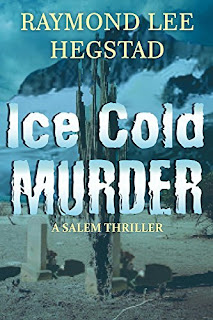 When mass graves are discovered in a glacier and also in the south-west desert of California, Salem Grey is called in to track down the killer or killers.

One of the victims is a woman whom Salem had once dated. Back at home trouble ignite when jewel hunters arrive in Littleton, Washington. Salem's half brother and his new bride become deeply involved. Faithful dogs, Otto, Fritz and Sarg stand ever ready to protect their friends.

For the last hour his gut had been eating at his insides. Like a dose of battery acid scalding his flesh, he could feel his stomach as it scratched with claws of anxiety. Over and over he told himself, “I shouldn’t have lost my temper.” He glanced though the back window of his black pickup truck and fixed his irritated eyes on the flower patterns of the shower curtain lying on the Rhino liner. It was too late to hope it was just a dream or some kind of a stupid mistake; the body was still there, she was not coming back to life. Quickly, he returned his stare to the windshield. Wouldn’t be good if I got stopped by some bored Highway Patrolman.

The light mist was letting up as he zipped past a roadside rest stop. A few eighteen wheelers were pulled over and four or five small cars were parked next to the outhouses, but no patrol cars. Small sheets of water shot up from the back of his truck as he continued heading east on Highway 10. Herschel Mead could feel his heart racing as he spotted the sign indicating he was about to enter Death Valley; it was his destination, and the final stop for Angel Goodgirl, or whatever was her name.