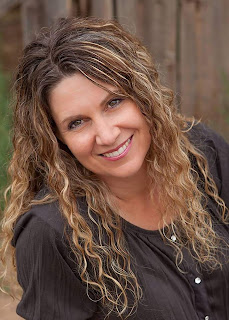 Kelly Nelson graduated from Brigham Young University with a bachelor’s degree. She worked in public accounting for four years before starting a horse-boarding business so she could be more involved in raising her family. As an avid book lover, she later decided to pursue a career in writing. Her published works include The Keeper’s Saga, a young adult fiction series, Love’s Deception, an LDS romance, and The Woman with No Name. Her newest novel was selected as a finalist in the romance category for the 2018 writing contest of the Pacific Northwest Writer's Association. She resides Cornelius, Oregon with her husband, four children, and a herd of horses.

Losing her memory might lead to finding happily ever after. 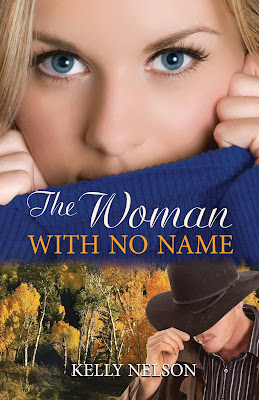 Sworn bachelor Colton Murdock gets more than he bargained for on the elk hunt when he finds an injured woman in Utah’s high country. She must have a history, but she wakes up to towering pines and the clap of a thunderstorm with no recollection of her name or how she came to be there. Colt brings her to the safety of his camp, trying to ignore the first stirrings of his heart since the tragic death of his fiancée six years ago.

The young woman can’t help falling for her ruggedly handsome rescuer, who calls her Skye for her blue eyes. But her life goes into a tailspin when she is recognized as Lily Vanasche, fiancée of a popular TV news anchorman, and Colt is arrested for a series of crimes—including her abduction. After the real kidnapper leaves a death threat in Lily’s ransacked house, the clock starts ticking. Can she remember her past before it catches up with her?

Colt frowned at what appeared to be the beginning of a bruise on her face. “How did you get way out here?”
“I was . . . um . . . This is so weird. I’m not sure.”
She met his gaze, and the confused look on her face turned to annoyance. “I thought you were leaving. This is really none of your business.”
A gust of wind threatened to steal the hat off Colt’s head, so he tugged the brim down lower. “Not after the way my mama raised me. She’d tan my hide if I left you alone out here. Let me help you get somewhere safe, and I promise I’ll be on my way. Now, what’s your name?”