Beyond Her Calling by Kellyn Roth Blog Tour with Giveaway :) 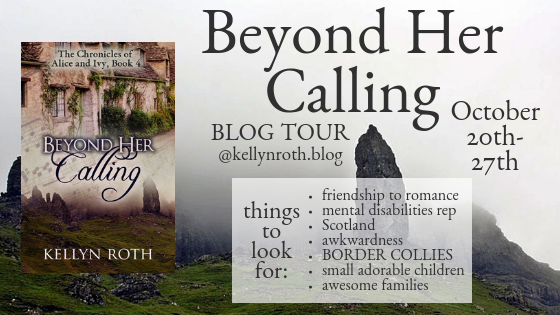 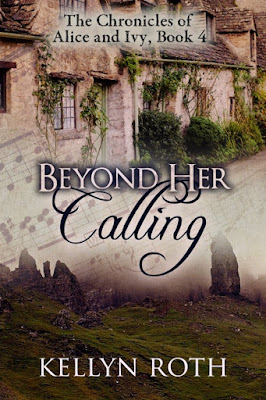 At twenty, Ivy Knight feels as if she hasn’t accomplished anything of worth. Her life stretches on before her, empty and pointless. Though her faith in God and her mental abilities have been strengthened, she still doubts herself. Does God have a purpose for a socially awkward, often confused and frightened young woman?

Jordy McAllen has just returned to Scotland after his education in London. Though he has accomplished a lot for a farm lad such as himself, he fears that what everyone has always said about him may be true: he won’t really make a good doctor. Determined to prove himself, Jordy snatches up the opportunity to become the doctor in the village of Keefmore near his parents’ farm.

Helping Jordy with his work at Keefmore seems like the perfect opportunity for Ivy. Still, she doubts herself. Is there a purpose to Ivy’s life?

A clean and pure Christian historical romance with:

And be sure to check out the Facebook party every day this week for exciting updates!
Author Bio

Kellyn Roth lives on an Eastern Oregon ranch with her parents, little brothers, border collies, cats, and a few dozen cows and chickens. Always a lover of a good story, and especially of telling one, she’s been writing since she was seven and published her first novel at fourteen. Now a homeschool grad, she divides her time between penning her next Christian historical novel, creating professionally silly articles at kellynroth.blog, and her actual life. Actual life plays second fiddle sometimes, though.

Find out more on her website: https://kellynrothauthor.com/
Book Links

Enter the giveaway to win a signed paperback copy of Beyond Her Calling!