The Wrong Brother for Brooke by Michele DeWinton Book Tour and Giveaway :) 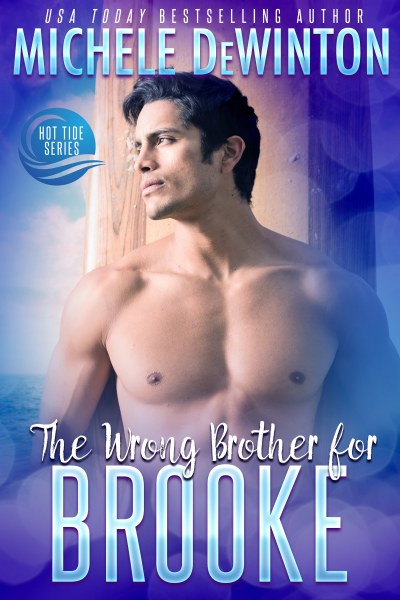 If he is the wrong brother, then why does this feel so right?

When a woman slithers into his hot tub, Kainui Keahi thanks the Kahuna gods for providing the mermaid of his dreams. But when it becomes clear it was his brother she was looking for, not him, he does the honorable thing and sits on his hands while she flees. The woman is impetuous, driven, and all kinds of wrong for him. But he can't shake the feeling her body is meant to be his.

Brooke doesn't have time to be embarrassed about a misplaced fondle in the dark. She's headed for World Surfing League glory, her eyes focused on winning the surfing competition. Until she dislocates her shoulder.

Kainui is assigned as her physiotherapist and Brooke struggles to accept he'll get her skin under his hands once more. But when Kainui whisks her away from the competition and shows her a different side of Indonesia, their doctor/patient relationship is in danger of becoming something deeper, and hotter.

Perhaps Brooke got the right brother after all... 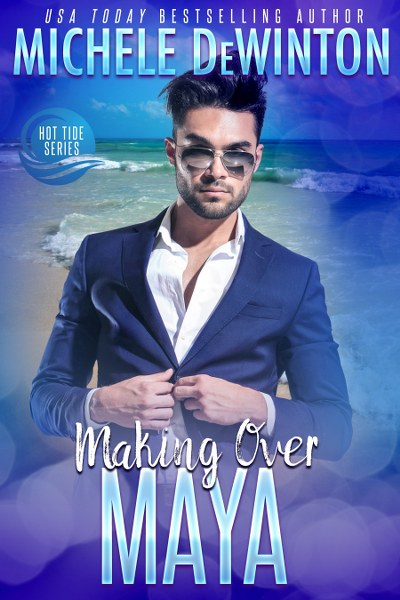 This Cinderella isn't supposed to end up with the Wolfe.

Maya Taylor is all sass and style when it comes to closing a PR deal, but when it comes to men, she has about as much witty banter as a drowning grommet. So when fashion mogul, Dominic Wolfe, enters her life, he seems to be bringing the perfect deal.

She’ll teach him all there is to know about the highly competitive side of surf sponsorship. And in return, Dominic will turn the beautiful surf-klutz into a man-magnet. Dream deal, right?

Only the lessons start getting hotter than the beach mid-summer and Dominic realizes he wants more. Much more. But the deal was their relationship wouldn’t cross the line between business and pleasure… 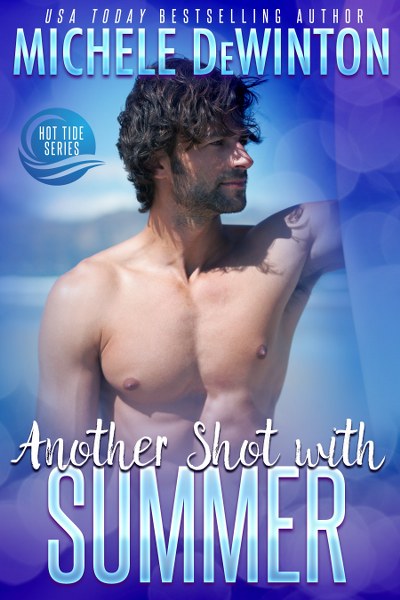 He broke her heart like a cheap surfboard…can he win her back?

After an accident stole his surfing career, Ashton Evans has a chance to reinvent his life by photographing the leaders of the World Surfing League. The problem? Summer Roberts is his first client. Now the woman he can’t forget is spending long, hot Indonesian days in front of his lens. In a bikini. And worse, she’s steaming up his nights.

But no matter how tempting Summer is, Ashton must keep his hands to himself. For the sake of her career, Summer is pretending she’s still in a relationship with someone else. Being seen with Ashton could blow her chance at making it onto the World Surfing League leader board for good. But with their attraction as unstoppable as one of the giant ocean waves that rule their lives, will they be tumbled under by it? Or will Ashton finally get his second shot with Summer?

Get ready for a wet, hot ride.

The photographer had suggested using the very end of Grumari Beach for their shoot, and now Summer could see why. Part of an environmental reserve about fifteen miles from the main sand bar and shops, it had a deserted island feel, although nowhere in Brazil could strictly be called deserted. She headed over to where a man moved around a stack of camera equipment, his back to her. "I thought about doing something more urban. You know, with the backdrop of Rio to spice up the image, but it seemed wrong. If the client really wants sun-kissed, this is about as sun-kissed as it gets.” Summer froze. That voice. And then the photographer stood from where he’d been partially hidden behind his gear. The full impact of Maya’s text sunk in. “You!” Summer’s heart swelled to twice its usual size, and she felt the blood beating all the way up to her ears. Ashton. The man whose picture she’d kept under her pillow as a teenager, and the man who had haunted her loneliest moments as a young woman. The bastard. “Oh. She said she’d squared it away with you. She pulled a fast one on both of us, huh?” “Don’t worry. The cab can’t have got far. I’ll just call him back.” Ashton caught her arm as she swiveled to leave, and she tried to pull free as if he’d stung her. Her reaction to his touch was the same as when she’d been a teenager. Hot, firm, sending her senses into sharp overdrive, his fingers made her skin burn. These were feels she was not ready to feel again. He dropped his hand, and there was an awkward moment where they looked at each other, frozen, and Summer realized he felt it, too. His face was shocked, his eyes wide. The moment grew longer, her breath catching in her throat as she waited, unsure of what to do next. Then his pupils returned to normal, and his face softened. “We’re here now, and the light is about to turn. Maya’s told the client I’m on the job, so I need to get the shots. I’ll just be the photographer. Everything else…” He waved his hand between them. “It’s history. Ancient history.” She felt his gaze on her a moment longer than was strictly necessary. She brushed at her face, as if trying to get the sensation of him off her skin. Then her awe turned to anger. “I guess it is all about you, after all. Wouldn’t want you missing out on keeping your new client happy.” “That’s not what I meant. Shit.” He rubbed his chin. “This is not how I wanted to see you again after so long.” He looked about as if trying to find a distraction and came up empty. “I’m a different guy behind the camera. I promise.”
She kicked the sand and wished the extra freckles the sun had added to her face today would fade instantly. Nothing like freckles to make a girl feel like a girl, instead of a woman. You are not a girl. Be the bigger person. There was an awkward pause. She straightened. “Fine,” she said. That was all she was going to give him. Short, calm, professional. 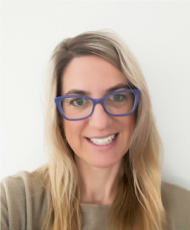 It's no wonder that Michele's first romance has a little sparkle of the stage tucked into its pages as she was a performer long before she got adicted to the page. Being a writer was not what she was supposed to be when she 'grew up' but then neither was a dancer. Her poor parents. They thought that when she toddled off to law school they'd bred a responsible, useful adult and instead they got a performer and word junkie.


She now writes full time in a studio surrounded by the whisper of wind in the trees and only intermittent interruptions from her young son, husband and hunger pangs. She's based in New Zealand (land of beaches and hobbits) loves chocolate, yoga, sunshine, her boys and happy endings.