Something Wicked by Emery Nicolson Book Tour and Giveaway :) 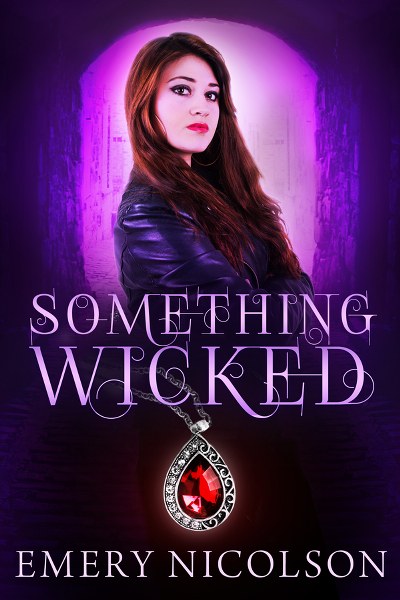 The winds of change are blowing… And something wicked is brewing in the dark.

Millie Lockhart is descended from a long line of powerful witches but that doesn’t mean she has the foresight to avoid being stood up by her blind date, nor the courage to change her miserable life.
Stuck in a rut and unappreciated by her family, Millie must make a choice when fate throws the criminally sexy Colm Walker her way. A choice between a man who is a complete anathema to her family – but makes Millie feel alive - or to languish in her status quo.
Saying yes to Colm Walker could make all of Millie’s dreams come true… Or it could cost her everything.
Including her life.

Something Wicked was originally published as a 20,000 word novella back in 2015. It has been modified and extended into a full-length novel of over 65,000 words.


This book is written in British English which means British spellings and idiom.

It really is amazing the impact someone can have on your life, how someone can come to mean so much to you, in such a small amount of time. I’ve often heard it said that emotions don’t have brains and I want to high five the person who first voiced it, for it is so bloody true. Colm and I were a thing for one weekend, three days, yet here I am weeks later still dodging memory bombs and studiously ignoring the part of myself that’s telling me I’m stupid and need to speak to him. Deciding the romcom must die, I violently bash the channel button to see what’s up next. Up next is a baking competition, this makes me hungry and pissed off cause I don’t have any cakes. Changing the channel again I find a documentary about the Salem witch trials. Seriously. What the fuck is wrong with the TV programming tonight? Turning the TV off, I pull my blanket around me tightly and toss the remote onto the side table, watching dust dance in the lamplight. 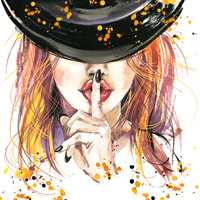 Emery Nicolson lives in the south of England with her husband, son and assorted fur babies. In her spare time, she likes to think about writing, binge watch tv shows, read and partake of pyjama-themed dance parties often while drinking spiced rum from a mug. Something Wicked is her first novel.