Poohsticks Bridge by The Birch Twins Book Tour and Giveaway :) 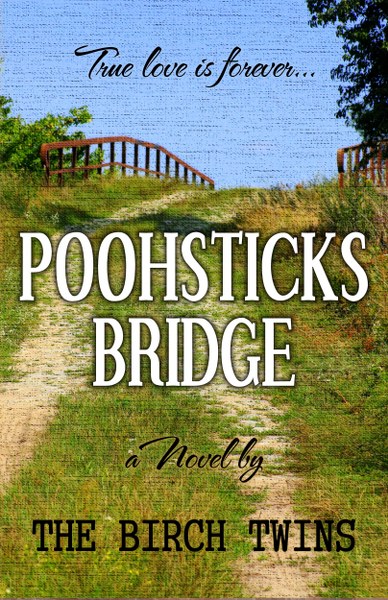 Beginning as a childhood game, Poohsticks Bridge tells the sweet story of a friendship between two children that, through the years, blossoms into adult love with an unbreakable bond and faith in one another. John and Melissa are tested throughout their lives by hardships, pain, and separation, yet their love and determination to live life together to its fullest never falters. In today’s culture of having everything, this couple shows us how a few, simple things can lead to a satisfying and fulfilling life.

Poignant in the extreme, you’ll want to keep the tissues nearby. These two will make you laugh, cry, and fall in love … with life and with them.

After being tricked by his brother, John returns. 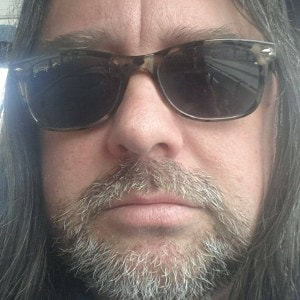 I write under the name “The Birch Twins.” Helen, my twin, didn’t live to see life, and so I write for her. I’m a full time poverty stricken doll artist who took to writing as I seemed to spend more time writing out little back stories for the characters I created. My first book The Life of LOL was written in five weeks, and was about gangsters, grifters and drifters. Lots of cartoon slapstick violence mixed with a serious message.
Poohsticks Bridge, the new novel, shows my twin’s voice at is strongest as it tells the story of a little boy who begins to grow up lonely and alone, until he meets a little girl. It’s a glimpse of a life that Helen and I could have had together. She writes through me, I can feel her presence and hear her voice. Her tone is often wistful, low on movement, mature and often quiet, while I am brash and loud and full of silly car chases and boyhood dreams of rockets to the moon. We have the perfect writing partnership.
Facebook * Amazon * Goodreads

When did you first consider yourself a writer?
I was about eleven when we first did creative writing in school. I spent far too long on my little scifi story, which was basically a rip-off of Star Wars. But I loved doing it, and instead of simply watching the action, or reading it, the characters did and said what I wanted them to do. That’s a lot of power to give an eleven year old kid with an imagination. Shortly after, I bought a utility for my tiny computer that allowed me to write and create text based adventure games. I made hundreds of them and learned to create worlds, and characters and lost myself in the different places in my mind. I think that was the first moment I realized that I liked to write, instead of watch or play

Do you have a favorite movie?
Oh, I have several. I’ve a soft spot for Convoy, and I love the original three Star wars movies

Which of your novels can you imagine made into a movie?
The life of Lol possibly. A badass female bandit and grifter. I can’t imagine why it isn’t a movie yet?

As a writer, what would you choose as your mascot/avatar/spirit animal?
My mascot and Facebook avatar has for many years been Natalie, a little wheelchair bound bald doll in a straightjacket I made years ago. Chosen because, despite her insanity, she exists as a beacon of calm for all those around her. And despite my own obvious borderline insanity, I’m still the most stable dependable person in my house. In a way, I became Natalie. Frequently seen in her own comic strips on The Birch Twins page and occasional as the avatar picture

What inspired you to write this book?
My relationship with my twin sister, Helen, and what life would have been like with her.

What can we expect from you in the future?
A sequel to Poohsticks Bridge entitled Tales from Belle-Starr House is being prepared, as is a new comic book entitled The Life of Tim, which is centered around a neurotic, suicidal office worker. I publish regular shorts and poems on The Birch Twins Facebook page

Do you have any “side stories” about the characters?
Hundreds and hundreds. Every side character has their own story, some which will be told, some which might never be. The one with the biggest is Maddisen, the lawyer who appears in both books. From The Life of Lol (my first book), Bobbie-May Moses appears as “a hillbilly girl” in a gas station for one tiny scene, and yet her tale of abuse, rape and murder will be the main plotline in a planned sequel to The Life of Lol