Blythe of the Gates by Leah Erickson Book Tour and Giveaway :) 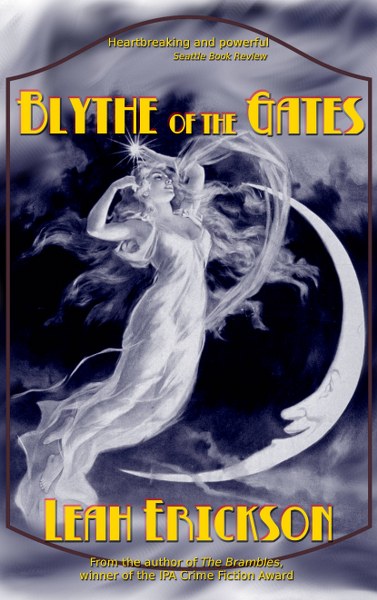 Blythe of the Gates
by Leah Erickson
Genre: Historical Fiction

Can the gates of perception be bypassed?

A rash love affair with a member of the Irish Mafia catapults Luna Mulkerrins into scandal, murder, scorn and decadent friendships in Ragtime Manhattan. Escaping from the blaze of publicity, a new Luna emerges: Blythe of the Seven Gates. Her meteoric rise as a magician leads to fame, vaudeville, silent movies and the notoriety of a damaging court case. Can Luna reclaim her reputation and reinvent herself as an independent woman of the time?

From Leah Erickson, author of The Brambles, winner of the Crime Fiction award from the IPA.

Up the stairs she hurried, a rustling paper bag in one arm; her eyes strained to adjust to darkness again. Lit by a single bulb that hung from the ceiling, the air in the stairwell to their apartment felt close with the smell of cooking odors. Pausing to catch her breath and steady herself, she opened the door. “I'm back,” she called and pulled off her gloves on her way to the small kitchen. The Magician said, “Humph,” from the front parlor. In the paper bag were potatoes, a half dozen rosy blushing apples, and a bundle of carrots, vibrant with the dirt and grit still on them, and frothy green tops that stuck up out of the bag like plumage. She unpacked onto the countertop, and touched gently everything with her fingers as she listened, still, gauging the mood in their small rooms. “I-I got some lovely apples. I could make a pie or … or a tart? I saw nothing good at the fishmonger's, but I—” “Luna, will you come in here, please?” Her heart stilled, and then suddenly started up again with a loud, irregular gallop, like that of a crippled horse. But when she went into the parlor, he did not even look at her. He held a large piece of paper, unfurled from a large cardboard tube, now propped in the corner. “Come here, girl, and tell me what you think of this.” He turned the key of the rose-colored globe lamp and then knelt at the edge of the coffee table, smoothing it with his hands. “Oh!” It was, she saw, the new poster for the act: COSMO, THE INCOMPARABLE, in large yellow letters at a dramatic slant across the top. She stared at the picture below, at the illustration of the Magician wearing white tie and tails, hair center-parted and combed back, gleaming, his hands held out, god-like. Levitating before him in a silvery dress, filmy and insubstantial as smoke, was Luna, eyes closed, dark hair loose and swirling as though she floated in water. “I, um …” “Well?” “I-I like the design in the background.” The background was an inky midnight blue, with silver stars and a silver half-moon with a beautiful woman's profile on it, smiling a mysterious close-lipped smile. “But look at me.” The Magician flicked the paper with his finger. “It looks nothing like me.” “Oh, but I think it does …”
“The mouth is too soft, and the brows are too faint.” In truth, the illustration did soften him. In real life, he had heavier brows, more thunderous. His nose and chin sharper and more thrusting. His mouth, though small and full-lipped, had a hardness about it, even when in a good mood. And his hair never stayed down neatly. It was thick and unruly and spilled forward from his deep widow's peak. “I think it is quite nice.” Her eyes lingered, uncomfortably, on her face in the poster. The illustration made her look beautiful but dead. It was eerie, as if she were watching herself asleep. Something she was not supposed to see … “Come to, girl. Speak sensibly. Finish your sentences.” “B-b-but it's only our first poster. There will be others—” “Our first, yes. But our most important, that's the problem. I've worked hard on this act, harder than I've worked on anything, and every detail has to be perfect. If we are going to take the act on tour one day, first I have to conquer New York! I will not fail. I will not be laughed at.” “But darling, we are at the Beaumont Theatre, three matinees and three evening shows a week, surely you can say—”
“Surely, nothing! Even though we are the best there is, if we don't have proper billing, then it's all for naught. I want to strangle that printmaker. Shoddy work and he ripped me off, charging me not what he quoted.” His eyes darkened, and he pursed his reddish lips grimly. “Someday he'll get what's coming to him.” A compressed stillness overtook the Magician at times like this: an inert force that felt as though it sucked the air from the room. “Oh, now, darling,” she fluttered, voice high, chest tight, eager to distract. “The new stage dress I am making for myself is coming out so nicely.” “White?” His eyes darted back quickly from the void and trained intently on her face. “Y-yes. White.” This came out in a whisper. It threw her off when his whole attention focused on her and she tended to lose her train of thought. “Like the one in the poster?” “Yes. Sort of.” “Well, I would like to see it on you.” “It will be ready, I think, tomorrow.” “Well, it had better be. We open Saturday. And I don't think we've rehearsed nearly enough.” The rehearsals. They had felt endless, and just thinking of them drained the life right out of Luna. I just won't think about it. He rolled up the poster, a pensive look on his face. “Well, anyway,” he murmured after a while, “best get to that pie.” 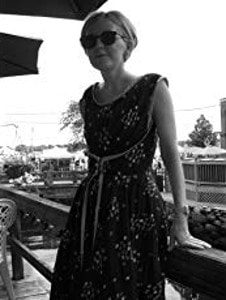 Leah Erickson is the author of the novel "The Brambles" (2017) and "Blythe of the Gates." She is the recipient of the 2018 Independent Press Award and the Independent Book Award. Her short fiction has appeared in many magazines and journals in print and online, including The Fabulist, Pantheon Magazine, The Saint Ann's Review, Eclectica, The Coachella Review, and many more. She lives near Newport, Rhode Island with her husband and daughter.