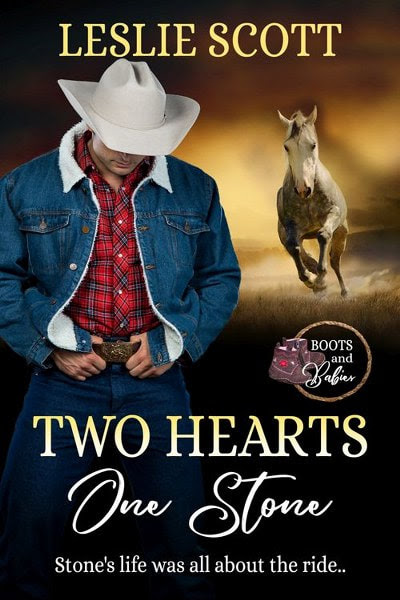 
Horse trainer Stone Dempsey’s life is all about the ride—with horses and women. He uses his equine talents to impress the country club set and earn money for Smoky Mountain Reining Horses. When his drug-addicted sister deposits her sick baby on his doorstep, he’s suddenly saddled with real responsibility.

Dr. Emmersyn Cole’s goal of starting a practice in her favorite place on earth is finally coming to fruition and she is not going to be sidetracked. Everything is going great until Stone swaggers into her life, half-dressed with a smile that could melt her insides. She's determined to keep her distance…until he rushes into her grandfather’s home, clutching a feverish baby, terrified and vulnerable, and her heart’s hard shell begins to crack.

In only a few short weeks, Stone’s wayward heart suddenly relies on two women—one who needs him—and one that he might not be able to live without.

His upper lip curled into a snarl, but it did little to dampen her flourishing attraction. She took a step forward and sucked her bottom lip between her teeth. Ready to do just about anything to wipe the forlorn look from his face. That’s how he does it.
Without even trying, he’d reined her in like his horses. She stood closer, at ease, and far too eager to please him. When she lifted her gaze to his, the slow burn of tension-laced desire beckoned her. “Oh no you don’t.” Emmy took two dramatic steps backward.
His laugh in response wrought a heat in her cheeks. Annoyed with her behavior, she fisted her hands on her hips and spun away. She was an intelligent, highly educated, independent woman. Absolutely not the sort to get sucked into the Stone Dempsey tractor beam of sex and debauchery. She only managed half the length of the barn when, abruptly, he stopped laughing. “Emmersyn.” Had the sound of her name ever held such a heated promise? 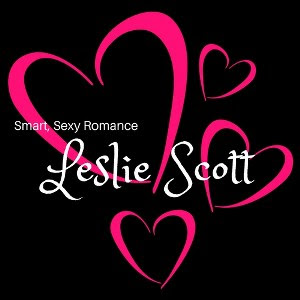 Leslie Scott is an avid romance reader and writer, a PAN member of RWA, and a homeschool mom to one gifted eleven year old. Her debut novel was released in December of 2017. She spends her days (and most nights) crafting sexy, drool worth heroes and sassy, opinionated heroines.


My writing process is unique to each project. Recently (in May of this year) I wrote an entire romantic suspense title (available sometime next year) in less than thirty days. Front to back, revised, seventy thousand words, in a month. Yet I’ve been working on my current project (the third of my Arkadia Fast series) for almost a year. Each project is different and requires different level of attention and effort from me. With Two Hearts, One Stone I was testing myself, trying something new. I’d never written a novella, nothing short. At the time my shortest novel was eighty-five thousand words. The open call at my publisher came up and off I went to rope me a cowboy—so to speak. I’d like to think I did well. I enjoyed Stone and Emmy immensely. Enough so that one of my next projects will be a full length novel following the romantic entanglement of one of the characters introduced in these pages. I hope you enjoy it!