Farewell My Life by Cynthia Haggard Blog Tour with Giveaway :) Farewell My Life by Cynthia Haggard

Angelina led a life which required her to fib. When Angelina, the black sheep of the Pagano family, meets the mysterious Mr. Russell, she has no idea that she has seen him before…in another country. And so begins Farewell My Life, a novel in three parts, which spins an operatic tale of dangerous love and loss. The Lost Mother, the first part of this novel, slices back and forth between time and space, opening in the charming village of Georgetown, Washington D.C. while reflecting a family’s troubled past in the lovely village of Marostica in the Italian Veneto. An Unsuitable Suitor, the second part of the novel, is a Cinderella-ish tale with not-so-charming princes who inhabit the edgy setting of 1920s Berlin. Farewell My Life, the last part of the novel, set again in Berlin, Germany, during the dark 1930s as the Nazis gain power, takes comfortable lives, assumptions and civilizations and crumbles them into ash.

The rest of the fall was just as disastrous as his marriage. On October the first, the Munich Agreement forced the Czechs to give up the Sudetenland to the Nazis. On October the second, the Poles occupied Teschen and Freistadt. On October the third, Hitler toured the Czech defenses that Russell had seen for himself a month before. Russell wandered along Bendlerstrasse, so tired he couldn’t sleep, so on edge that everything was too much, the corners of the buildings too sharp, the sunlight too bright, his starched shirt too scratchy. He needed a doctor. He wasn’t getting any rest, but even in his current state, Russell drew the line at using drugs. He drank far too much black coffee in the mornings, then tried to induce sleep by downing too many scotches on the rocks in the evenings. But the alcohol woke him too early, before he’d had a chance to catch a deep sleep. Most of all, his rage had nowhere to go. It detonated in his too-quiet bedroom as he went to bed. It revved him up during the early hours, as he paced, smoked, drank. It slid into his thoughts at awkward moments during the day. It choked every breath. And sometimes it seemed that every time he drew breath, his chest threatened to explode. This couldn’t be good for his heart. If matters didn’t improve, he could find himself in an early grave, like Lamo. Russell paused for a moment. How he missed his brother, how he longed for his advice. Lamo’s absence was profound, deafening. Now that this mess over Czechoslovakia was over, he could leave Berlin and head home. But he couldn’t go without his children, he couldn’t depart without his wife. Grace was still his wife, wasn’t she? Russell had heard nothing, seen nothing, since that encounter with Grace in London. Feeling nauseous, he pushed his way up the steps of the American Embassy, forcing himself along the dim corridor towards his office. Slowly, he grasped the brass knob and opened the door. A figure was sitting in a club chair in front of his coffee table, powdering her face. Angelina raised her head and twisted her lips into a ghastly smile.

Praise for Farewell My Life

"A unique, deftly scripted, and extraordinary novel by an author with a distinctive narrative storytelling style that will hold the readers dedicated attention from beginning to end, "Farewell My Life: Buona Notte Vita Mia" is an impressive and unreservedly recommended addition to both community and academic library Contemporary Literary Fiction collections. One of those rare novels that will linger in the mind and memory long after the book itself has been finished."--Mid-West Book Review "The author knows her characters very, very well; this shows in the consistent and very individual way they act. This is not a plot-driven story; it's character-driven. In this book, the characters are the jam which holds everything together. The best example of this is Grace, the talented violinist, who, simply, jumps off the page. I loved her."--Wishing Shelf "This is not your typical mystery; it's for fans of thrilling action and historically­-inspired events...Contra to the status quo of the genre, the men are the romantics - though in a deranged manner - and the women showcased are the core strength of the novel."--BookLife Prize. "The author...adeptly summons the era in all its manners and details with her descriptive prose...Her omniscient, third-person narrator effectively flits through the heads of various characters, offering momentary glimpses of their inner lives."--Kirkus Reviews "I loved the elaborate descriptions of all the places in this book. This is the kind of book that shows instead of just telling. The characters are very well-developed and interesting to read about. Angelina is a fascinating character, as is Grace. Along the duration of the book, Grace learns a lot about herself. I was amazed by her quiet yet vibrant personality, and her brilliant talent."--Pavani Mathur (The Voracious Bibliophile) 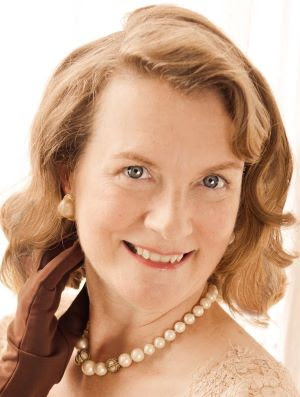 Cynthia graduated with an MFA in Creative Writing from Lesley University, Cambridge MA, in June 2015. Her first novel, Thwarted Queen, a frustrating tale (hence the title) of Lady Cecylee Neville (1415-1495) who was nearly crowned Queen of England, was shortlisted for many awards, including the 2012 Eric Hoffer New Horizon Award for debut authors. To date, sales have surpassed 38,000 copies. Her forthcoming novel, Farewell My Life, is a Cinderella-ish tale with not-so-charming princes who inhabit the edgy setting of 1920s Berlin. When she’s not annoying everyone by insisting her fictional characters are more real than they are, Cynthia likes to go for long walks, knit something glamorous, cook in her wonderful kitchen, and play the piano. You can visit her at www.spunstories.com. You can also find Cynthia on Facebook, Twitter, and Goodreads.

During the Blog Tour, we are giving away two eBooks of FAREWELL MY LIFE! To enter, please use the Gleam form below. Giveaway Rules – Giveaway ends at 11:59 pm EST on October 9th. You must be 18 or older to enter. – Giveaway is open to the US only. – Only one entry per household. – All giveaway entrants agree to be honest and not cheat the systems; any suspicion of fraud will be decided upon by blog/site owner and the sponsor, and entrants may be disqualified at our discretion. – The winner has 48 hours to claim prize or a new winner is chosen. Farewell My Life